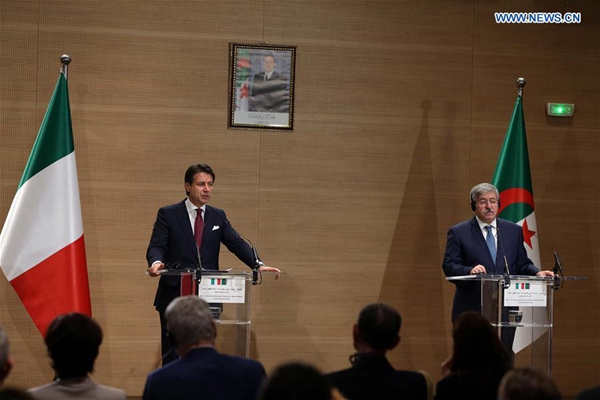 He made the remarks during the press conference jointly held with his visiting Italian counterpart Giuseppe Conte.

Ouyahia stressed that "Algeria and Italy need to strengthen their economic partnership in various fields, including in energy sector," adding that the two countries have so far signed 50 bilateral agreements in various fields.

He further said that the two countries are determined to strengthen their relations in security cooperation to combat all kinds of crimes.

He pointed out that Algeria is committed to bring home all its illegal immigrant nationals abroad, based on international laws, bilateral agreements, and the respect of human rights.

Conte's visit is part of the promotion of the high-level political dialogue between Algeria and Italy.