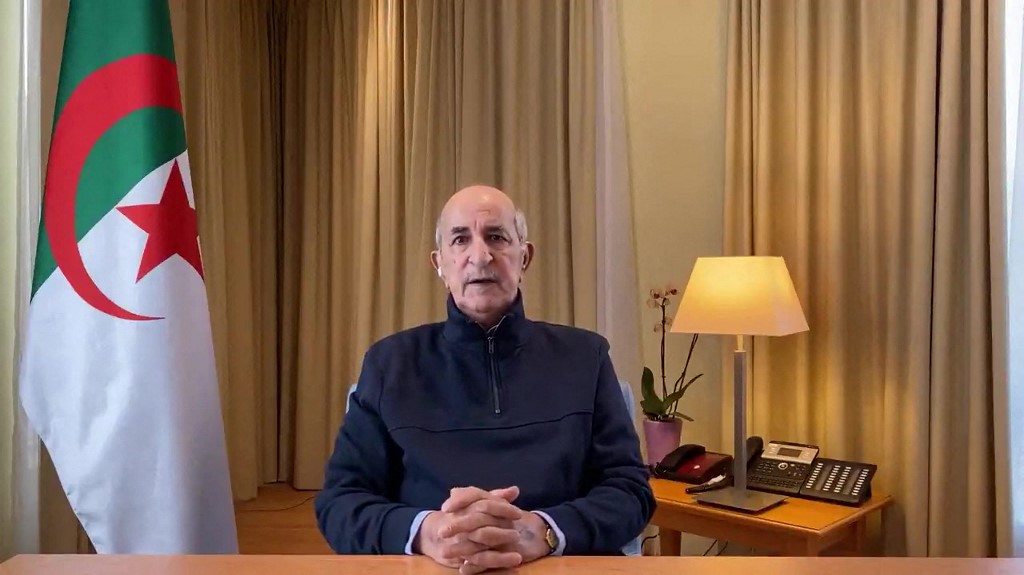 An image grab taken from a video published on the personal twitter account of Algeria's President Abdelmadjid Tebboune on December 13, 2020 shows him delivering a speech to a camera next to an Algerian flag. (File photo: AFP)

Tebboune signed a decree to partially reshuffle the cabinet, noting that Abdelaziz Djerad has been maintained as the prime minister, the official APS news agency quoted a statement of the President Office as saying.

Tebboune also signed a decree to dissolve the lower house of the parliament, the APS reported.

The president pledged a couple of days ago in a speech to the nation that he would reshuffle the cabinet and dissolve the National People's Assembly.

He added that early parliamentary election will be held within three months after the dissolution of the parliament.

Such changes came on the eve of the second anniversary of the popular uprising on Feb. 22, 2019, which forced former President Abdelaziz Bouteflika to resign and led to the imprisonment of several top politicians and businessmen over corruption charges.