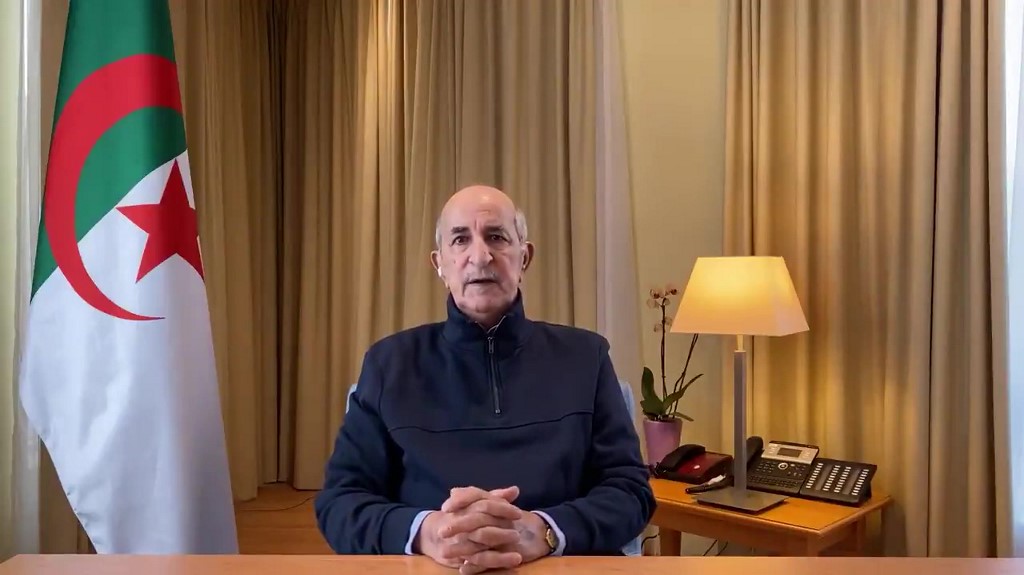 An image grab taken from a video published on the personal twitter account of Algeria's President Abdelmadjid Tebboune on December 13, 2020 shows him delivering a speech to a camera next to an Algerian flag. (Photo: AFP)

The announcement came in a five-minute video Tebboune posted on his official Twitter account, the first appearance of the Algerian President in more than two months.

Tebboune said he should return home after three weeks at most.

"Despite illness and being away from home, I have been following closely what's going on in the country," he said.

"I have ordered the Presidency to discuss with the law expert commission, in a bid to draw up a new election law as soon as possible to carry on the post-constitution process," the President added.

On Oct. 27, Tebboune was admitted in a specialized treatment unit at the Central Army Hospital in the capital Algiers, before being rushed to Germany a day later for "in-depth medical examinations" upon recommendation of his medical staff, according to a statement by the Presidency.