WORLD All 189 people aboard Indonesia's crashed plane may have died: search and rescue office

All 189 people aboard Indonesia's crashed plane may have died: search and rescue office 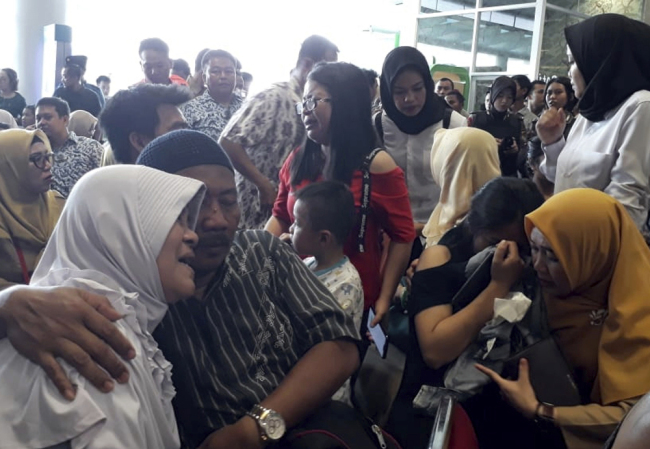 Relatives of passengers comfort each other as they wait for news on a Lion Air plane that crashed off Java Island at Depati Amir Airport in Pangkal Pinang, Indonesia Monday, Oct. 29, 2018. [Photo: AP]

The Indonesian national search and rescue office said on Monday that all the 189 people onboard a Lion Air plane that crashed into the sea off western Indonesia may have died.

Indonesian aviation and transport safety officials say a Lion Air plane that crashed into the sea with 189 people on board had been cleared by air traffic controllers to return to Jakarta's airport following a request from its pilot about two to three minutes after takeoff.

Novie Riyanto, the head of AirNav, which manages air traffic in Indonesia, said the pilot made a "RTB" or return to base request "just two or three minutes after it took off and the ATC has approved."

Parts of human bodies have been discovered in the waters off Indonesia's West Java province where a Lion Air plane with 189 people aboard crashed on Monday, a rescue official said.

"Several parts of human bodies and things have been found on the scene," Yusuf Latief, head of communication for media of the national search and rescue office, told Xinhua by phone.

The findings would be brought to the newly set up crisis center in Tanjung Periuk port of Jakarta before being shifted to the police hospital, Yusuf said.

The chief rescuer could not give a specific number of the retrieved bodies.

As many as 30 divers were trying to reach the main wreckage of the Boeing 737 Max 8 plane, according to the agency.

Two babies and one child were among the people onboard the JT 610 flight, which crashed into the sea off Karawang of West Java province shortly after taking off from Jakarta's Soekarno-Hatta international airport, according to the Transport Ministry.

Indonesian President Joko Widodo has ordered the National Commission for Transportation Safety to investigate the cause of the plane crash.

While attending a conference in Bali on Monday, the Indonesia president said rescuers were making their best efforts to find victims.

An Indian pilot was among the people onboard the crashed plane, who joined the low-cost carrier in March 2011, the Indian media reported.

A spokesperson from Basarnas, Indonesia's National Search and Rescue Agency, said that the Lion Air crash off Indonesia's coast had no survivors, Sputnik reported.

The plane took off at 6:20 am local time and lost contact 13 minutes later.

A total of 189 passengers were reportedly on the flight, tally including one child, two infants, two pilots and five crew members.

Indonesia's finance ministry says 20 officials are on board the crashed Lion passenger jet, according to spokesman Nufransa Wira Sakti. 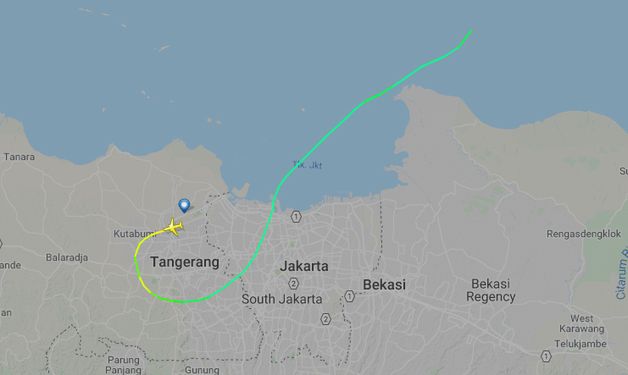 Here is the plane's path, according to Flight Radar

Indonesia's rescue agency says they have found plane debris at the crash site.

Basarnas has held a press conference on the disaster at 10 am local time.

The search and rescue agency has deployed ships and helicopters at the site where debris has been found. The sea is about 30-35 meters in depth at the location, according to M. Syaugi, head of the agency.

Lion Air is the largest privately-owned Indonesian airline and among the major customers for Boeing and Airbus in Asia. 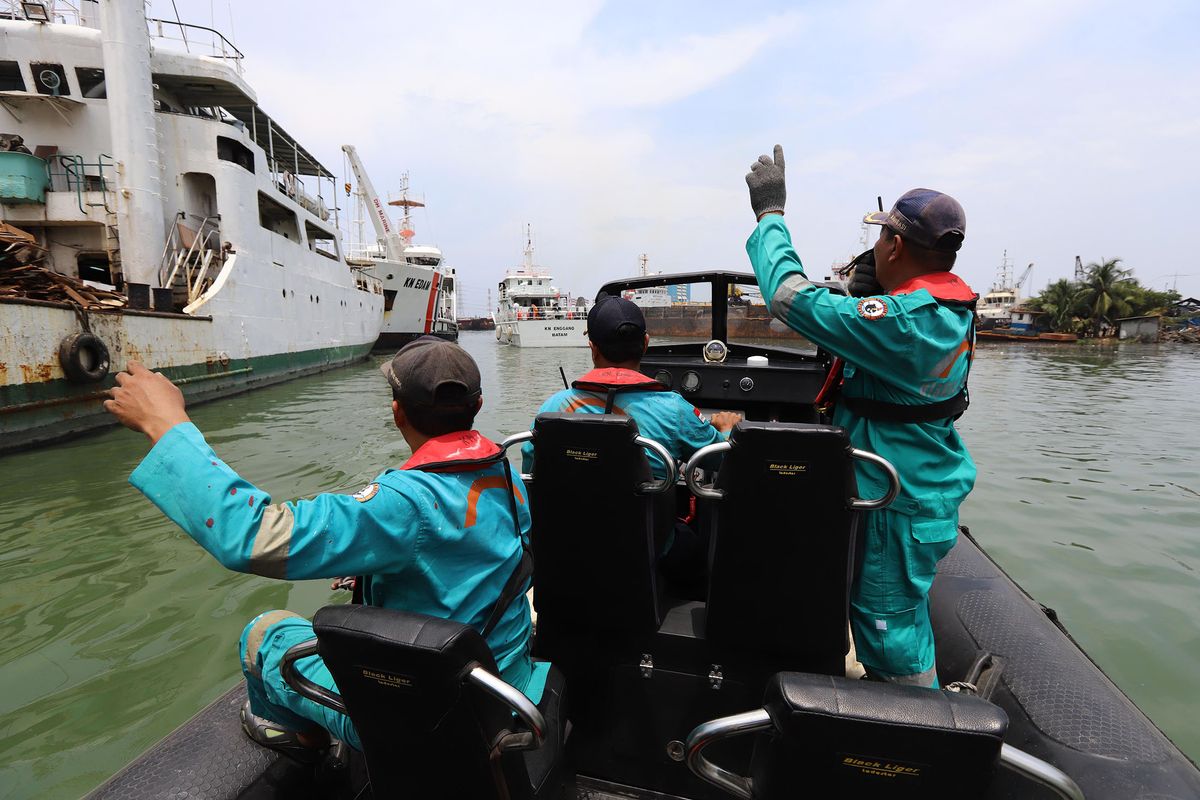 Rescue personnel prepare to search for survivors from the Lion Air flight JT 610, which crashed into the sea, on Oct. 29.

(With input from Bloomberg, Xinhua)