New Zealand police on Thursday said that all 50 victims of last week's terror attack in Christchurch had now been identified, allowing burials to take place. 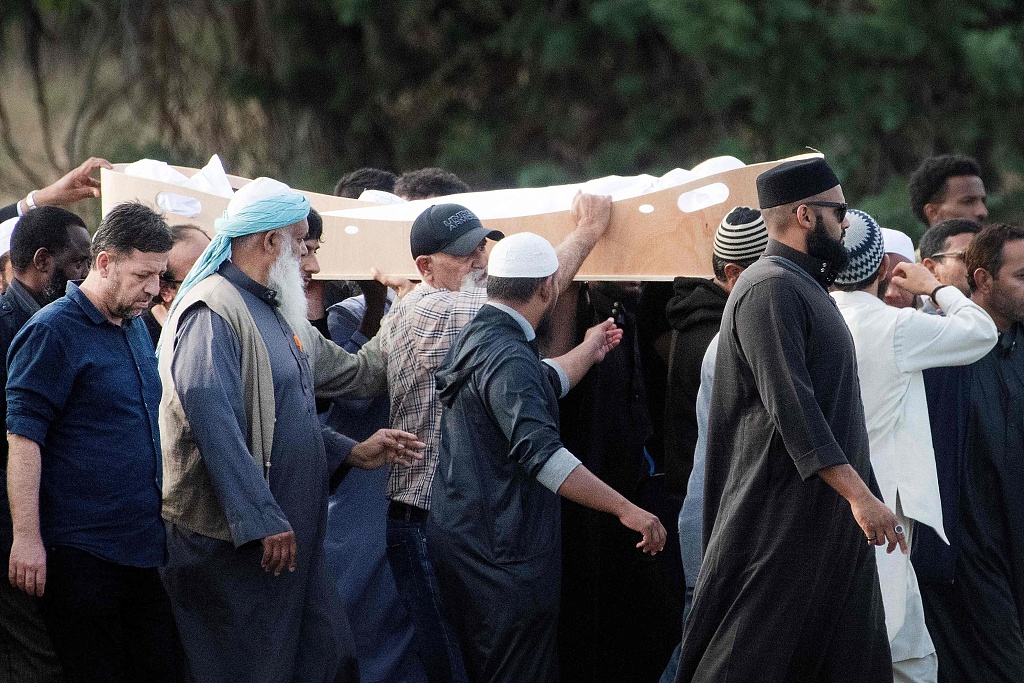 Mourners proceed with the coffin of a shooting victim, slain by an Australian white supremacist gunman who went on a killing spree at two mosques, at the Memorial Park cemetery in Christchurch on March 20, 2019. (Photo: VCG)

"I can say that as of a few minutes ago the identification process and to all 50 victims has been completed and all of the next of kin have been  advised," said commissioner Mike Bush. "That is a landmark for this process."