WORLD All eyes on Lagarde's ECB debut this week

All eyes on Lagarde's ECB debut this week 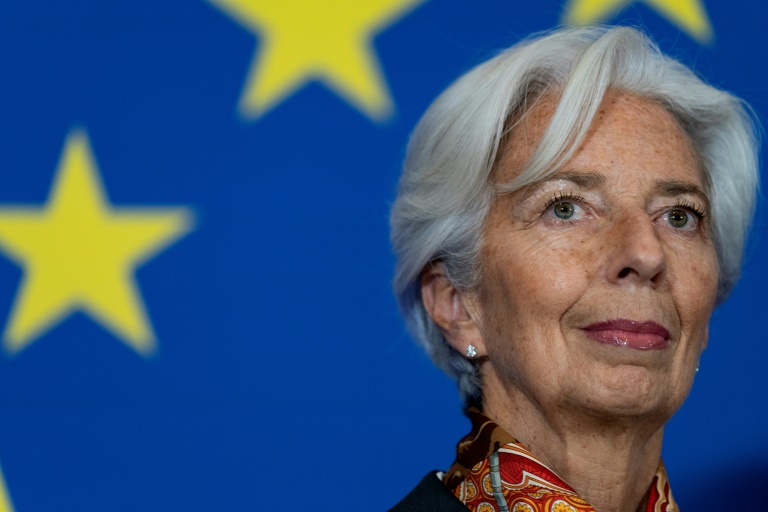 Christine Lagarde delivers her first monetary policy announcements as ECB president on Thursday, with observers set to scrutinise every word for hints of the bank's future direction at a time of stuttering eurozone growth.

But the former International Monetary Fund chief can expect a grilling at the post-meeting press conference about her planned review of the ECB's objectives and way of working.

The timing and scope of the "strategic review" are still unclear, but the outcome could lead to a major shake-up amid calls for the ECB to rethink its inflation target and take more climate action.

"This meeting will be more about Ms Lagarde setting out her stall as ECB president than it will be for policy decisions", said Nomura bank economist Chiara Zangarelli.

Lagarde -- a lawyer and not an economist by training -- has herself pleaded for patience, saying she has been on a steep "learning curve" since taking up the job last month.

"I am trying to learn German, but I am also trying to learn central bank language," the one-time French finance minister told MEPs last week, acknowledging the market-changing impact of even a single ambiguous word.

"So bear with me, show a little bit of patience, don't over-interpret."

In his final act as ECB chief, Draghi in September unveiled fresh stimulus to bolster the 19-nation euro area, which has been weighed down by US-China trade tensions, Brexit uncertainty and a weakening manufacturing sector.

As well as offering a new round of cheap credit to lenders, Draghi slashed a key interest rate deeper into negative territory and kept others at historic lows.

He also restarted a controversial bond-buying programme to the tune of 20 billion euros ($22 billion) a month, in the hopes of encouraging spending and investment.

One of Lagarde's first moves upon arriving in Frankfurt was to take the council on a retreat to heal the rift -- and ECB watchers will be keen for an update.

The ECB will also unveil its latest growth and inflation projections on Thursday, which for the first time will run through to 2022.

Eurozone growth is slated to reach just 1.1 percent this year.

Eurozone inflation stood at one percent in November -- well below the ECB's target of "close to, but below" two percent, fuelling debate about whether the inflation goal is still appropriate.

While Lagarde has signalled she will stick close to Draghi's easy-money policies, concerns are mounting about the negative impact of subzero rates on banks and savers.

The ECB recently slashed the deposit rate from -0.4 percent to -0.5, meaning banks have to pay more to park their excess cash at the ECB.

Lenders have long complained that the fees, on top of the ECB's other stimulus efforts, are squeezing their already tight profit margins in a low-rate environment.

Many eurozone banks are already passing the charges on to their wealthiest customers, but some German lenders have started charging even small retail clients for their savings -- a deeply unpopular move in a nation of savers.

Faced with a slew of challenges, Lagarde is expected to echo Draghi's frequent call for eurozone governments to support the economy through fiscal policy.

Unlike her predecessor however, Lagarde has been outspoken about the bank's possible role in tackling climate change, which she has described as "high priority".

That could range from building climate risks into the ECB's economic models to greener investments.

The first female president of the ECB has also said she wants to push for more gender equality in top-level roles and bring the bank closer to the public by ditching some of the jargon.