At a press conference Sunday night, Fire Department New York Commissioner Daniel Nigro said the five passengers became trapped in the overturned helicopter and had to be rescued from frigid waters by divers. 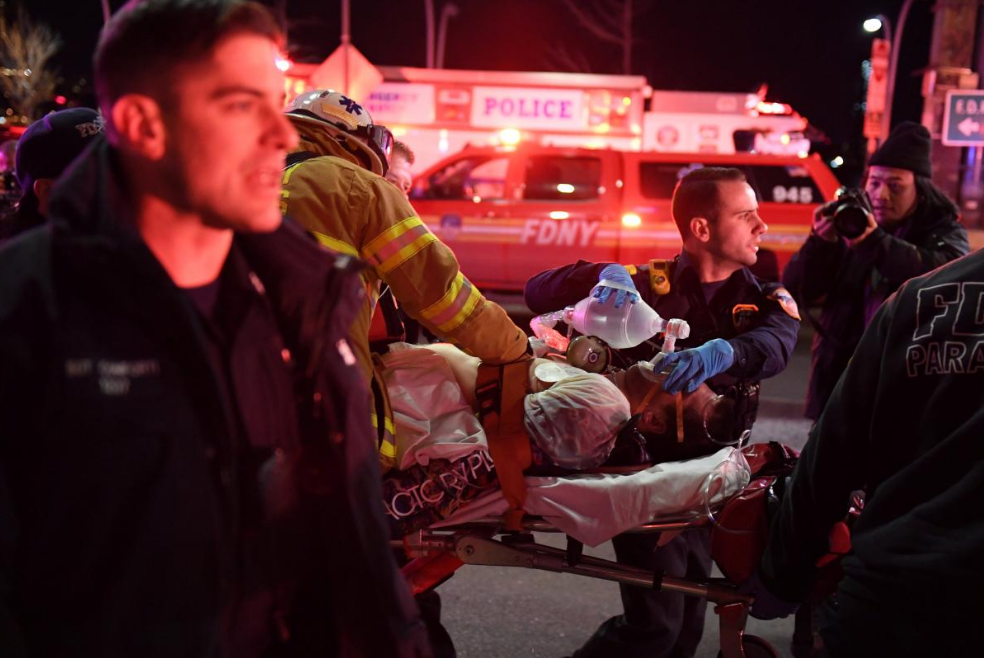 Paramedics and members of the NYFD perform CPR on a victim of a helicopter crash in New York, U.S., March 11, 2018. (Photo: Reuters)

Three of them were taken to area hospitals in critical condition, while the other two were pronounced dead at the scene, he said.

The pilot of the helicopter, who managed to escape, was the only survivor.

"One of the most difficult parts of the rescue was that five people were tightly harnessed," Nigro said, "People had to be cut out."

"The pilot freed himself -- the other five did not," he said.

The helicopter is owned by Liberty Helicopter Tours and was hired for a private photoshoot, New York Police Department Commissioner James O'Neill said at the Sunday night joint press conference with Nigro.

The U.S. National Transportation Safety Board is investigating the cause of the crash.

The Eurocopter AS350 went down in the waters between New York City's boroughs of Manhattan and Queens just after 7:00 p.m. local time (2300 GMT), according to the Federal Aviation Administration.

A video posted on Twitter shows a red helicopter landing hard in the water and then flipping on its side as its rotors beat the water.

Witnesses said the chopper appeared to quickly fill with water. Mary Lee, 66, told the New York Post she witnessed the crash from her apartment window.

"It's cold water. It was sinking really fast," Lee said, "By the time we got out here, we couldn't see it. It was under water."

The weather was calm at the time of the crash, with clear skies and winds at 16 to 19 km per hour, and a visibility of 16 km. The temperature of the East River was around 4 degrees Celsius.

The helicopter reported an engine failure during a mayday call to air traffic control, according to an audio posted to liveatc.net. The audio revealed that the helicopter was upside down in the water as rescue boats arrived at the scene.

Liberty Helicopters describes itself on its website as "the largest and most experienced helicopter sightseeing and charter service in New York City."

The company has "a fleet of 10 state of the art Airbus Helicopters (formerly American Eurocopters)," according to the website, "We have been in business and flying safely for over 30 years," it says.

The skies over New York constantly buzz with helicopters carrying tourists, business people, traffic reporters, medical teams and others. Crashes are not uncommon.

In 2011, a helicopter carrying a veteran pilot and four tourists crashed into the East River, killing three tourists. In 2013, a helicopter pilot landed safely after the aircraft lost power at about 1,500 feet (457.2 meters) with four tourists on board. There were no serious injuries.