All nine crew members aboard a local Japanese government helicopter that crashed on a mountain in the prefecture of Gunma on Friday have been confirmed dead, police said on Saturday.

Two of the crew members were declared dead on Friday, and seven more were confirmed dead Saturday after a rescue mission by some 160 police officials and Self-Defense Force personnel was conducted in the morning. 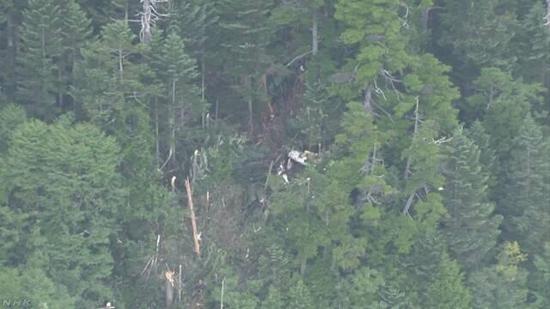 According to the authorities, the chopper was one of the prefecture's disaster prevention helicopters and lost contact with air traffic controllers shortly past 10 a.m. local time after taking off at 9:15 a.m. local time on Friday.

The helicopter was being flown by Noriyuki Amagai, 57, an experienced pilot who had logged many flying hours, sources close to the matter said.

The chopper was scheduled to return to its heliport in Maebashi City, Gunma Prefecture, at 10:45 a.m. local time Friday, prefectural officials said.

The helicopter was supposed to be observing a hiking trail, which spans Gunma, Nagano and Niigata prefectures when contact was lost, officials said.

The transport ministry said the helicopter was a Bell 412EP helicopter and had began operations in May 1997, clocking up around 7,000 flight hours.

The same model of helicopter crashed in March last year killing all nine occupants and in November last year another crash involving the same model crashed killing four people aboard.

The ministry's Transport Safety Board has sent three officials to the site to investigate the cause of the incident.