All of Chile's bishops resign over Church sex abuse cover-up

All of Chile’s bishops offered on Friday to resign over the cover-up of a sex abuse scandal, in the first ever such move by the top clerics of a country.

The 34 bishops had been summoned to Rome to attend a crisis meeting with Pope Francis over a scandal going back two decades and involving paedophile priest Fernando Karadima.

"We, all the bishops present in Rome, have tendered our resignation to the Holy Father so that he may decide freely for each of us," the bishops said in a statement Friday. 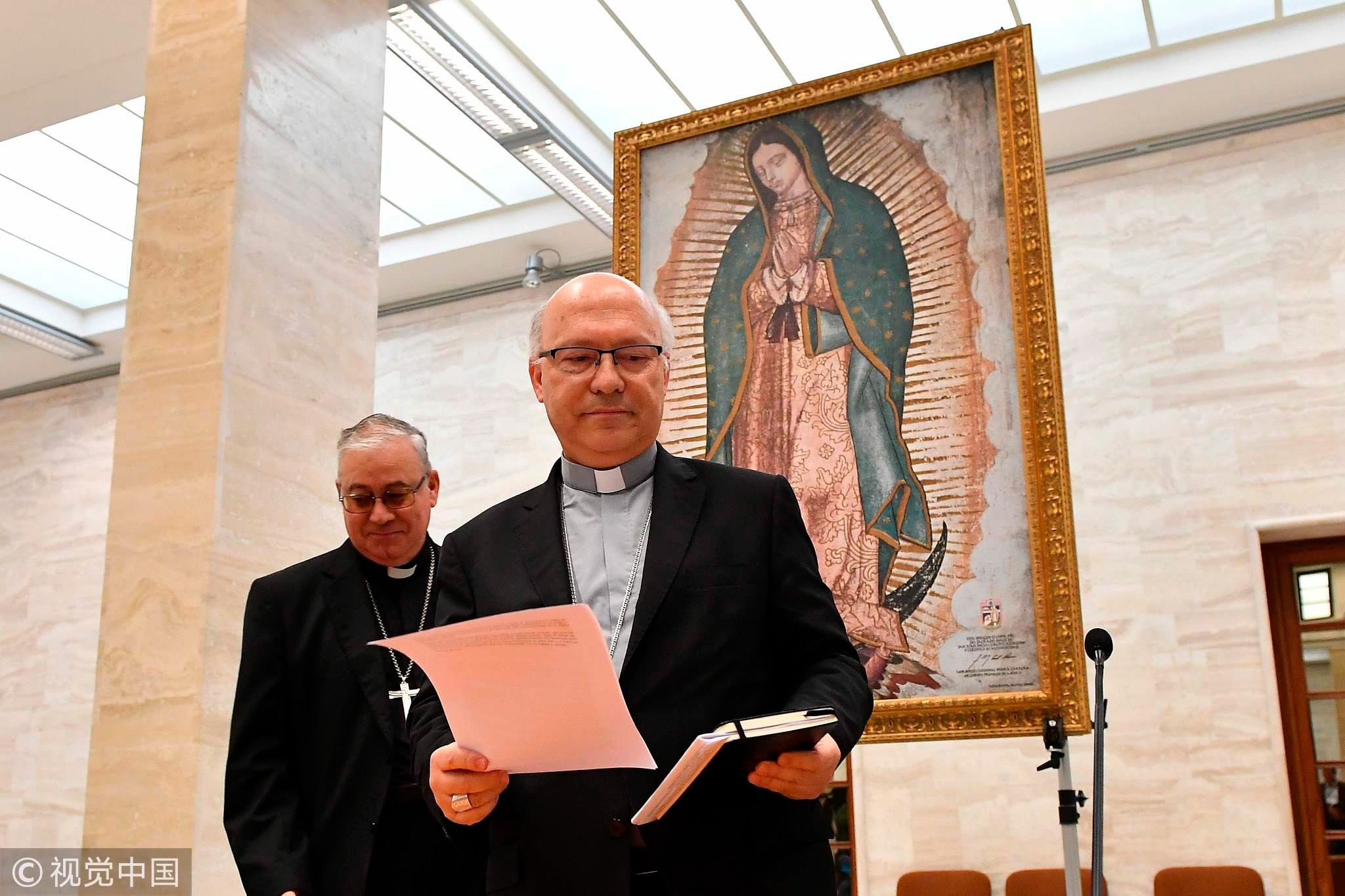 Members of Chile's bishops conference Luis Fernando Ramos Perez (R) and Juan Ignacio Gonzalez arrive to announce the resignation of all Chilean bishops over child abuse scandal, at the Vatican, May 18, 2018. (Photos: VCG)

"We want to ask forgiveness for the pain caused to the victims, to the Pope, to God's people and to our country for the serious errors and omissions we have committed," they added.

The move marks the first time that all the senior Roman Catholic prelates of a country have offered to step down, a Vatican official said.

Earlier this month, several abuse victims invited by Pope Francis to Rome said they wanted all 34 bishops sacked and for the Vatican to extend punishment to others implicated in the scandal.

Friday’s announcement followed four days of discussions in the Vatican, where the pope accused the bishops of "grave negligence" in investigating allegations that children had been abused and saying evidence of sex crimes had been destroyed.

The scandal goes back over 20 years and revolves around Karadima, who was found guilty in a 2011 Vatican investigation of abusing boys in Santiago in the 1970s and 1980s. Now 87, he has always denied any wrongdoing.

Victims have also accused Bishop Juan Barros of having witnessed the abuse but doing nothing to stop it. Barros, who was one of those who offered to stand down on Friday, has denied the allegations. 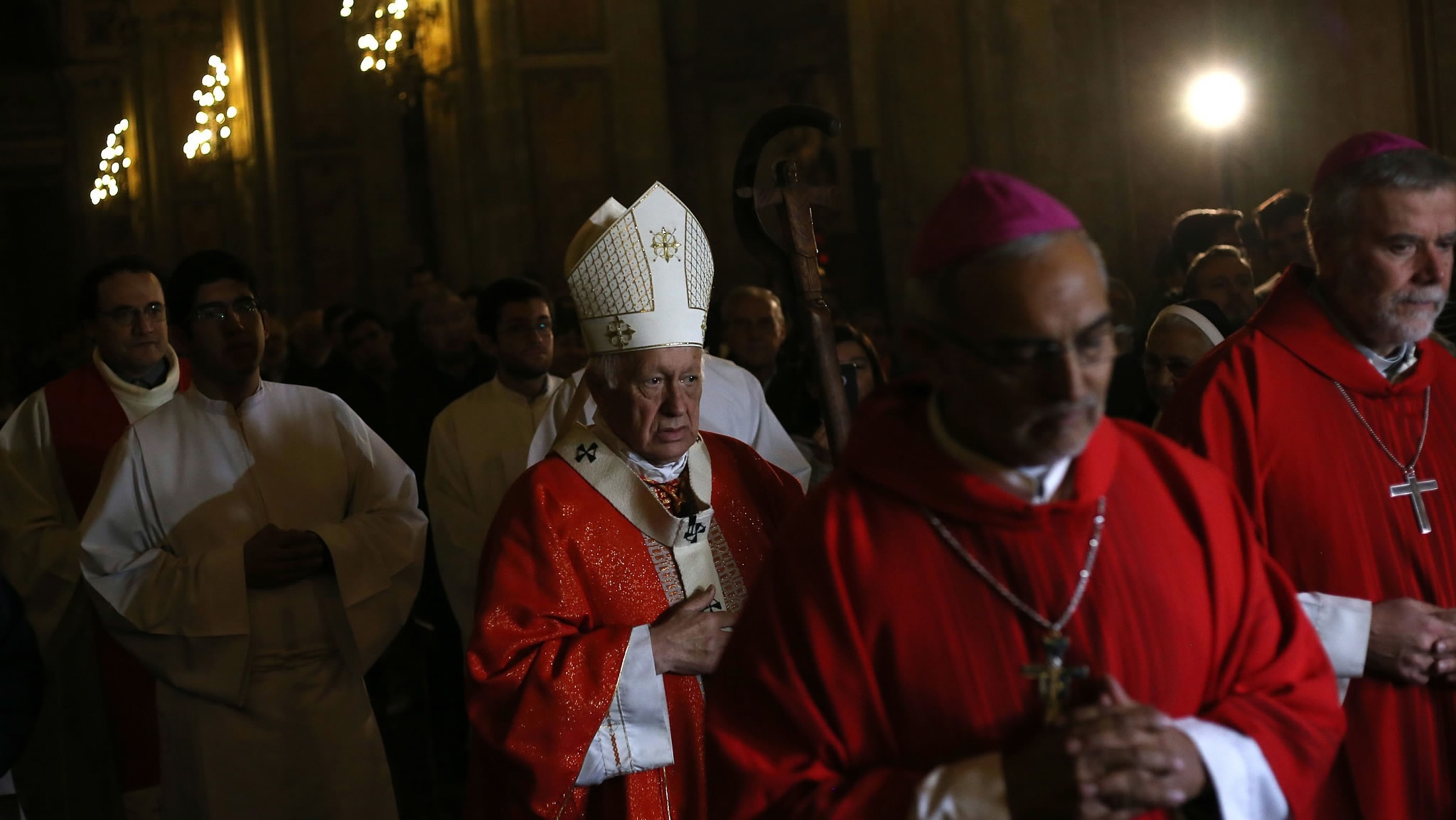 The scandal erupted four months ago when Pope Francis visited Chile and staunchly defended Barros, denouncing accusations against him as "slander."

Francis later apologized to the victims and admitted he had made "grave mistakes."

He also sent sexual abuse investigator Archbishop Charles Scicluna of Malta to Chile to speak to victims, witnesses and other church members.

Some of his findings were included in a damning 10-page document that was presented to the bishops this week, according to Chile's T13 television, which obtained a leaked copy.

In it, the pope said he felt "shame" over the pressure put on people not to carry out full investigations into what had happened.

The letter evoked the "painful and shameful sexual abuse of minors, abuses of power and conscience by ministers of the Church" and denounced bishops for their "terrible negligence in protecting children".

"We are all involved, myself in first place, and no one can be exempted by looking to shift the problem onto the backs of others," Pope Francis wrote. 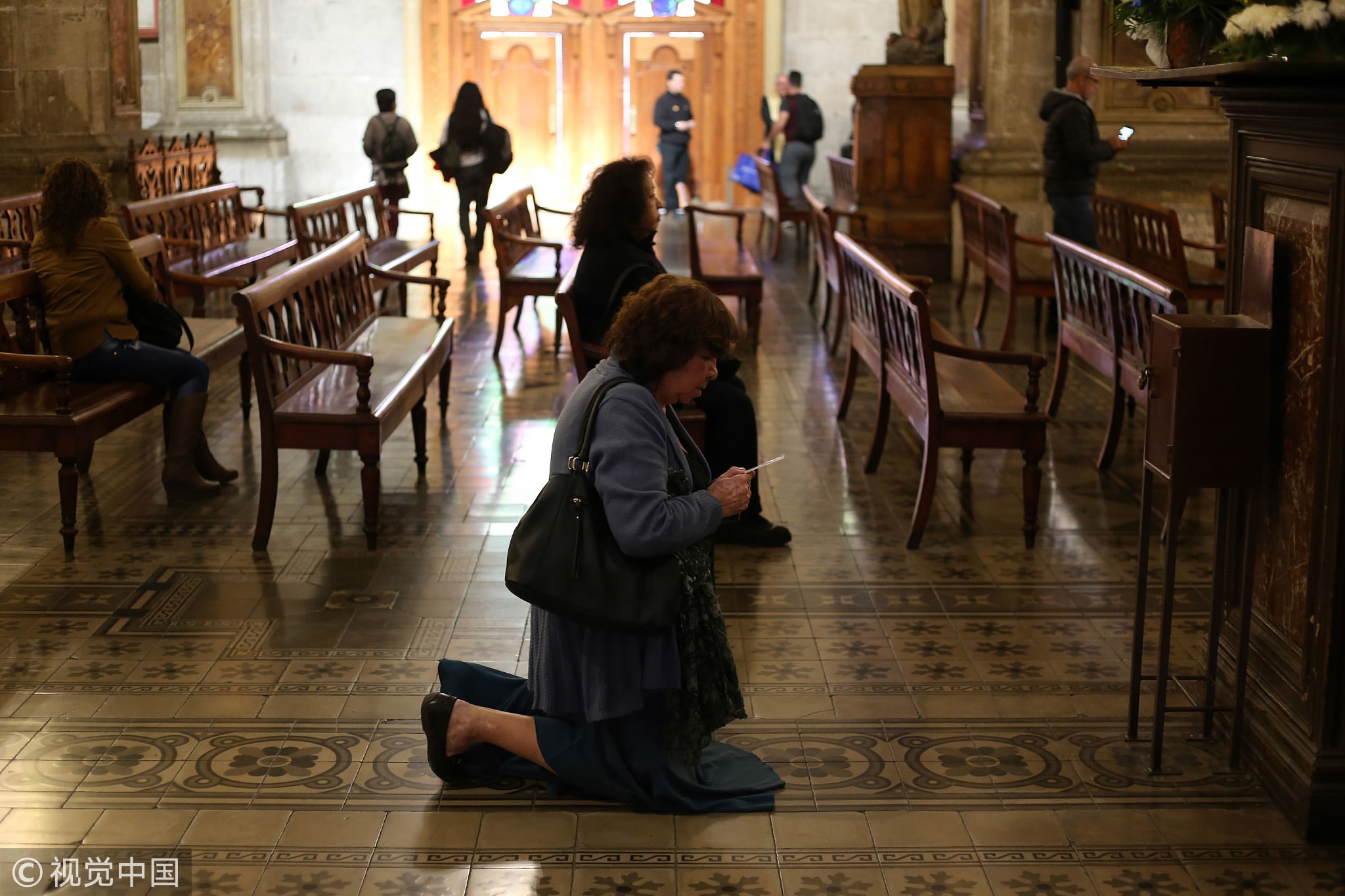 Praying during a mass celebrated at the Metropolitan Cathedral in Santiago, Chile, May 18, 2018.

Following Friday’s announcements, one of Karadima's victims, Juan Carlos Cruz, tweeted his relief: "Those who caused so much pain, sometimes worse than the abuse, are now all quitting. The Pope heard what we asked of him in our conversations with survivors from all over the world."

Others however insisted the Vatican should take punitive action against the bishops.

Eneas Espinoza, who claims to have been abused while at a school run by the Marist brothers, called on the pope to pursue a canonical prosecution that could see them stripped of all titles and benefits.

"We want concrete, real action," he said in an interview. "I don't want my abuser to end up living in a plush retirement home."

The Chilean Church is not the only one to have been embroiled in a child sexual abuse scandal. In the past few years, the Catholic Church in Ireland, Germany, Australia and the US has also faced allegations of abuse and cover-ups, often stretching back decades.