All terrorist inmates surrender after police strike in Indonesia's jail

JAKARTA, May 10 (Xinhua) -- All terrorist inmates surrendered to the police on Thursday after an exchange of fire between the two sides at a jail following a riot, according to the country's chief security minister. 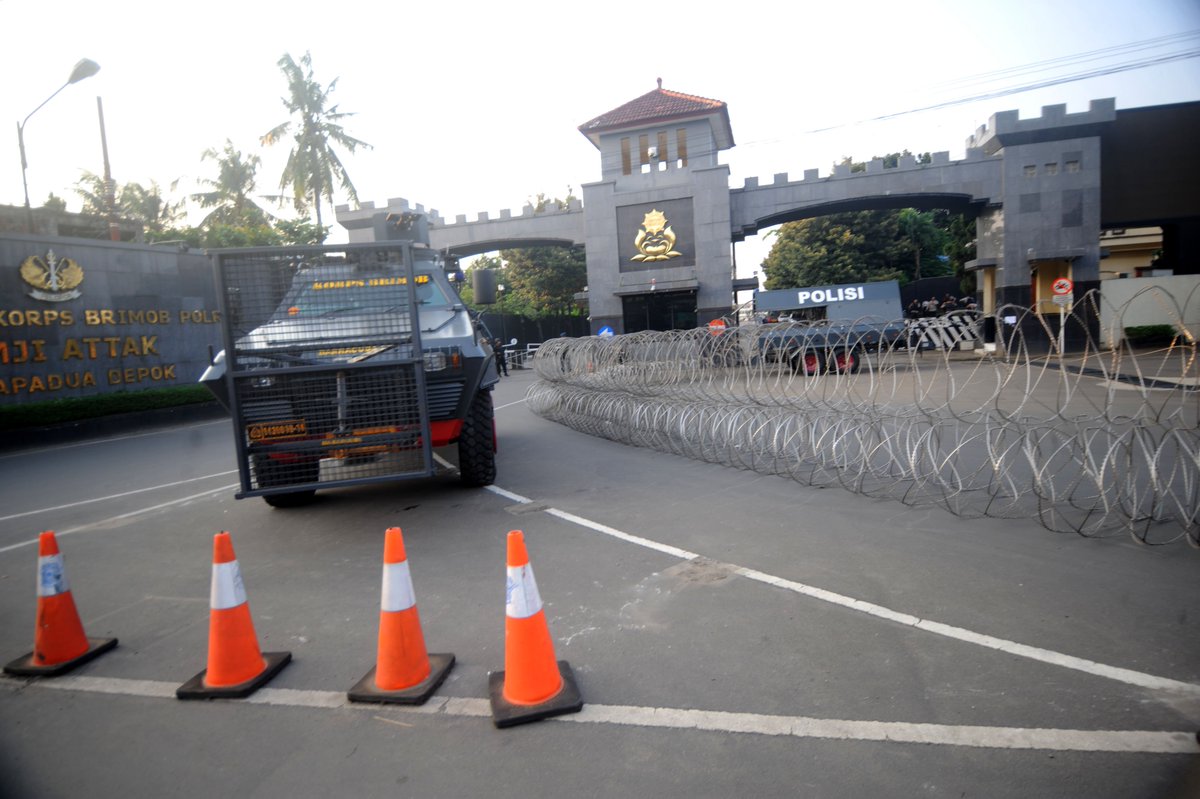 Coordinating Minister for Political, Legal and Security affairs Wiranto said the operation to take over prison blocks controlled by the militants ended at 07:15 a.m. local time.

The remaining 10 inmates have also surrendered after the police conducted strikes, bringing all the terrorist inmates ending their resistance, Wiranto added.

"Just now we heard the sounds of shooting, bomb explosions, tear grenades, amid the combing of the scene. In the strikes, the remaining 10 militants surrendered so that all the 155 terrorist inmates give up their fight," the minister said.

There were no casualties during the taking over of the blocks that had been controlled by the inmates after the riot, according to deputy police chief Syafruddin.

Hours before the operation, the police freed an anti-terror squad member who had been taken hostage during the riot after agreeing to comply with the terrorists' demand of food, national police spokesman Brigadier Gen. Setyo Wasisto said.

The terrorist inmates seized all weapons of five anti-terror policemen whom they killed on Wednesday during the clash in one of the blocks of the prison which is located on the outskirt of Indonesian capital, according to him.

One terrorist inmate was killed in the clash which broke out on Tuesday night.

The clash was triggered by the objection of the inmates to the prison's authorities making checks on food being brought to them, the spokesman said.

Security around the prison has been boosted and civilians are not allowed to get close to the entrance, according to the police.