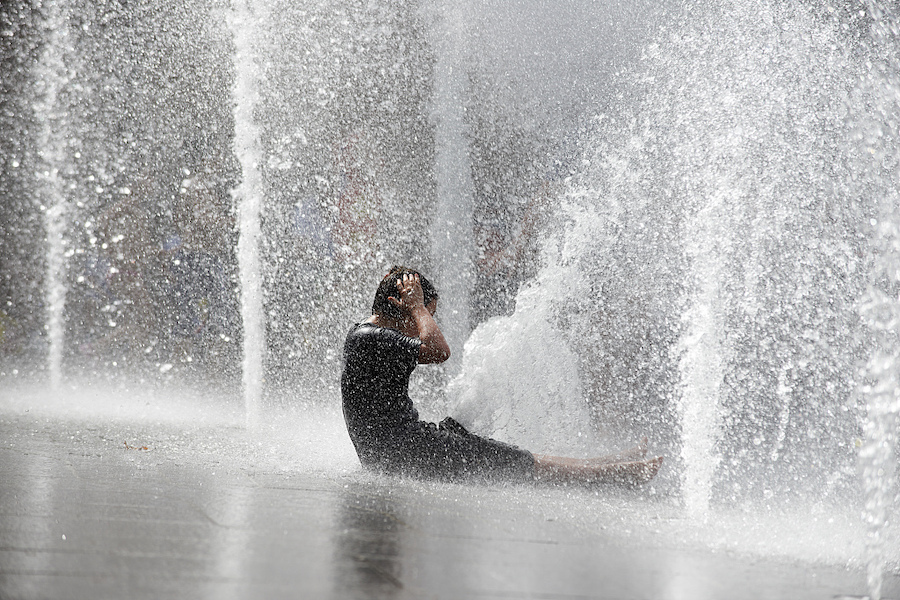 A kid plays in water jets in a public fountain in Toulouse during the heatwave. (Photos: VCG)

France recorded its all-time hottest temperature of 44.3 degrees Celsius (111.7 degrees Fahrenheit) on Friday as the country and much of Europe basked in an early summer heatwave, state weather forecaster Meteo-France said.

The temperature was recorded in the southeastern town of Carpentras and beat the previous record for France of 44.1 degrees Celsius recorded in Saint-Christol-les-Ales and Conqueyrac during the notorious August 2003 heatwave, Meteo-France told AFP. 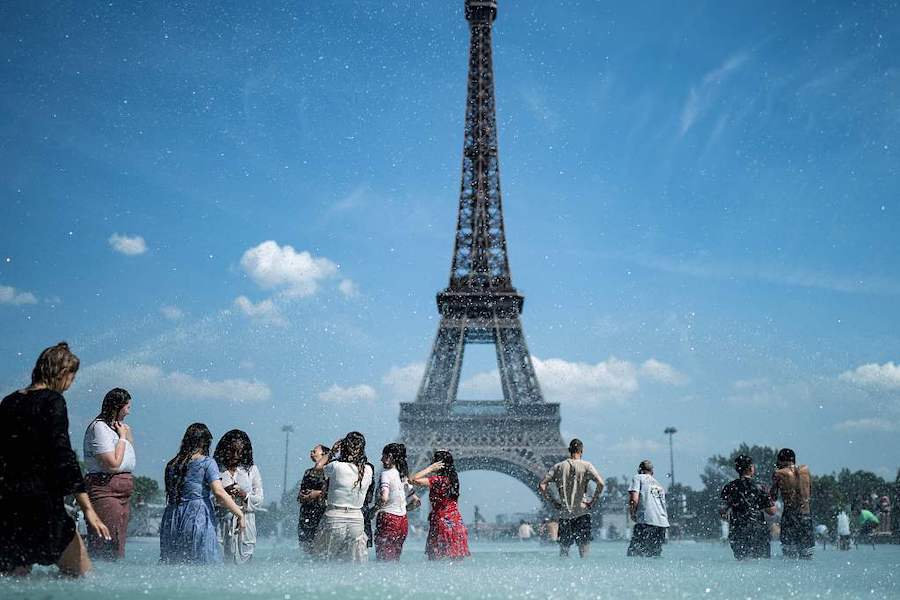 People cool themselves down in the fountain of the Trocadero esplanade in Paris on June 25, 2019 with the Eiffel Tower on the background.

Meteo-France forecaster Etienne Kapikian said it was "very probable" that the record would be beaten again Friday as it was still relatively early in the day.

"(The temperature) will continue to climb and, in some places, we could pass 44 degrees Celsius," he said.