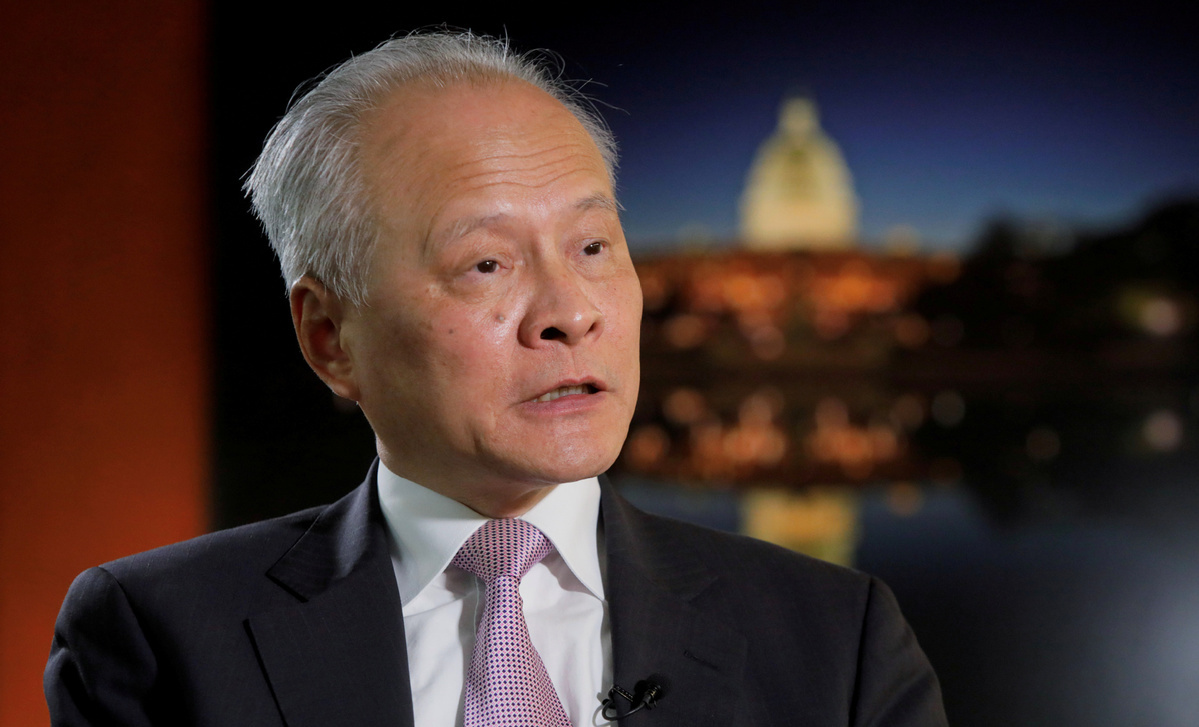 WASHINGTON -- The allegation that China hid the severity of COVID-19 during its early outbreak in the country "is a gross misperception," Chinese Ambassador to the United States Cui Tiankai has said.

"Actually, the fact is, at the very early stage of the pandemic, almost nobody knew anything about this new virus, how serious it was and the routes of transmission," Cui said in an exclusive interview with Fareed Zakaria, host of CNN's GPS Show, which was aired on Sunday.

"There was very little knowledge all over the world about this new pandemic. So it is a continuing process of discovering, learning more about the virus and trying to do a better job in response to it. This is an ongoing process," he said.

Actually, Cui said, "at the very early days, as early as the first few days in January," China reported to the World Health Organization (WHO) about the few cases of what people at the time called "pneumonia with unknown cause."

"People still didn't know how to define this new virus, but we reported to the WHO. And within a few days when we learned more about it, we shared the genome sequences of this virus with the WHO and everybody else," he said.

"As early as on January 4, the fourth day of this year, the two CDCs (Centers for Disease Control and Prevention), Chinese CDC and US CDC, had their communication about this new virus," he said.

"So this is an ongoing process to strengthen global cooperation, to build up our knowledge, to coordinate responses of various countries," he said.

The WHO sent their experts to China "as early as in mid-February," the ambassador added.

During the World Health Assembly (WHA) in May, China, together with more than 140 other countries, co-sponsored a resolution on strengthening global cooperation in response to the pandemic and Chinese President Xi Jinping announced a significant increase in our financial support to the WHO, he said.

"Of course, some other country may already consider withdrawing from the WHO, but we strengthened our support to it. This is still going on," he said.

China is working with the WHO "for some scientific cooperation, scientific and technical work that can be done together between China and the WHO and the scientists of other countries, to trace the origin of the virus, to learn more about its transmission, and how to contain it, how to treat people, how to cure people, how to save lives, how to develop vaccine," he said.

"There's still a lot of work to do together. This is the fact. And the timeline is very clear," he said.