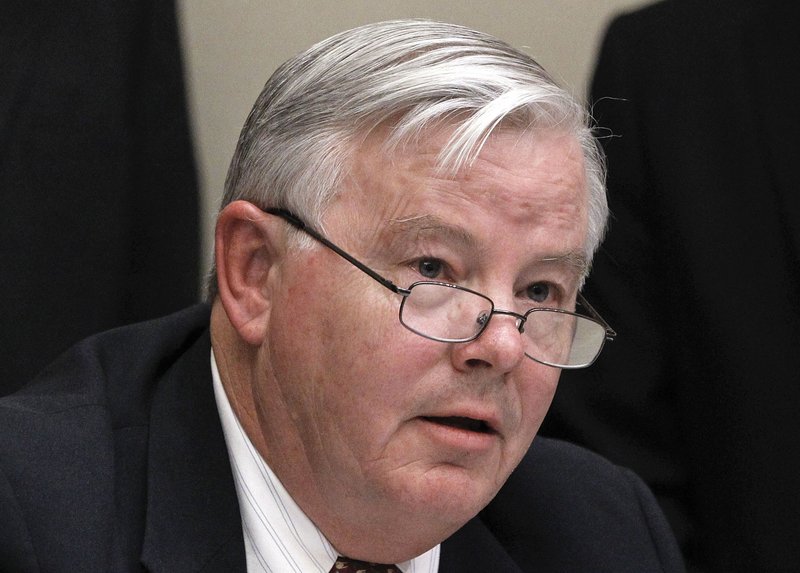 Republican U.S. Rep. Barton, Texas’ most-senior member of Congress, announced Thursday, Nov. 30, 2017, that he won’t seek re-election after a nude photo of him circulated online and a Republican activist revealed messages of a sexual nature from him. (AP Photo/Haraz N. Ghanbari) 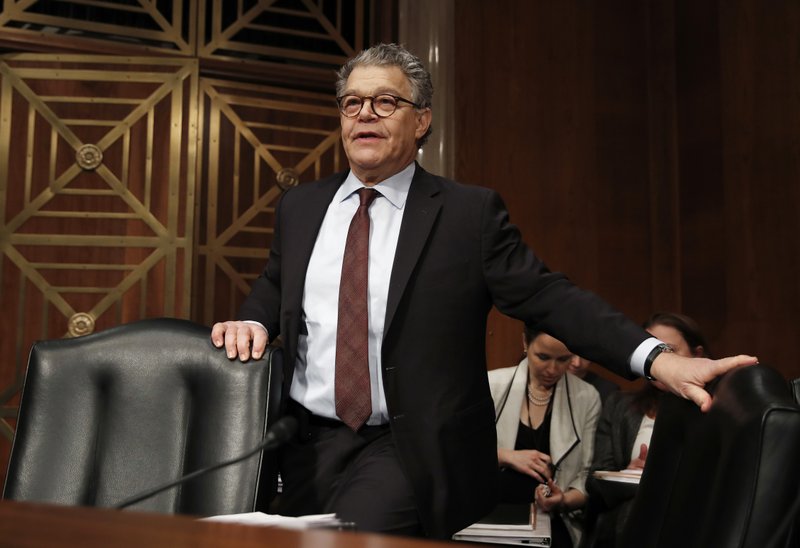 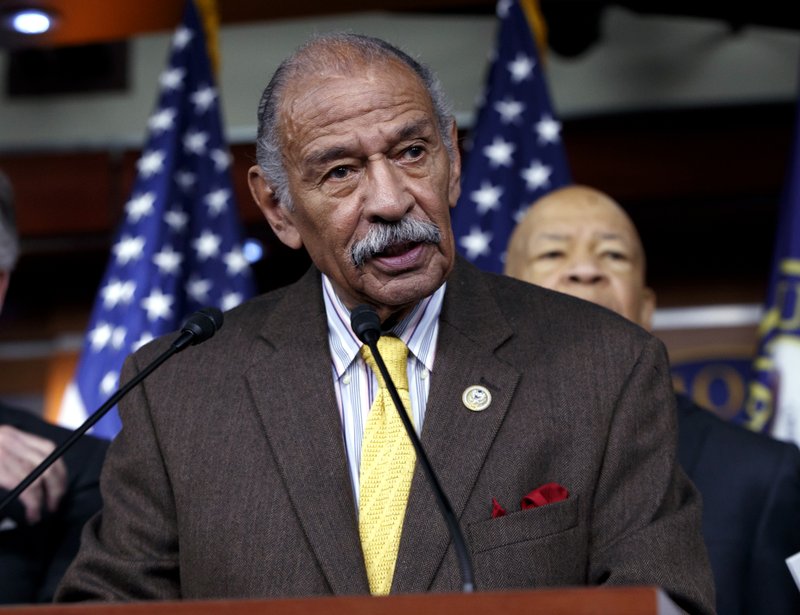 Washington — As allegations of sexual misconduct against powerful lawmakers roil Congress, House Democrats on Thursday delivered their strongest rebuke yet with calls for Michigan Rep. John Conyers’ resignation, while those in the Senate reserved judgment for their embattled colleague, Minnesota Sen. Al Franken.

House Minority Leader Nancy Pelosi characterized the multiple accusations against the 88-year-old Conyers, which included repeated propositions for sex, and retaliation against one former aide who rebuffed his advances, as “serious, disappointing and very credible.”

In no uncertain terms, the top Democrat in the House said, “Congressman Conyers should resign,” a call echoed by other Democratic leaders.

Conyers’ lawyer, Arnold Reed, swiftly rejected the request as the lawmaker professes his innocence. “Nancy Pelosi did not elect the congressman, and she sure as hell won’t be the one to tell the congressman to leave. That decision will be completely up to the congressman,” Reed said.

Reed raised the specter of a double standard as House Democrats pressed for Conyers, the longest-serving member of the House and a co-founder of the Congressional Black Caucus, to step aside while few have called for Franken to relinquish his seat.

“At the end of the day, I would suspect that Nancy Pelosi is going to have to explain what is the ... difference between Al Franken and congressman Conyers,” Reed said.

Punishment has been swift for titans of entertainment, media and sports, accusations of sexually inappropriate behavior and harassment leading to immediate firings. Not so in Congress, where lawmakers have said ethics panels should have time to investigate and have been reluctant to reverse the will of the voters.

Yet the clamor was growing, with some House Democrats arguing that if Conyers goes, so should Franken. That demand was made hours after Franken faced a new allegation: An Army veteran accused him of groping her during a USO Christmas tour in the Middle East more than a decade ago.

Stephanie Kemplin, 41, of Maineville, Ohio, told CNN that Franken had cupped her right breast when she stood next to him for a photo in December 2003. Kemplin, who was deployed to Kuwait at the time, became the fifth women in two weeks to accuse Franken of sexual misconduct.

The Senate Ethics Committee announced on Thursday that it had opened a preliminary investigation into the allegations against Franken, who has apologized and said he welcomes the probe. A spokesman released a statement Thursday saying that Franken “takes thousands of photos and has met tens of thousands of people and he has never intentionally engaged in this kind of conduct.”

Pelosi’s comments came after she faced harsh criticism for calling Conyers an “icon” who has “done a great deal to protect women” during an appearance on “Meet the Press” on Sunday.

Rep. Kathleen Rice, D-N.Y., who was the first House member to publicly opine that Conyers should quit, said she left a Democratic Caucus meeting on Wednesday out of frustration that leadership wasn’t taking the issue of sexual harassment seriously enough. But by Thursday the highest-ranking members of the party had upped the ante from simply backing an ethics investigation and emphasizing the importance of due process for those accused to calling for Conyers’ resignation.

“Zero tolerance means consequences - for everyone no matter how great the legacy it’s not license to harass or discriminate,” Pelosi said.

Rice and Rep. Tim Ryan, D-Ohio, have called for Conyers and Franken to quit.

“These are credible allegations, and I believe these women,” Ryan wrote in a Tweet on Thursday. “Congress should set the example for all industries and be a safe place for women to work.”

In a different case of sex and a House member, Rep. Joe Barton, a 17-term Republican from Texas who announced earlier this month he was seeking re-election, decided on Thursday that he wouldn’t, just a week after a nude photo of him leaked on social media.

Although his House colleagues didn’t call for his resignation or suggest he not run again, Barton faced increasing political pressure in his home state to step aside. Earlier this week a Republican announced he’d run against Barton in next year’s primary.

“Obviously you know I’ve been in a little bit of a controversy,” Barton said Thursday. “I just felt it was time to pass the torch.”

But on Capitol Hill, where lawmakers on both sides of the aisle and in both chambers on Congress have universally condemned harassment and discrimination, responses to specific allegations still vary.

Despite the multitude of allegations, Franken’s colleagues in the Senate have consistently condemned the alleged behavior but stopped short of asking him to quit.

“I think the Senate Ethics Committee is the place where the fact-finding should be done, and then the remedy should be recommended,” said Sen. Richard Blumenthal, D-Conn., adding that the investigation should be conducted “in a matter of days or weeks, not months.”

“Remedies require a full investigation. Strong remedies are appropriate when there is a certain kind of violations of norms and laws, and any unwanted sexual contact violates the norms and rules that we have here, and the best way to impose remedies and discipline is through due process,” he said.

Sen. Tammy Duckworth, D-Ill., a war veteran, said she tends to believe victims, but added, “I think we should let the process move forward.”

The Senate Ethics Committee is not known for swift investigations. After 19 women accused Sen. Bob Packwood, R-Ore., of sexual harassment, it took three years for the committee to complete its investigation; he resigned in 1995 one day after the panel recommended expulsion.