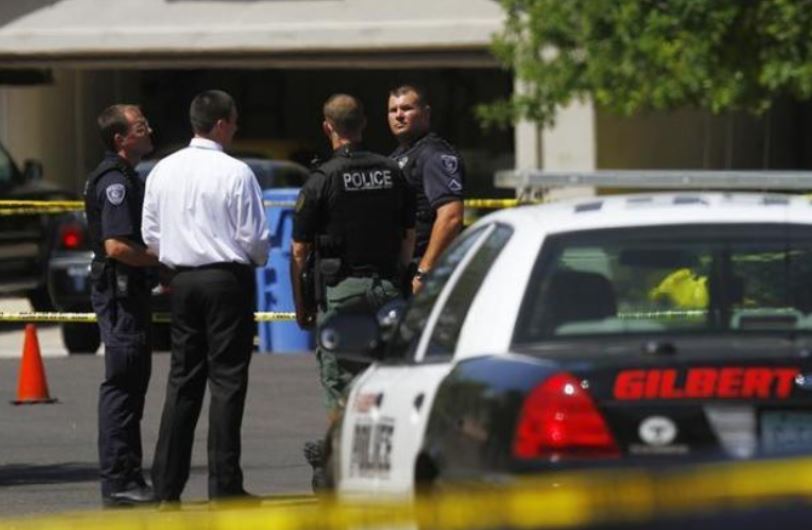 Police officers look over the scene of a shooting in a residential area of Gilbert, Arizona, May 2, 2012. (Photo: CGTN)

A man accused of killing two police officers while acting as the leader of an al-Qaeda group in the Iraqi city of Fallujah was arrested in Phoenix, Arizona, federal officials said on Friday.

Ali Yousif Ahmed Al-Nouri, 42, is wanted in Iraq on charges of premeditated murder of the Iraqi police officers in 2006, according to a statement by the US Attorney's Office District of Arizona.

An Iraqi judge issued a warrant for Al-Nouri's arrest and the government there issued an extradition request to the US Justice Department, the statement said.

The Justice Department sought an arrest warrant for Al-Nouri and he was taken into custody on Thursday in Phoenix.

He appeared before a federal magistrate judge in Phoenix on Friday in connection with proceedings to extradite him to Iraq, the statement said.

According to the Iraqi government, al-Nouri was the leader of an al-Qaeda group in Fallujah which planned operations targeting Iraqi police.

The statement noted the details in the Iraqi complaint were allegations that had yet to been proven in court.

Al-Nouri's extradition would have to be certified by the US court and the US Secretary of State would then decide whether to surrender him to Iraq, the statement said.

It was not immediately possible to contact Al-Nouri for comment or determine whether he had hired a lawyer.

The statement did not provide information on when Al-Nouri entered the United States or how long he had lived in Phoenix.