WORLD Allies in G7 vow to fight US tariffs, see threat to growth

Allies in G7 vow to fight US tariffs, see threat to growth 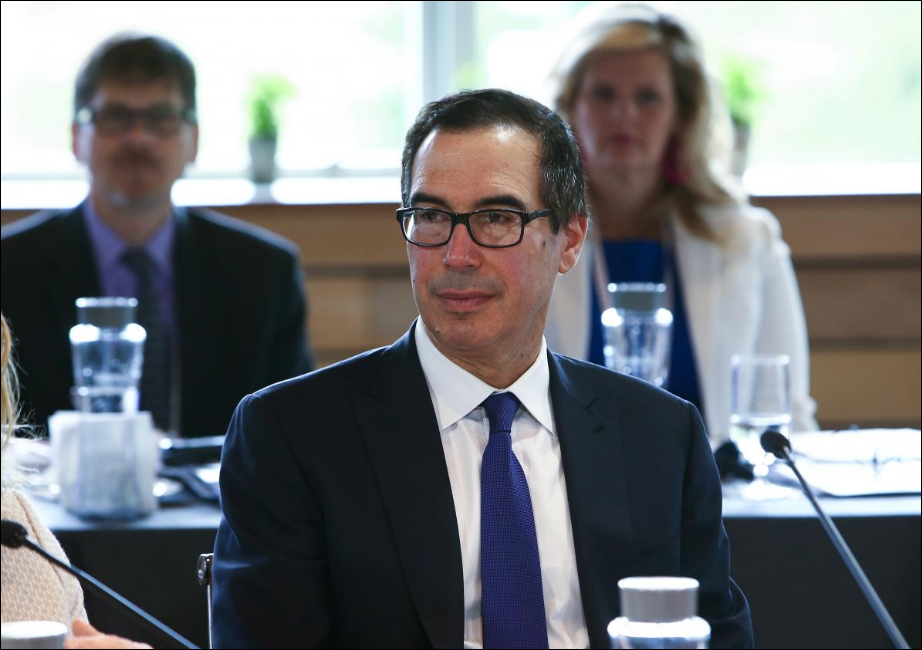 The United States’ allies in the G7 vowed on Thursday to push back against Washington’s decision to impose tariffs on their steel and aluminum exports, saying as they gathered for a meeting that the move threatens global growth.

The escalating trade conflict between the United States and many key allies will dominate the three-day meeting in Canada of financial leaders from the Group of Seven industrialized nations that began on Thursday, with US Treasury Secretary Steven Mnuchin the top target for their complaints and lobbying.

The United States on Thursday said it was moving ahead to impose tariffs of 25 percent on steel imports and 10 percent on aluminum, starting at midnight (0400 GMT on Friday), ending months of uncertainty about potential exemptions and sending a chill through financial markets.

French Finance Minister Bruno Le Maire demanded a “permanent and total exemption” from the tariffs and said that European Union countries would respond with their own measures.

The US tariff decision “is unjustified and unjustifiable and will have dangerous consequences for global growth,” Le Maire said in comments to media on his way to the meeting of policymakers from the United States, Britain, Germany, France, Italy, Japan and Canada in the mountain resort of Whistler, British Columbia.

His German counterpart, Olaf Scholz, said EU member states would show their unity and sovereignty by acting in a determined way. “Our response should be clear, strong and smart,” Scholz told Reuters.

Mnuchin, who was not at the introductory discussion panels focused on development and sharing the benefits of global growth, is scheduled to meet individually with many of his global counterparts during the three-day meeting.

Bank of England Governor Mark Carney said the US decision to target trade in goods, not services, was misplaced.

“This focus on goods trade, bilateral goods is not the right focus in a hyperconnected world where most of the economic activity, most people work, most small businesses, most women work in the service sector,” Carney told a panel.

“If we were to liberalize services to the same degree as we have liberalized (trade in) goods, these balances would be cut in half for the United States and for the UK,” Carney added.

“First of all, those who will suffer most are the poorest, the less privileged people, those who actually rely on imported goods to have their living,” she said, adding that longstanding supply chains also would be disrupted.

The US actions on trade policy, which also include potential tariffs and investment restrictions on China and a national security probe that could lead to tariffs on auto imports, are expected to also dominate the G7 summit of world leaders in Quebec next week.