Google's parent company Alphabet confirmed Wednesday that its board is investigating how executives handled accusations of misconduct including sexual harassment. 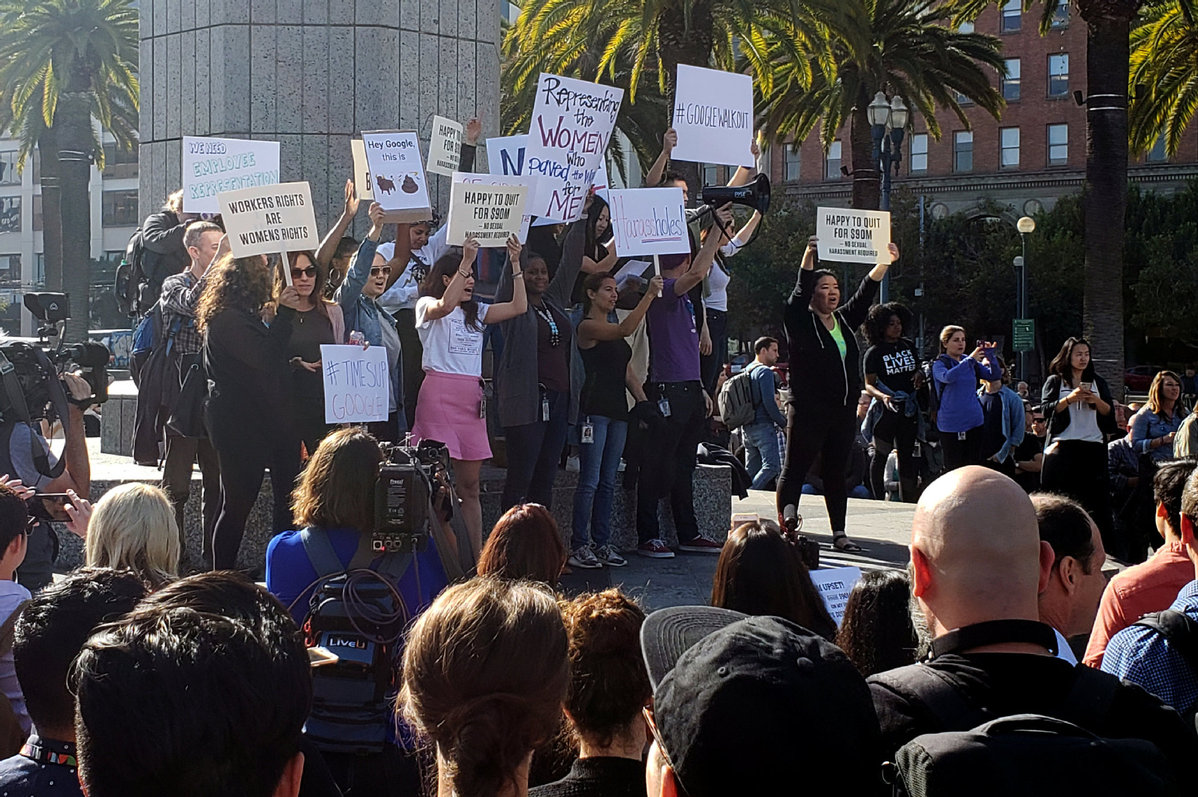 Google employees stage a "women's walkout" at their Googleplex offices in protest over the company's handling of a large payout to Android chief Andy Rubin as well as concerns over several other managers who had allegedly engaged in sexual misconduct at the company in Mountain View, California, US, on Nov 1, 2018. (Photo: Agencies)

"In early 2019, Alphabet's board of directors formed a special litigation committee to consider claims made by shareholders in various lawsuits relating to past workplace conduct," an Alphabet spokesperson told AFP.

The board hired a law firm to help the committee, which was to contact those who filed complaints and scrutinize cases, including one involving the Alphabet chief legal officer, according to a CNBC report citing unspecified material it had seen.

Google in November outlined changes to its handling of sexual misconduct complaints, hoping to calm outrage that triggered a worldwide walkout of workers.

"We recognize that we have not always gotten everything right in the past and we are sincerely sorry for that," chief executive Sundar Pichai said at the time in a message to employees, a copy of which was shared with AFP.

"It's clear we need to make some changes."

Pichai promised that Google would be more transparent with how concerns are dealt with, and provide better support and care to those who raise such issues with the company.

Google would provide "more granularity" regarding sexual harassment investigations and their outcomes, according to Pichai.

Google announced updates to its mandatory sexual harassment training and said it would require it annually instead of every two years, as had been the case.

Google also put the onus on team leaders to tighten the tap on booze at company events, on or off campus, to curtail the potential for drunken misbehavior.

Despite the assurances, shareholders filed lawsuits against Alphabet accusing it of covering up sexual misconduct.

A massive turnout at the "Googleplex" in Silicon Valley was the final stage of a global walkout that began in Asia and spread to Google offices in Europe.

Some 20,000 Google employees and contractors participated in the protest in 50 cities around the world, according to organizers.

The protest took shape after Google said it had fired 48 employees in the prior two years -- including 13 senior executives -- as a result of allegations of sexual misconduct.

Demands by protestors included putting employee representation on the board.