An altered photo of rappers Ice Cube and 50 Cent in hats that appear to show support for President Donald Trump circulated widely on social media Tuesday, fueled in part by a tweet by Eric Trump. 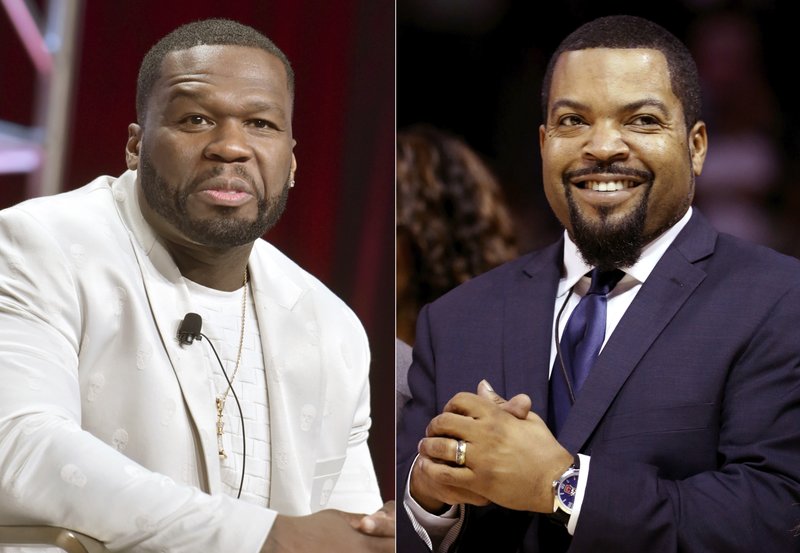 "Two great, courageous Americans," Trump's son tweeted. He removed the tweet with a photo of the two rappers in hats saying "Trump 2020" after being called out by Ice Cube on Twitter.

In the original photo, both entertainers were wearing baseball caps with sports logos. Ice Cube's hat says "Big3," a reference to a 3-on-3 basketball league he co-founded, and 50 Cent wears one with the New York Yankees logo. Ice Cube shared the original photo on his Twitter account on July 6 to send a birthday message to 50 Cent.

"Happy birthday to the homie ⁦@50cent," he tweeted with the photo.

The manipulated image was shared thousands of times on Twitter and Facebook since it began gaining attention on Monday.

"This is the start of a really bad week for the Democrats…," one Twitter user said on a post with the altered photo that had more than 8,000 shares Monday.

Ice Cube, whose real name is O'Shea Jackson, has come under fire for appearing to work with the Trump administration on his "Contract with Black Americans," which calls for a new dynamic for how our country is run to address racial issues. In a recent interview with CNN, he said both the Trump campaign and Democratic presidential candidate Joe Biden's campaign reached out to him about his contract.

Ice Cube clarified that he has not endorsed either campaign.

"Whoever is in power I am going to work with," he said on CNN.

On Monday, 50 Cent, whose real name is Curtis James Jackson III, took to Instagram to say "Vote for Trump."

The rappers had not responded to requests for comment at the time of publication.