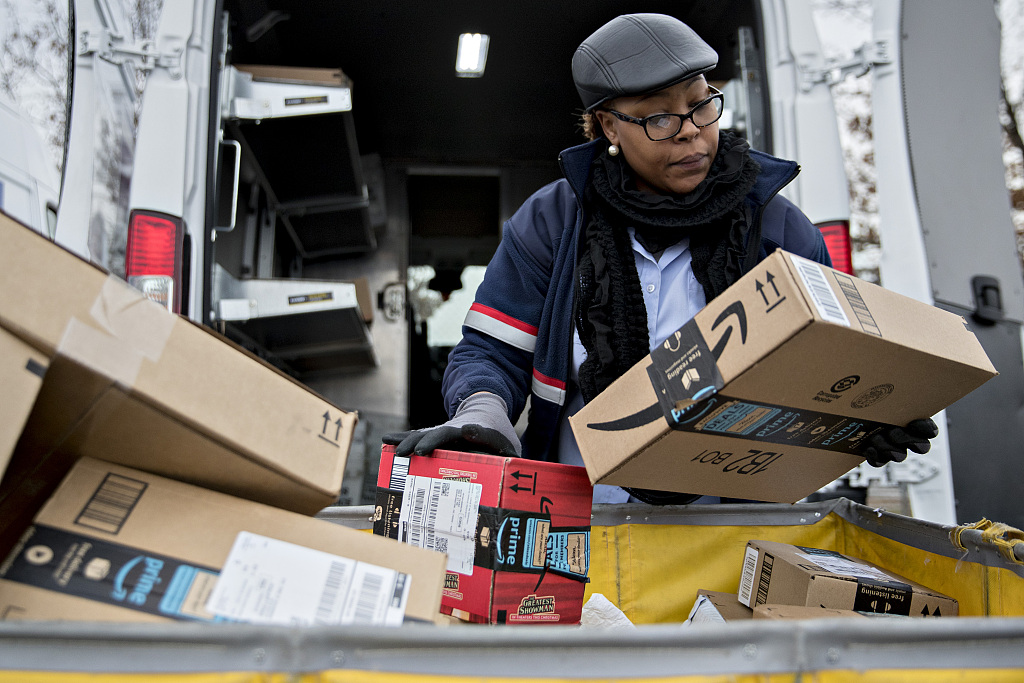 Amazon for the first time closed out Monday's trading session as the world's biggest publicly-traded company, overtaking Microsoft and other fellow tech behemoths.

The online sales goliath assumed the top spot after notching a 3.4 percent gain to finish with a market capitalization of $796.8 billion, about $13.2 billion more than Microsoft.

Led by Chief Executive Jeff Bezos, Amazon has seen remarkable growth as its business has spread beyond its origins as an online bookseller to myriad other retail categories.

Even with its latest distinction as top dog in market value, Amazon's market capitalization stands well below its own peak in September, when it crossed $1 trillion before Wall Street's late-2018 selloff.

Amazon's retreat during the pullback has been less steep than that of other tech titans.

Apple, long the world's biggest company by market capitalization first lost the distinction in late November and is currently fourth with $702 billion, behind Amazon, Microsoft and Google parent Alphabet, which has a value of $745.2 billion.

Created in a garage in a suburb of Seattle, Washington, the company, originally dubbed "Cadabra," sold its first book -- Fluid Concepts and Creative Analogies: Computer Models of the Fundamental Mechanisms of Thought by Douglas Hofstadter -- in mid-1995.

By the end of that year, Amazon was selling books online throughout the US. Amazon went public in early 1997.

The company for more than a decade put growth over profit, investing heavily in warehouses, distribution networks, and data centers.

Landmark moves include the $13.7 billion acquisition of Whole Foods Market in 2017, which brought it an extensive network of brick-and-mortar stores for the first time.