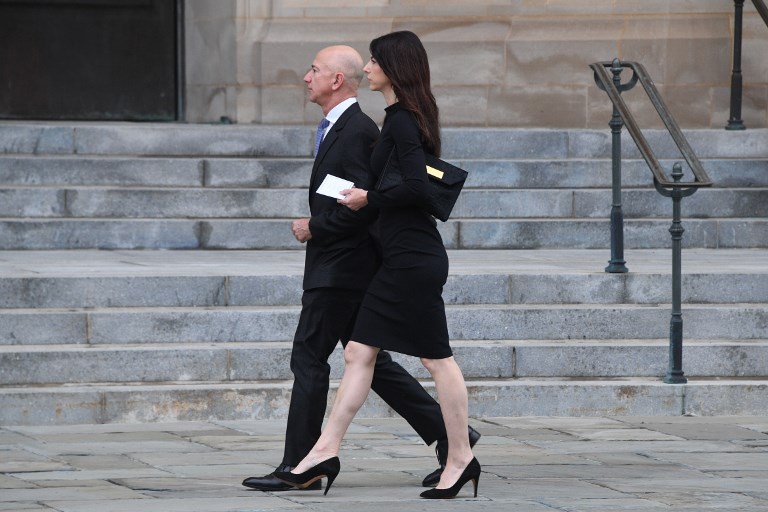 In this file photo taken on September 1, 2018 Amazon CEO Jeff Bezos (L) and his wife MacKenzie arrive at the Washington Cathedral to attend the service for late Senator John McCain in Washington DC. (Photo: AFP)

Amazon CEO Jeff Bezos, who is the wealthiest man in the world, said Wednesday that he and his wife are divorcing after 25 years of marriage.

"After a long period of loving exploration and trial separation, we have decided to divorce and continue our shared lives as friends," he and his wife novelist MacKenzie Bezos said in a statement posted on the Amazon CEO's twitter account.

Bezos said that despite their separation, they will remain a family and "cherished friends."

He noted that he and his wife had such a great life together as a married couple over the past 25 years.

"We also see wonderful futures ahead, as parents, friends, partners in ventures and projects, and as individuals pursuing ventures and adventures," Bezos said.

Bezos, 54, and MacKenzie, 48, got married in the early 1990s when they worked at a hedge fund in New York, before they moved to Seattle, Washington state. He has four children from the marriage with MacKenzie.

The Bloomberg Billionaires Index rated Bezos as the richest person in the world with an estimated net wealth of 137 billion U.S. dollars.