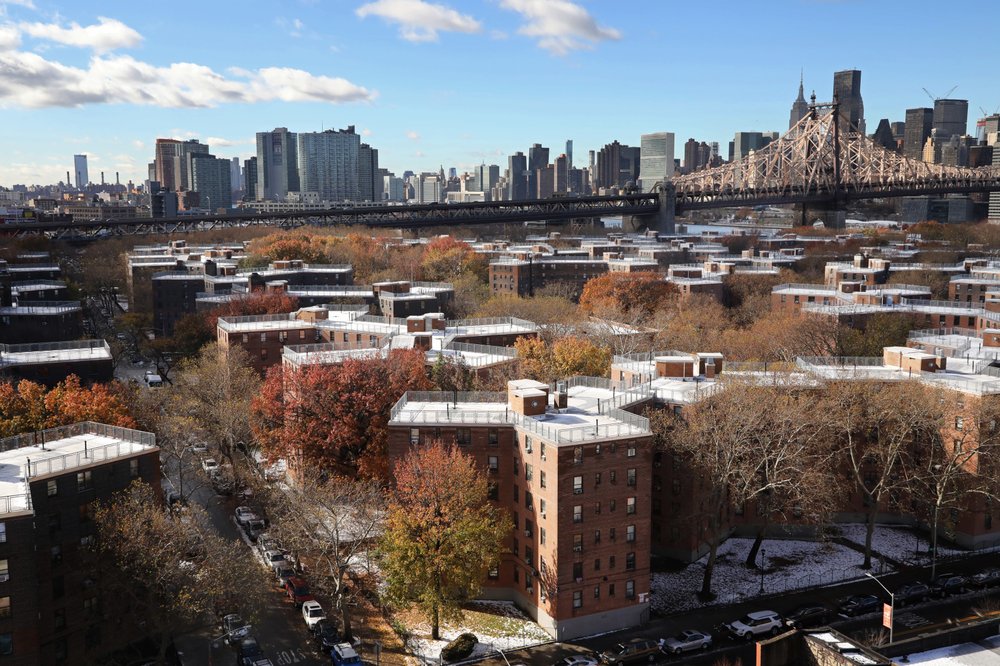 The Queensbridge Houses sit beneath the Ed Koch Queensboro Bridge, upper right, Friday, Nov. 16, 2018, in New York. Like most New York City housing projects, Queensbridge residents complain of poor conditions, lacking heat or hot water, or rats and roaches. The city has come under sharp criticism for the conditions of its public housing. Amazon is proposing to build a new headquarters nearby. (Photo: AP)

Shawn Smith has heard the promises before. When new hotels sprang up near the public housing complex in Queens where he’s lived for 17 years, residents were told they would bring jobs and economic opportunity.

He hasn’t seen any of it. So he’s cynical about the announcement this week that Amazon will build a headquarters for 25,000 workers on the Long Island City waterfront, a half mile from his home. Elected officials gleefully promised that Amazon’s presence will buoy all of western Queens. Smith is not so sure.

“The hotels here, they’re not hiring nobody. They’re bringing their own kind,” said Smith, who commutes to a construction job in New Jersey. “That’s how I feel about Amazon.”

His wasn’t the only skeptical voice among the roughly 6,400 residents of the Queensbridge Houses, the largest public housing complex in the US.

Residents, most of whom are black or Hispanic, expressed hope that there might be something for them in Amazon’s hiring bonanza to offset the pressures of neighborhood gentrification. But they are taking the promised opportunity with a grain of salt.

“Let’s see if they hire from around here,” said Fontaine White, 54, who has lived in Queensbridge for eight years. “I think it’s a good idea, provided you remember we live here, too. If you put Amazon in Long Island City, we’re part of Long Island City.”

City and state officials promised at least $2.8 billion in tax credits and grants to lure Amazon to Queens, where it would occupy a new campus built around a formerly industrial boat basin.

New York Gov. Andrew Cuomo and New York City Mayor Bill de Blasio, both Democrats, have heralded the deal as good for everyone.

De Blasio, who won office on promises to address the widening gap between rich and poor in the city, said Amazon has pledged to give money for job training programs for public housing residents, provide space for a new school and pay into a city fund that will be used for projects that benefit the community.

“When you add that kind of number (of jobs) into our economy, you’re opening a lot of opportunity for everyday people,” de Blasio said Friday during his weekly appearance on the Brian Lehrer Show on WNYC radio. He said Amazon’s presence would lead to “a lot of jobs for young people coming out of our public schools, coming out of public housing, coming out of city universities. And that’s crucial to addressing inequality.”