BRASILIA, Aug. 24 (Xinhua) - Major causes of record fires sweeping across the Amazon rainforest this month include the dry season and human activities, according to research institutions and media reports. 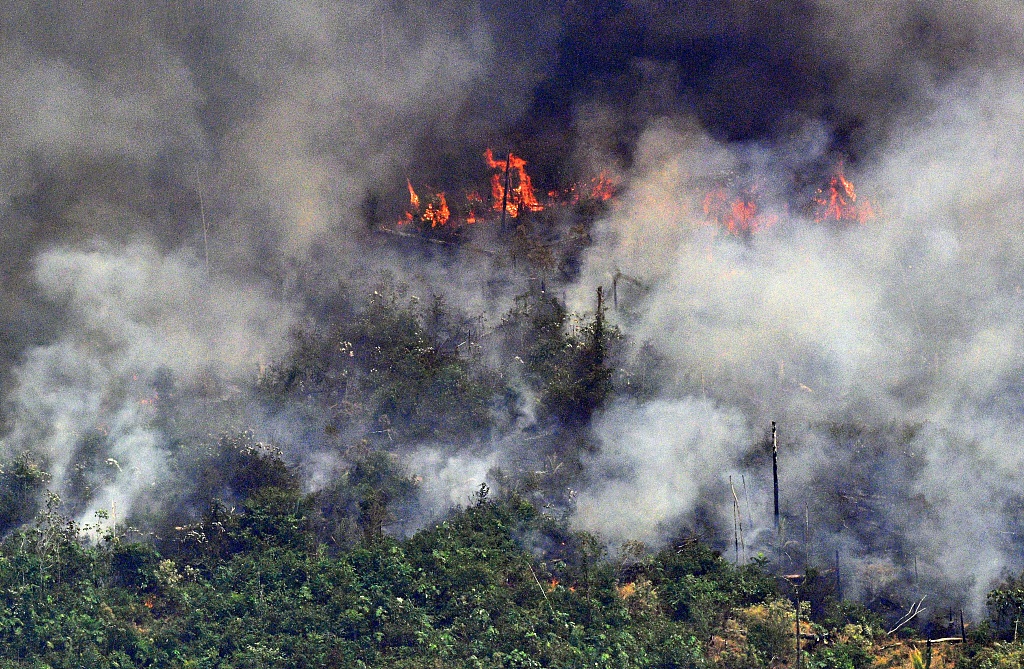 Aerial picture showing smoke from a two-kilometre-long stretch of fire billowing from the Amazon rainforest about 65 km from Porto Velho, in the state of Rondonia, in northern Brazil, on August 23, 2019. (Photo: VCG)

In a speech broadcast on Brazilian television and radio networks on Friday, Brazilian President Jair Bolsonaro attributed the fires to the dry season in the Amazon rainforest region.

Brazil owns about 60 percent of the Amazon rainforest, which covers an area of some 5,500,000 square km in South America.

Fire activities have been frequently detected in the region in recent two decades, according to Brazil's National Institute for Space Research (Inpe).

While the rainforest is typically wet and humid, the frequency of fire activity usually rise each year since July -- the onset of the dry season, and peaks in September and decreases in October as the rainy season approaches. 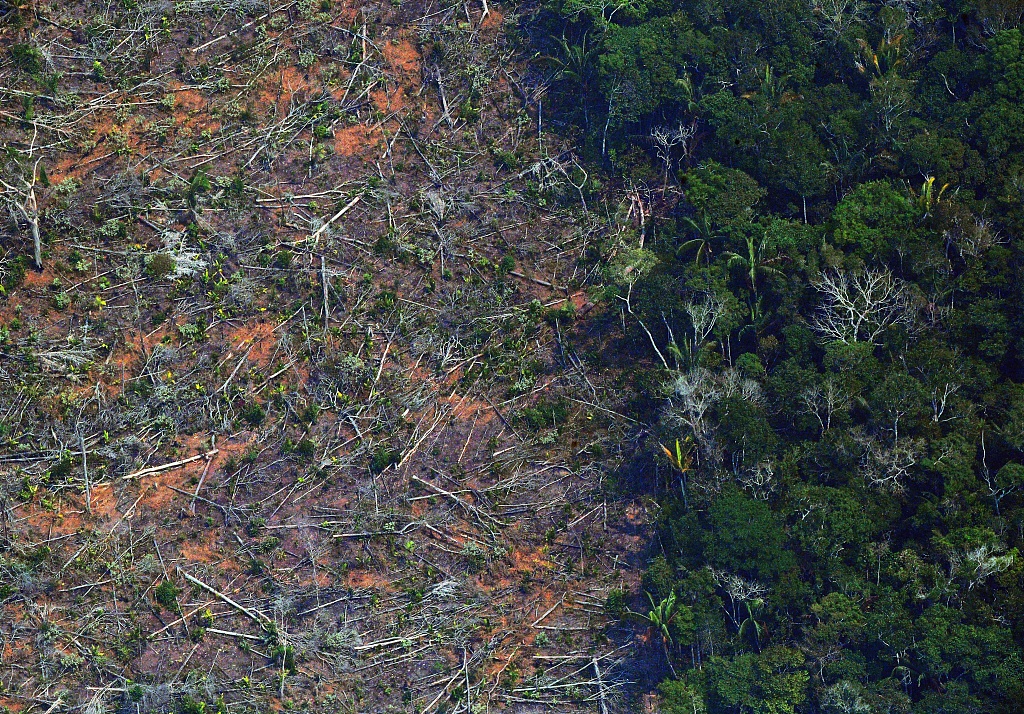 Aerial picture showing a deforested piece of land in the Amazon rainforest near an area affected by fires, about 65 km from Porto Velho, in the state of Rondonia, in northern Brazil, on August 23, 2019. (Photo: VCG)

However, this year has seen the most fires in this decade, according to US National Aeronautics and Space Administration. Earlier this month, Brazil declared a state of emergency over the rising number of fires in the region.

Data from the Inpe showed that the number of forest fires in Brazil soared by 82 percent from January to August this year from a year ago, and over half of those fires occurred in the Amazon rainforest.

On Monday, the city of Sao Paulo was plunged into darkness mid-afternoon, a phenomena caused by smoke from the forest fires being carried by wind currents.

Human activities have led to the recent increase of fires, some experts have noted. The view was echoed by many, though they were divided over who actually conducted the activities.

On Friday evening, Bolsonaro pledged "zero tolerance" of environmental crimes, adding that the Armed Forces troops and resources will be mobilized from Saturday to help put out the fires.

Earlier this week, Bolsonaro blamed non-governmental organizations for increasing wildfires in the Amazon rainforest in the country's north.

His claim was refuted by environmentalists, who argued that the surge of fires was a result of increasing deforestation and burning fuelled by the government's anti-environmental policy.

Alberto Setzer, an Inpe researcher, told local news site G1 that all the fires are results of human activities, some accidental while others intentional.

Carlos Nobre, a researcher at the University of Sao Paulo, told German broadcaster Deutsche Welle that according to their estimation, "the forest areas in the Brazilian Amazon have decreased something between 20 and 30 percent compared to the last 12 months."

Scientists and environmental groups are worried that the fires will aggravate climate change crisis and threaten biodiversity.