WORLD Ambassador: China adheres to the principle of peaceful development

Ambassador: China adheres to the principle of peaceful development

Chinese Ambassador to the United States Cui Tiankai says China adheres to the principles of peaceful development and win-win cooperation and rejects any expansionist or colonialist path. 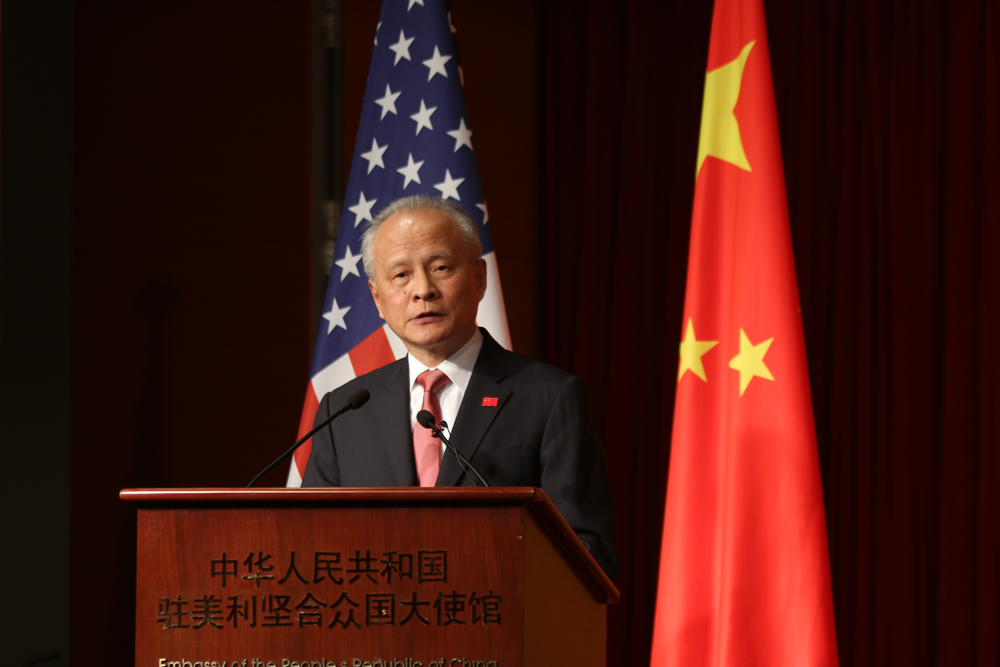 Cui Tiankai, Chinese Ambassador to the United States, speaks at a ceremony marking the 91st anniversary of the founding of the Chinese People's Liberation Army, in Washington, on July 30, 2018. (Photo: China Plus/Liu Kun)

He made the remarks at a ceremony in Washington marking the 91st anniversary of the founding of the Chinese People's Liberation Army (PLA).

Internationally, China is the biggest contributor of peacekeeping troops among the five permanent members of the UN Security Council, he said, and the PLA will continue to play an important role in building world peace.

He urged the US and China, who fought shoulder to shoulder during WWII, to continue their cooperation today in areas of common interest, such as global economic growth, combating terrorism, and so on.

He also said the two largest economies in the world, instead of trying to replace each other, should engage in healthy and positive competitions.