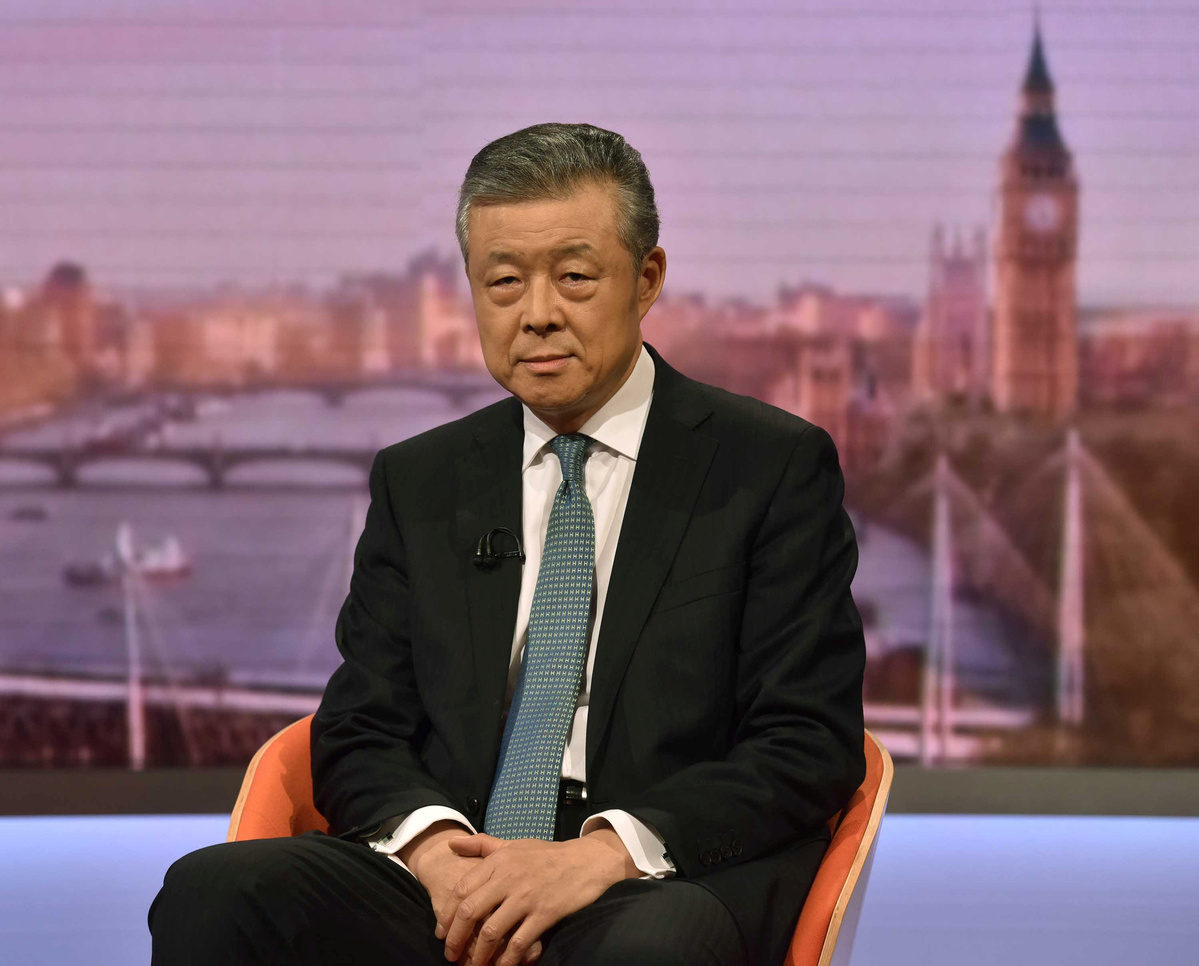 China's ambassador to the United Kingdom has condemned British media reports on the National Security Law for Hong Kong, which he said are "full of misinterpretation, misunderstanding, and even distortion".

Liu Xiaoming made the comments during an online news conference about the law for the special administrative region and said he wants the British public to understand the law "comprehensively, objectively, and accurately".

Liu started by explaining why the law was necessary, recalling unrest in Hong Kong that started in June 2019 that left the city "defenseless" against "anti-China forces".

He said some Western media outlets portrayed the demonstrations as "peaceful assembly" and part of a "pro-democracy movement", but he said certain groups participated in beatings, the destruction of property, looting, violence against police officers, and the storming of the city's Legislative Council building, all far from peaceful demonstration.

He said the law does not contravene that principle.

He said "one country" needs to be safe and secure for "two systems" to work properly.

Liu went on to explain the relationship between the new law and the high degree of autonomy within the region, which is known in abbreviated form as an SAR.

"The national security law fully integrates the comprehensive jurisdiction of the central government and a high degree of autonomy enjoyed by Hong Kong SAR," he said. "It does not alter the current capitalist system in Hong Kong. It does not change the high degree of autonomy and the legal system in the SAR. It doesn't affect Hong Kong's administrative, legislative or independent judicial power, including that of final adjudication."

According to the full text of the legislation, it only targets four types of offence; namely secession, subversion, terrorist activities, and collusion with a foreign country or with external elements to endanger national security.

"The law targets a very few criminals but protects the great majority of Hong Kong people," Liu said. "This law clearly stipulates human rights should be respected and protected in safeguarding national security in Hong Kong."

Liu explained that the rights and freedoms, "including the freedom of speech, of the press, of publication, of association, of assembly, of procession and of demonstration" which residents of the region enjoy under the SAR's basic law and the provisions of the International Covenant on Civil and Political Rights, and the International Covenant on Economic, Social and Cultural Rights, as applied to Hong Kong "shall be protected in accordance with the law".

He cited a petition in support of the new law organized by various sectors of Hong Kong society that collected nearly 3 million signatures in eight days.

"This bears full witness to the overwhelming aspiration of Hong Kong people for stability and security," Liu said.

In response to the British government's offer to give British National (Overseas), or BNO, passport holders in Hong Kong a path to British citizenship, the ambassador said such actions fail to fulfil the UK's international obligations.

"These moves constitute a gross interference in China's internal affairs and openly trample on the basic norms governing international relations," he said.

He said one important task of the national security law for the Hong Kong SAR is to "prevent, suppress and punish" collusion with a foreign country or with external elements to endanger national security.

"No one should underestimate the firm determination of China to safeguard its sovereignty, security, and development interest," Liu said.

More than 70 countries publicly indicated their support for China's National Security Law for Hong Kong at the ongoing 44th session of the United Nations Human Rights Council being held in Geneva.