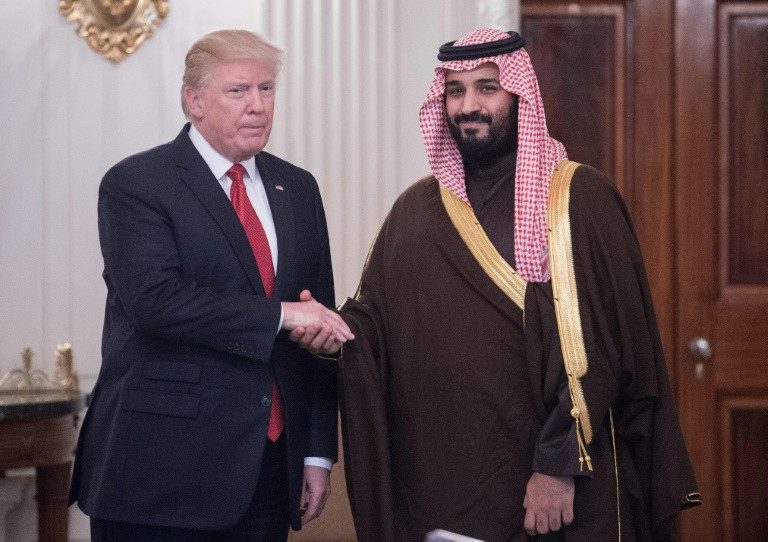 US President Donald Trump and Saudi Crown Prince Mohammed bin Salman -- shown here at the White House in 2017 -- will meet there again on Tuesday. (Photo: AFP)

Saudi Arabia's Crown Prince Mohammed bin Salman doesn't do things by halves, and his meeting on Tuesday with President Donald Trump is just the beginning of a three-week US tour.

Hot on the heels of securing his role as de facto Saudi leader and launching a controversial reform drive, the ambitious 32-year-old is keen to cement ties with the kingdom's most important ally.

"Our relationship with the US are at an all-time high," Saudi Foreign Minister Adel al-Jubeir, also a former ambassador to the US, boasted at a news conference on the eve of the White House talks.

After a week of talks in Washington, Prince Mohammed will head to the US financial center in New York on Saturday.

There he will discuss the planned partial sale of Saudi Aramco, the kingdom's oil giant and the golden egg underpinning the prince's Vision 2030 strategy of economic and social reform.

The IPO, potentially the largest stock sale ever, had been scheduled for the second half of 2018 but there are reports that it has been delayed after doubts it would hit its $2 trillion target.

Nevertheless, London, Hong Kong and New York are still competing to host the offering, but Riyadh fears the firm would be exposed to litigation if listed in the United States.

While in New York, MBS, as he is often known, will also meet United Nations Secretary General Antonio Guterres, head of an organization that has criticized his conduct of the war in Yemen.

Saudi Arabia leads a coalition fighting the Huthi rebels, who are allegedly backed by Iran, but has come under criticism for strikes on civilian targets and blockades of humanitarian aid.

The heir to the Saudi throne will not expect much pushback from the White House, though.

Trump's administration has been firmly behind the Sunni kingdom as it frames all its conflicts as part of a confrontation with Shiite Iran.

Jubeir compared the enmity between Riyadh and Tehran to the battle between light and Iran's "vision of darkness." 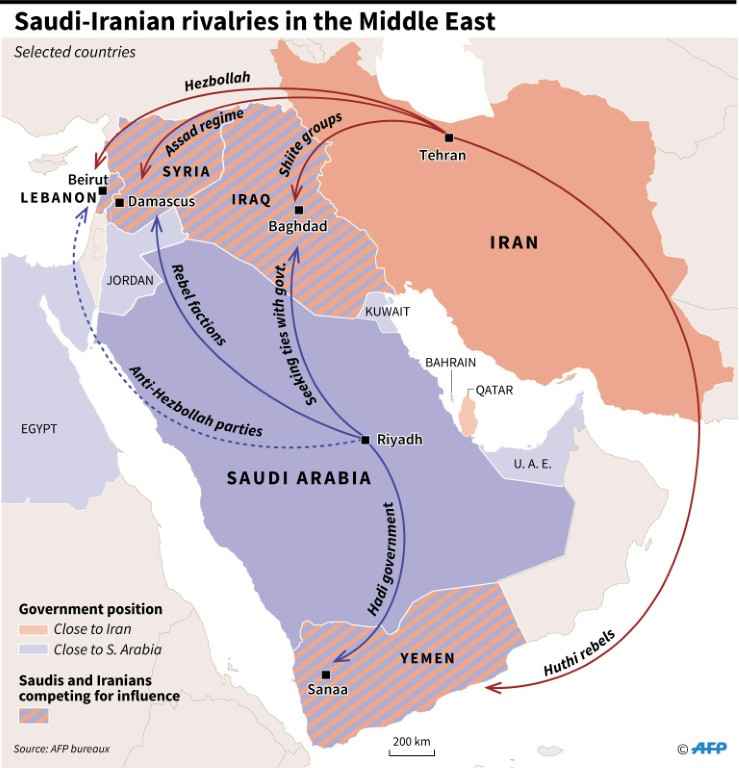 And light always triumphs over darkness," he said.

On Yemen, the Saudi envoy insisted that the kingdom had not sought war but had been drawn in while trying to shore up the rule of the recognized president against his domestic rivals.

"We are committed to a political process," he insisted.

This might satisfy Trump, whose first foreign visit as president last year was to Riyadh, but some lawmakers -- egged on by rights activists -- are seeking to curtail US support for the war.

And US generals and diplomats are still struggling to calm tensions in the Gulf 10 months after Saudi Arabia led its neighbors in a trade and diplomatic embargo on former ally Qatar.

The row dashed US hopes of maintaining a regional Arab alliance against Iran and has complicated the lives of US military planners based at Qatar's vast Al-Udeid air base.

After Washington, Wall Street and the United Nations, Prince Mohammed will head on March 30 to the West Coast, home of America's new economy.

He will visit arms exporter Lockheed Martin, as his predecessors might have done, but in trips to Los Angeles, San Francisco and Seattle, he will see tech giants Google, Apple and Amazon.

Saudi Arabia is still the world's number one oil exporter, and the crown prince will indeed visit US oil hub Houston on the last leg of his trip on April 7, but he also wants to diversify.

This part of his agenda to transform an economy that has left many young Saudis of the prince's generation idle and restless, prey to extremists, has been accompanied by an anti-corruption drive.

This was billed as a way to clean up the Saudi image and encourage outside investment, but many potential funders were spooked to see many renowned Saudi financial heavyweights confined en masse in a luxury hotel.

These figures were eventually released after reportedly surrendering chunks of their wealth, but the exercise was criticized by some as more of a power grab than an anti-graft initiative.

Jubeir, of course, insists the issue is of little matter in the broader picture of US-Saudi ties.

"We had virtually no pushback," he said. "People are very supportive."