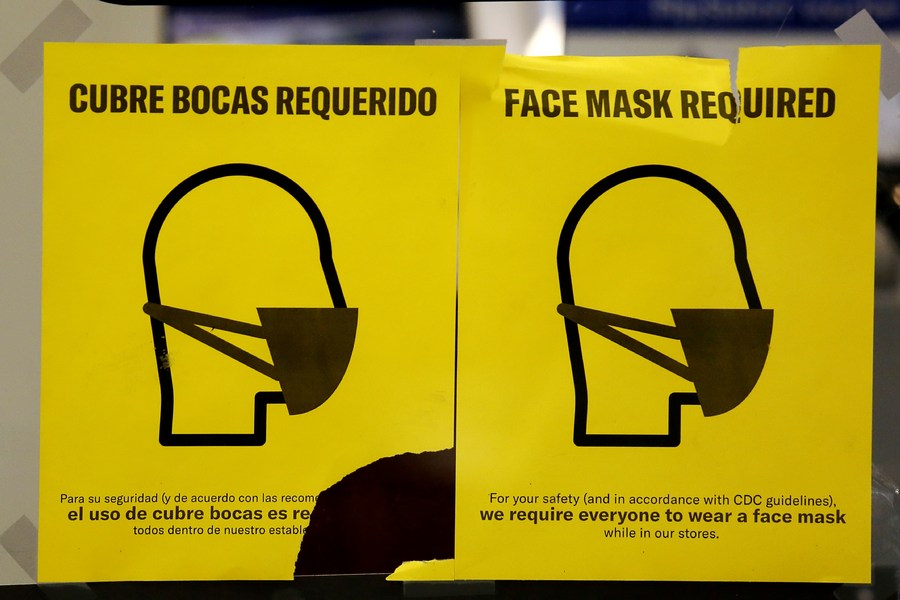 WASHINGTON, Jan. 27 (Xinhua) -- The national emergencies caused by the COVID-19 pandemic "not only fail to unite the country but instead provoke the exact opposite development, further polarization," said an opinion piece published by The New York Times on Wednesday.

As for the root cause behind, Thomas B. Edsall, a columnist of the newspaper, noted in the article "the destructive power of polarization across the American political system."

"The United States continues to stand out among nations experiencing the detrimental effects of polarization," the author quoted as saying a report written by Jennifer McCoy of the Georgia State and Benjamin Press of the Carnegie Endowment for International Peace.

McCoy and Press studied 52 countries "where democracies reached pernicious levels of polarization" and found "the United States is the only advanced Western democracy to have faced such intense polarization for such an extended period. The United States is in uncharted and very dangerous territory," according to the article.

McCoy and Press also noted several causes that make the United States "both especially susceptible to polarization and especially impervious to efforts to reduce it," including the durability of identity politics in a racially and ethnically diverse democracy, said the article.