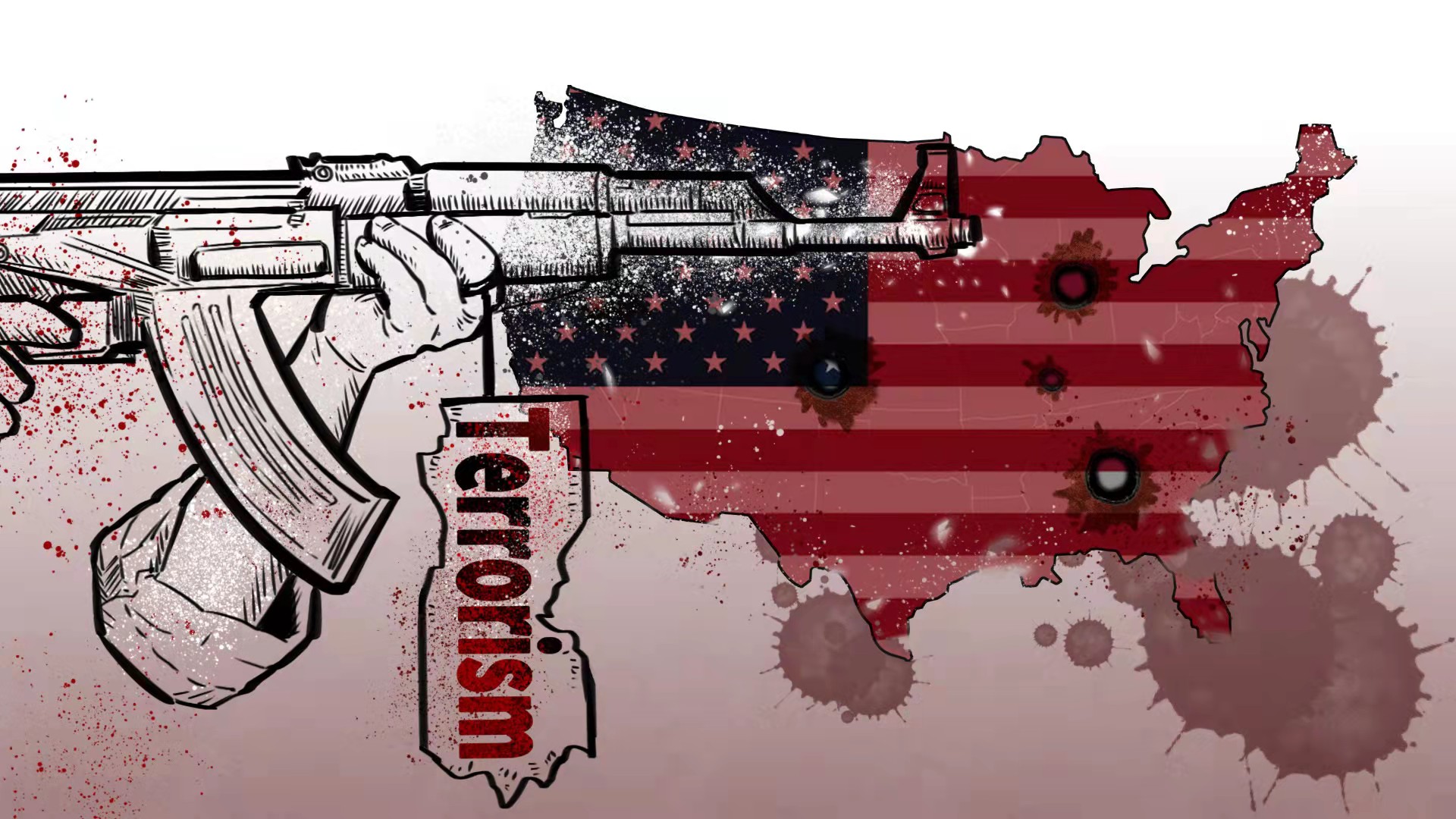 Editor's note: The United States has been at war for more than 200 of its 245 years of existence. Between the end of WWII and 9/11 – barely 50 years – the U.S. initiated 201 conflicts that ravaged 153 countries and regions. "America: War by Another Name" is a special eight-part series that explores the sinister motivations for its warmongering. Episode 5 is on America's right-wing extremism.

On August 3, 2019, the American far-right online forum 8chan published a post titled "The Inconvenient Truth" in support of the Christchurch Mosque shooting in New Zealand, and against a Hispanic "invasion" of Texas and the "cultural and ethnic replacement" of white people by ethnic minorities. Soon after it was posted, 21-year-old white male Patrick Wood Crusius, whom the police believed to be the author of the post, walked into a Walmart store in El Paso and opened fire at shoppers in opposition to the "great white replacement" he believed to be underway.

Before this day, a 2-month-old baby, Paul Anchondo, never knew he would lose both parents in an ordinary grocery shopping trip; a 60-year-old veteran like Arturo Benavides might have never expected that even though he survived a war, he would die in an everyday event and leave behind his wife whom he had spent over 30 years with; 86-year-old Angelina Englisbee had absolutely no idea that the phone call she had with her son at the cashier would be the last in her life…

The 2019 El Paso shooting in Texas led to 23 deaths. Although the deadliest attack in 2019, it was but one of the many far-right terrorist crimes to have occurred in the U.S. over the past few years. In August 2017, as thousands of white supremacists staged a rally in Charlottesville, Virginia, 40 people were injured or killed. In October 2018, the white supremacist terrorist attack in Pittsburgh's Tree of Life synagogue killed 11 and injured seven. On April 28, 2019, the Poway synagogue shooting in California left one dead. On January 6, 2021, the Capitol building saw severe chaos and casualties after Trump supporters at the instigation of right-wing extremists swarmed it in a bid to overturn the results of the 2020 general election. 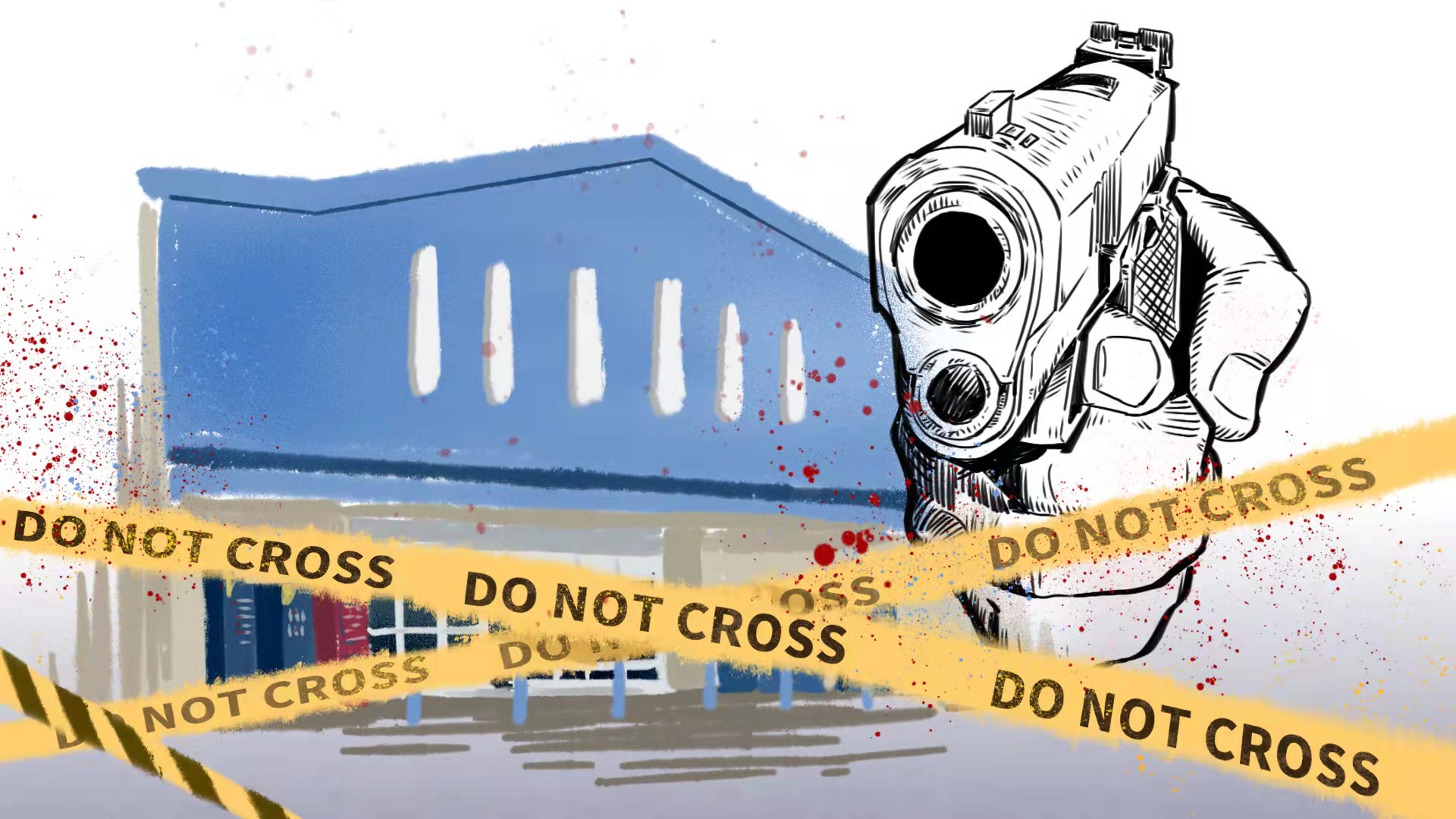 The rise of homegrown terrorism, particularly the surge of far-right extremism, is one of the biggest threats to the U.S. today. American right-wing extremism has three main types: white supremacy, anti-government extremism and social ultraconservatism. The first is a kind of racism in nature, and it is the most popular and the fastest growing far-right ideology in the United States.

An important branch of anti-government extremism is the Militia Movement – mainly made up of ex-soldiers. The Militia Movement put up training camps that are actually the gathering place for white separatists. Although this extremist strand primarily targeted government authorities, it has become increasingly anti-immigration and anti-Muslim, overlapping with the white supremacist ideology since 2008 when Barack Obama became the U.S. president.

Social ultraconservatism is a movement and ideology calling for a return to the American tradition. It includes anti-abortion extremism, anti-gay extremism, anti-immigration extremism and involuntary celibacy (Incel). Many social ultraconservatist movements, for example, the Incel movement, anti-immigrationism and antisemitism, share ideological similarities with white supremacy.

In 2019, 48 Americans were killed in domestic terrorist attacks, 39 of them by white supremacists. Although less people died in 2020 for this reason, the number of domestic terrorist plots and attacks was at the highest level since 1994, with two-thirds of them being conducted by right-wing extremists.

The rise of far-right forces in the American society is fundamentally enabled by a strong sense of frustration and an identity crisis among the white people due to the deterioration of their financial situation and the marginalization of their culture. This is a result of drastic economic and structural changes in American society. It is also inextricably linked with American government's endless "War on Terror."

After the 9/11 attack, Washington invested enormous efforts and resources in anti-terrorism wars overseas. This took a heavy toll on the domestic economy. Starting from 2001, the U.S. ratcheted up its military spending. The Department of Homeland Security budget, which was $16 billion for the year 2001-2002, peaked at $74 billion for the year 2009-2010. According to the International Institute for Strategic Studies, America's military spending in 2020, standing at $738 billion, was four times as much as that of China and accounted for 40 percent of the global total. 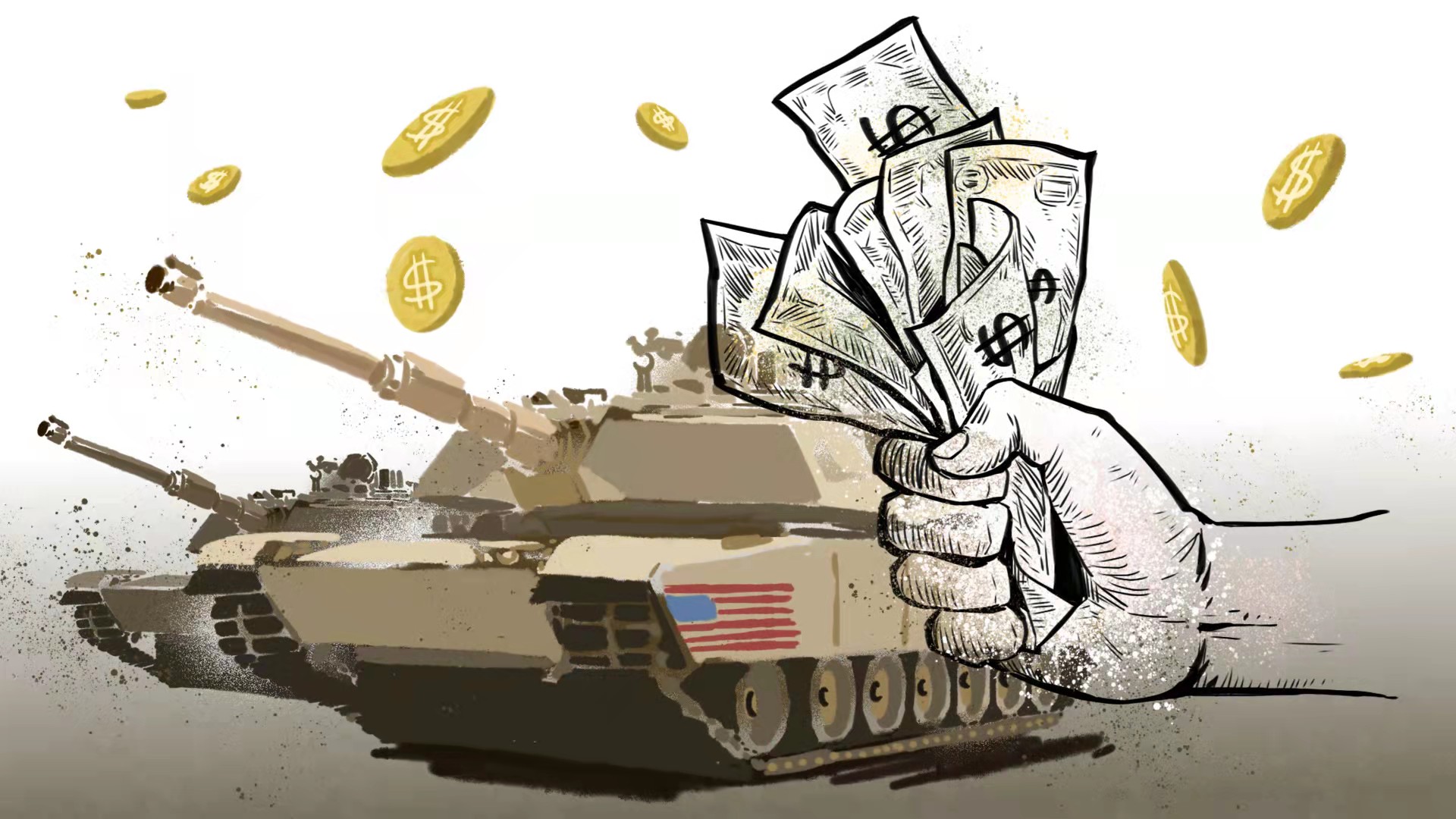 To tackle terrorist groups overseas, the U.S. has launched regional wars over the past 20 years, including attacks on Iran, Iraq, Afghanistan and Yemen. This has incurred huge losses to both local and American troops. The latest research from Brown University shows that the 20-year war in Afghanistan cost $2.3 trillion. That is equivalent to the spending of $6,949 per American citizen.

In the meantime, America's overseas war on terrorism has deepened the bias of white Americans against the Muslim population. Especially since the global financial crisis sent the U.S. economy on a rapid downturn in 2008, such bias and hostility has escalated to target almost all ethnic minorities, further consolidating the influence of white supremacists. This, at the instigation of far-right forces, has led to serious racial conflicts and social unrest.

The only beneficiary of the wars is probably the military-industrial complex. American defense companies are the leader of the world's arms industry. In 2019, the total sales of the global top five, Lockheed Martin, Boeing, Northrup Grumman, Raytheon and General Dynamics – which are all American – reached a whopping $166 billion. In 2019, 12 American firms were on the list of the top 25 global defense companies, representing 61 percent of global arms sales. Among the $2.3 trillion spent in the war in Afghanistan, around 87 percent went into the pockets of the top five defense contractors.

By funding and lobbying members of Congress, American defense contractors have gained tremendous influence in national policymaking, and, with the help of senators and representatives they have funded, obtained more resources to manufacture weapons. Through infiltration into and influence over academia, Hollywood and the video game industry, the military-industrial complex is able to propagandize at home that it is of necessity to uphold the U.S. hegemony and promote militarism. By doing so, it could keep the war machine running indefinitely to advance the defense industry. The military-industrial complex shrouds American ideologies, politics and culture with a militarist sentiment, creating a fertile ground for the rapid development of far-right terrorism.

America "must guard against the acquisition of unwarranted influence, whether sought or unsought, by the military-industrial complex. The potential for the disastrous rise of misplaced power exists and will persist," then American President Dwight Eisenhower warned in his famous farewell speech in January 1961. Sixty years later, however, the U.S. is turning itself into an imperialist military machine, creating a hot bed for domestic far-right terrorism and sowing the seeds for social division and turmoil.