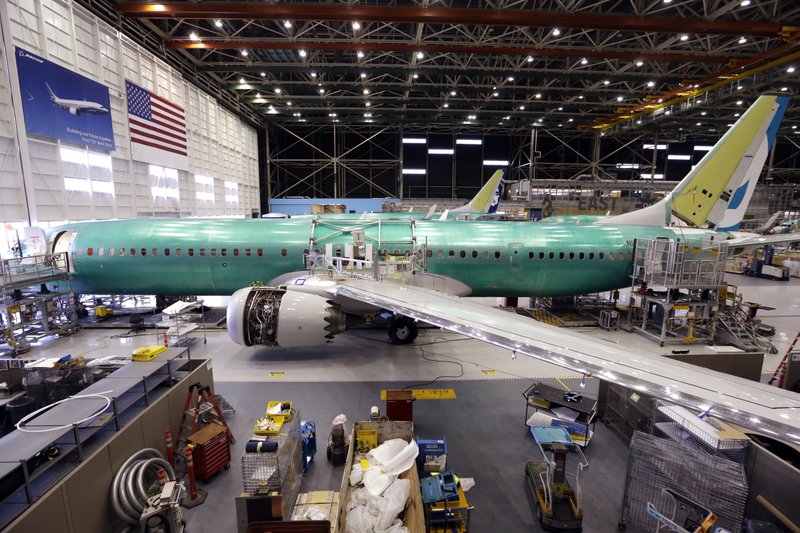 In this Monday, Feb. 13, 2017, file photo, the first of the large Boeing 737 MAX 9 models, expected to begin test flights in April, sits at the front of the assembly line and almost ready to roll out at the company's airplane production facility in Renton, Wash. US. (Photo: AP)

American Airlines is extending cancellations of flights through April 24 due to the grounding of Boeing 737 Max aircraft, as federal regulators continue to investigate two deadly crashes involving the plane model. Southwest Airlines is also continuing to make cancellations.

Southwest, which has 34 Max aircraft, is making cancellations five days in advance, with an average of 130 daily cancellations. On Saturday, it also began to ferry all its Max aircraft to a facility in Victorville, California, without passengers, to free up space at the airports where they had been parked.

United Airlines, which has 14 Max aircraft, does not have any flights scheduled on the equipment through April 9. It doesn’t expect any future cancellations as a result of the grounding of the planes, and it is using alternate aircraft to make up for their being grounded.

Aviation authorities around the world grounded Boeing 737 Max aircraft earlier this month following deadly crashes involving the plane model in Ethiopia and off the coast of Indonesia, which occurred within five months of each other.