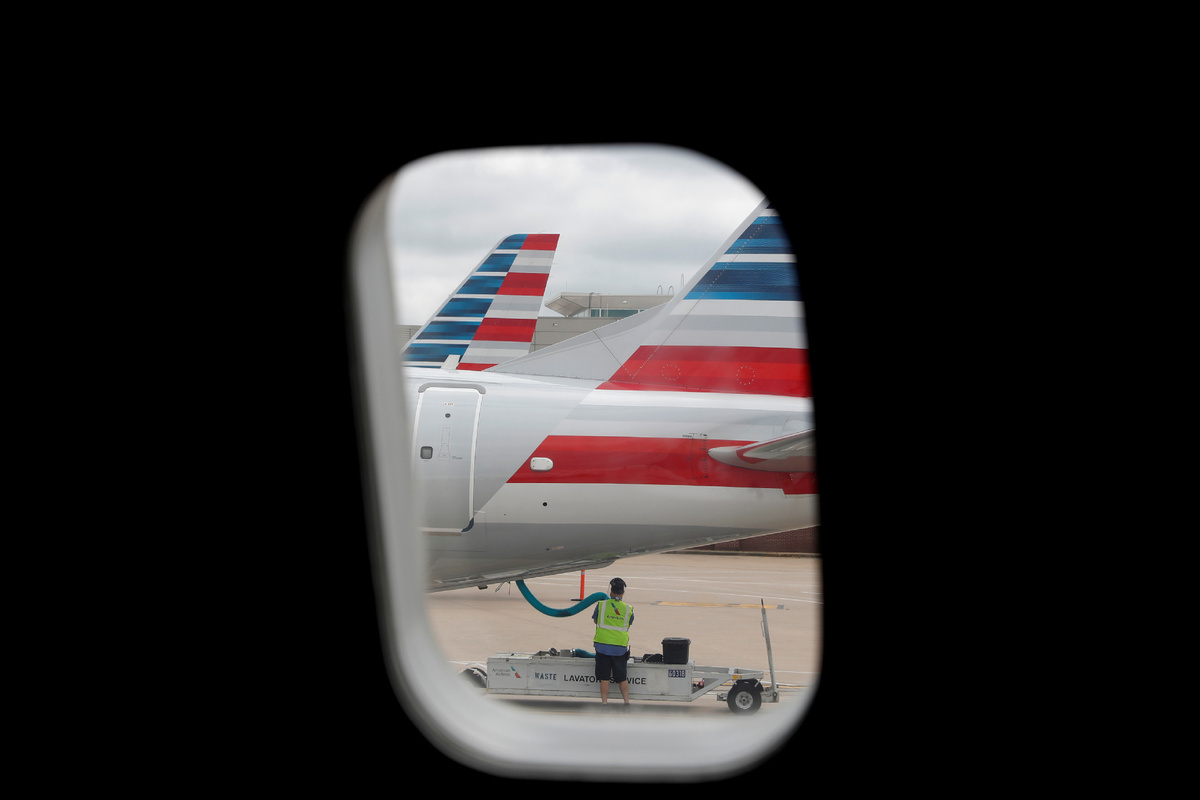 An airlines worker works on an American Airlines plane that arrived at Hartsfield–Jackson Atlanta International Airport, as the coronavirus disease (COVID-19) continues, in Atlanta, Georgia, US, May 19, 2020. (Photo: Agencies)

American Airlines is ignoring social distancing guidelines and selling all seats on its flights.

The carrier started booking flights to capacity on Wednesday.

Previously, the airline had said it would limit flights to 85 percent of capacity and block certain seats to ensure social distancing onboard its aircraft.

The decision drew a rebuke from the US Centers for Disease Control and Prevention (CDC).

"We don't think it sends the right message," CDC Director Robert Redfield told members of the Senate Health, Education, Labor and Pensions Committee on Tuesday during a hearing on efforts to contain the coronavirus. "There was substantial disappointment with American Airlines."

In response to concerns, American Airlines said it plans to notify passengers when their flight is full and allow them to change their reservations to another flight at no charge through Sept 30.

"We are unwavering in our commitment to the safety and well-being of our customers and team members," the carrier said in a statement.

Many other airlines continue to leave some seats vacant on flights as a safety measure.

Delta, for example, limits capacity to 50 percent in first class and 60 percent in the main cabin as part of its effort to promote social distancing, the company said in a statement.

Air travel plunged about 90 percent during the COVID-19 pandemic, forcing carriers to cancel flights, store aircraft and furlough workers. That led to record losses for the industry and a drop in stock prices.

Traffic began to rebound in May after having collapsed in March and coming close to a standstill in April amid stay-at-home advisories and international travel restrictions.

Air travel now is higher than the 50-year low hit in April, but the number of people scanned at airport security checkpoints is still about 75 percent below June 2019 levels, the US Transportation Security Administration (TSA) reported.

Despite the bounce off the bottom, American plans to offer fewer flights than in most summers — the peak leisure travel season.

The great unknown is whether travelers will return in large numbers if they don't feel safe.

American's decision to sell all seats on its flights plays out against an uptick in coronavirus cases nationwide and a pullback in the pace of reopenings in major states, including Florida and Texas.

American said, "We have multiple layers of protection in place for those who fly with us, including required face covering, enhanced cleaning procedures, and pre-flight COVID-19 symptom checklist."

The carrier said it has used high-efficiency particulate air filters, commonly known as HEPA, on all its mainline jets and many regional flights since 1990.

It said the filters capture "at least" 99.97 percent of airborne microbes by recirculating cabin air every two to four minutes.

"American has been further improving our HEPA filters by adding a layer of activated carbon to our filers to provide additional removal of fumes, odors and volatile organic compounds," Ben Thiesse, a senior engineer for the carrier, said in a statement.

The virus can be spread through droplets passing through the nose or mouth when an infected person coughs or sneezes. It also can be spread on seats and tray tables, the CDC said.

To limit the risk of contagion, airlines now clean planes between flights and require passengers to take basic safety steps.

"You can't employ distancing on an airplane like you can on a grocery store line," Nick Calio, A4A's CEO, said in a statement.

The voluntary measures require all passengers to wear a face mask at the airport and on the plane and to be checked for symptoms of COVID-19, including abnormally high temperature, difficulty breathing, loss of taste or smell, chills and sore throat, the trade group said.

Major airlines, including Alaska, American, Delta, Hawaiian, JetBlue, Southwest and United, will require passengers to complete a basic checklist as part of the check-in procedure, the trade group said.