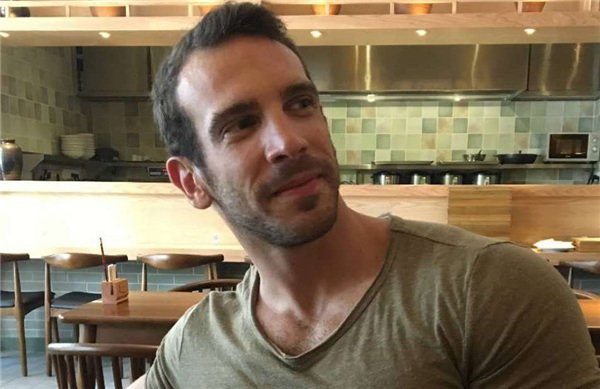 Thomas Garbarini, a New York-born translator and painter who got stuck here in the Serbian capital along with his Chinese wife due to global COVID-19 traveling restrictions, has created a blog to convey "more nuanced understanding" of China.

In a recent interview with Xinhua, Garbarini shared how his blog -- Zhihu Digest -- works, and the reason that pushed him to establish it.

Zhihu, or "do you know" in Chinese, is one of China's most popular question-and-answer websites where all kinds of questions are raised, answered, edited and organized by the community of its users. Launched in 2011, its user number has exceeded 200 million, with over 30 million questions raised on the platform, according to the company.

One reason to create Zhihu Digest, a website that includes top questions from Zhihu in English, is to make it easier for English-speaking audience to understand the true voice of ordinary Chinese people, said Garbarini.

The gap between Western and Chinese social media users contributes to a lack of understanding and empathy between the two, he noted.

Noting that he started learning Chinese in 2011 when he visited Beijing and has been using social media to improve his language skills, Garbarini said he created Zhihu Digest this February to use it as a platform to share his experience with other Chinese language students.

However, he later found that visitors have shown more interest in public opinion in China, thus prompting him to shift his focus on sharing to the rest of the world what Chinese people discuss most.

"Originally, I meant for this to be a language learning website," he said. "But most visitors were interested in culture, news and politics, so I have been focusing on that."

Topics on Garbarini's blog are usually those that attract most attention and discussions on Zhihu, which often include happenings in the United States and their reflections in China.

"For example, when there are 2 or 3 million cases of coronavirus in the U.S.," he said. "Whenever there is a new report on that, it is interesting to hear what normal Chinese people think about that."

"Also, sometimes it is interesting to hear stories that have nothing to do with the West and only about China, because lots of times there is no reporting on that in the Western media," he explained.

Noting that Western media have been depicting China in a negative way recently, he said that "it's not my goal to change people's views, but simply to convey what people are talking about on Zhihu."

Taking the recent flooding in Yangtze River as an example, Garbarini said comments from people who live in those areas can help readers learn "first-hand how the flood is affecting them and how they are witnessing the flood-prevention measures."

"I hope that my readers will get a more nuanced understanding and develop more empathy," he said. "If you read the news without knowing the feelings of people who are affected by it, things can become black and white."