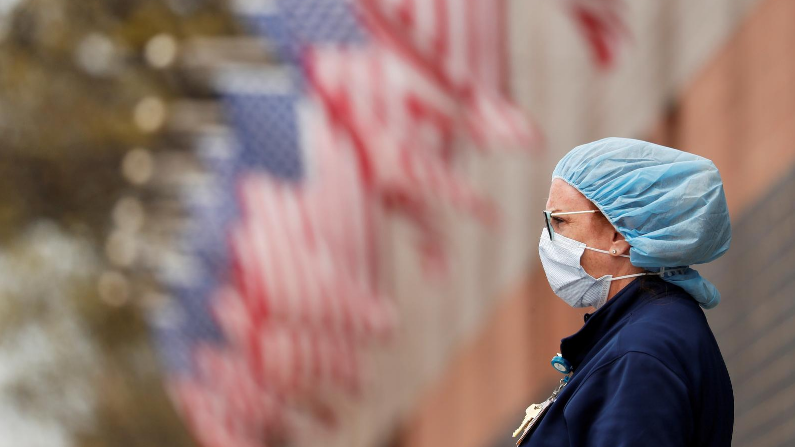 A nurse wearing personal protective equipment watches an ambulance driving away outside of Elmhurst Hospital during the ongoing outbreak of the coronavirus disease (COVID-19) in the Queens borough of New York, U.S., April 20, 2020. (Photo: Reuters)

Faced with a mutating coronavirus, the New York Times editorial board called for better disease surveillance and was critical of the Trump administration's response in an editorial board opinion published on Tuesday.

The new variant is believed to spread more easily and faster than the original version of the coronavirus and has been detected in Britain, France, Japan, South Africa and several other countries recently.

As the situation has intensified, many countries restricted travels from the UK, while state and local authorities in the U.S., to some extent, have had to deal with this epidemic by themselves as U.S. President Donald Trump has done little to address the pandemic, wrote the board.

On Monday, New York Governor Andrew Cuomo asked all passengers flying from the UK to the New York to take a negative COVID-19 test before they get on planes, amid concerns about the new coronavirus variant that may be more transmissible. The U.S. government announced, almost a week late, that it will require all airline passengers arriving from the UK to test negative for COVID-19 within 72 hours of departure starting next Monday.

Calling out the government inaction, the New York Times editorial board wrote on Tuesday that the travel restriction works just to a certain degree, but what the country urgently needed is genomic surveillance, which can help provide key information about how the coronavirus evolves and trace its spread.

"Travel restrictions might make sense, but what this country really needs is better disease surveillance," wrote the editorial board.

"Genomic surveillance is also one of the few ways officials can determine whether, where and how to put travel restrictions in place," according to the New York Times editorial board.

As the hardest-hit country in the world, the U.S. faces an unprecedented holiday season amid a pandemic that has killed nearly 330,000 people in the United States, with a daily death toll now repeatedly well over 3,000 people, the highest since the pandemic began.