American officials defy White House on origins of the coronavirus 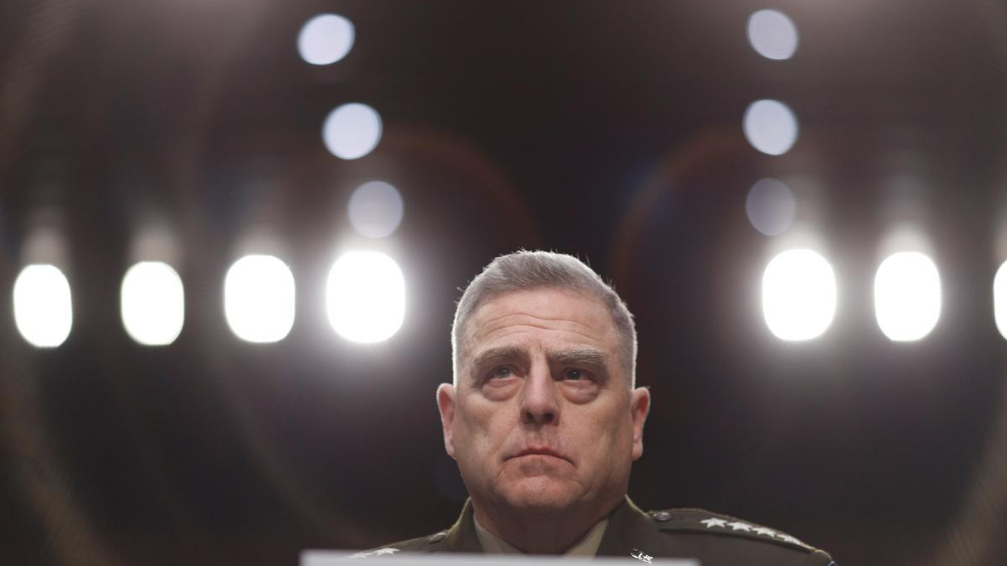 U.S. President Donald Trump and Secretary of State Mike Pompeo have been touting their theory for weeks that the coronavirus originated not in nature but in a laboratory in Wuhan, China. But more and more officials and scientists defied the theory, denying that China made the coronavirus, and claiming that it's highly impossible the virus was accidentally leaked from the Wuhan Institute of Virology.

Mark Alexander Milley: the highest-ranking military officer in the U.S.

The Pentagon's top uniformed official on Tuesday stated that based on available evidence, the virus was natural and not man-made or released purposely from the Wuhan lab.

"The second issue is, was it accidentally released, did it release naturally into the environment or was it intentional? We don't have conclusive evidence in any of that, but the weight of evidence is that it was probably not intentional," he told reporters at the Pentagon. 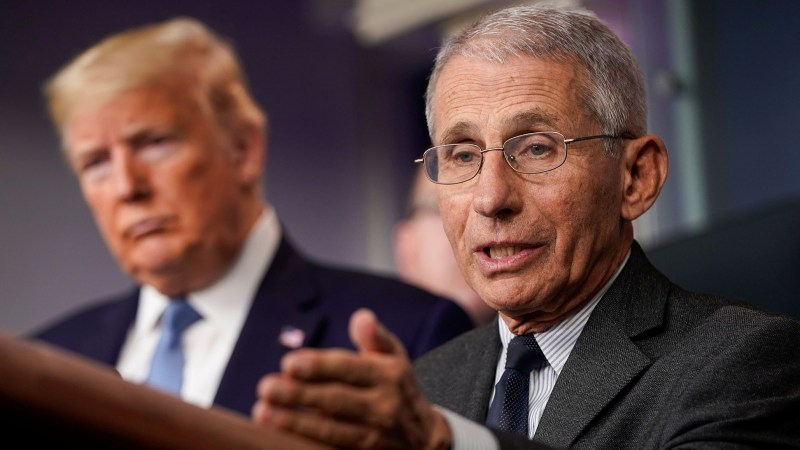 Director of the National Institute of Allergy and Infectious Diseases Anthony Fauci speaks during a news briefing on the coronavirus, Washington, D.C., March 21, 2020. (Photo: Agencies)

Anthony Fauci: head of the National Institute of Allergy and Infectious Disease

A day earlier, Anthony Fauci, head of the National Institute of Allergy and Infectious Disease, told National Geographic that he doesn't believe the virus originated in a lab.

"If you look at the evolution of the virus in bats and what's out there now, [the scientific evidence] is very, very strongly leaning toward this could not have been artificially or deliberately manipulated ... Everything about the stepwise evolution over time strongly indicates that [this virus] evolved in nature and then jumped species."

When it comes to the alternative theory that some "scientists found the virus outside the lab, brought it back, and then it escaped," Fauci responded with indifference, saying that "[the virus] was in the wild to begin with. That's why I don't get what they're talking about [and] why I don't spend a lot of time going in on this circular argument."

As the most prominent doctor in the U.S. at the moment, Fauci's view on the origins of the disease matters a lot more than Trump's opinion about where it came from, especially when a large amount of people, except Trump and his immediate inner circle, are skeptical of the president's narrative that the virus came out of a lab.

Aside from the prominent doctor and official, the intelligence shared among Five Eyes nations also indicates it is "highly unlikely" that the pandemic is the result of an accident in the Wuhan laboratory. The assessment was coalesced among the countries in the Five Eyes intelligence-sharing coalition.

"We think it's highly unlikely it was an accident," a Western diplomatic official with knowledge of the intelligence said.

"It is highly likely it was naturally occurring and that the human infection was from natural human and animal interaction," a second official, from a Five Eyes country, concurred with it.

The Five Eyes alliance is made up of the United States, United Kingdom, Canada, Australia and New Zealand – and the countries share a broad range of intelligence in one of the world's tightest multilateral arrangements. 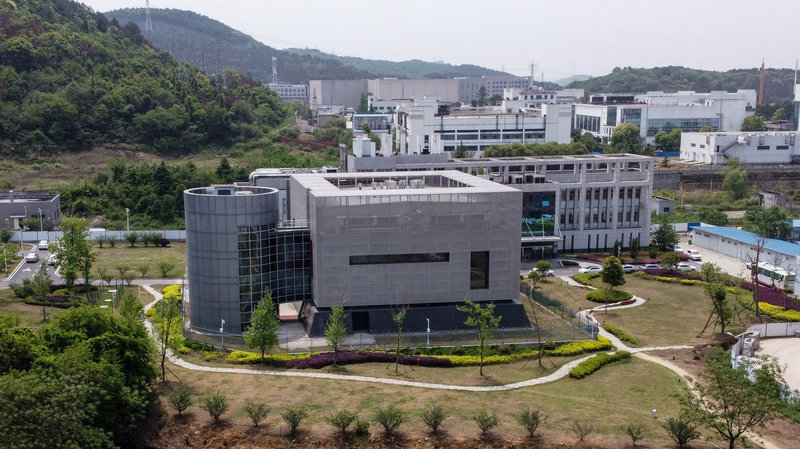 Accidental leak of virus requires a 'remarkable series of coincidences'

An accidental release would have required a remarkable series of coincidences and deviations from well-established experimental protocols. Many scientists have said there was no evidence to conclude that the virus came out of the Wuhan Institute of Virology and many believe the virus likely made its way to people directly through bats or an intermediate host.

NPR interviewed 10 leading scientists familiar with lab accidents and concluded that there is virtually no chance that the new coronavirus was released as a result of a laboratory accident in China or anywhere else.

The researchers said that scientists would have to find the pathogen in nature first for them to get infected. However, though bats likely carry other coronavirus strains, most of them probably can't infect humans.

Even if researchers stumbled across the virus, they would be very unlikely to get infected because they wear protective gear when they collect samples. And these samples of bat blood, urine, saliva and feces are immediately plunged into nitrogen to freeze them on the spot.

Lowering the odds further, when researchers begin to work in the lab, the samples will be firstly deactivated, a process that breaks the virus apart to limit the possibility of accidents while preserving its genetic material for study. The process is actually not infectious. And the staff at the Wuhan Institute of Virology have been trained by U.S. scientists as part of PREDICT, a global project to watch for emerging viruses, and they restrictively followed these protocols.

Jonna Mazet, a professor of epidemiology at the University of California, Davis and director of PREDICT told NPR that researchers at the Wuhan institute were so good that "they were not only completing all of those trainings, but they were also weighing in and helping us to make those trainings very strong from a safety perspective." 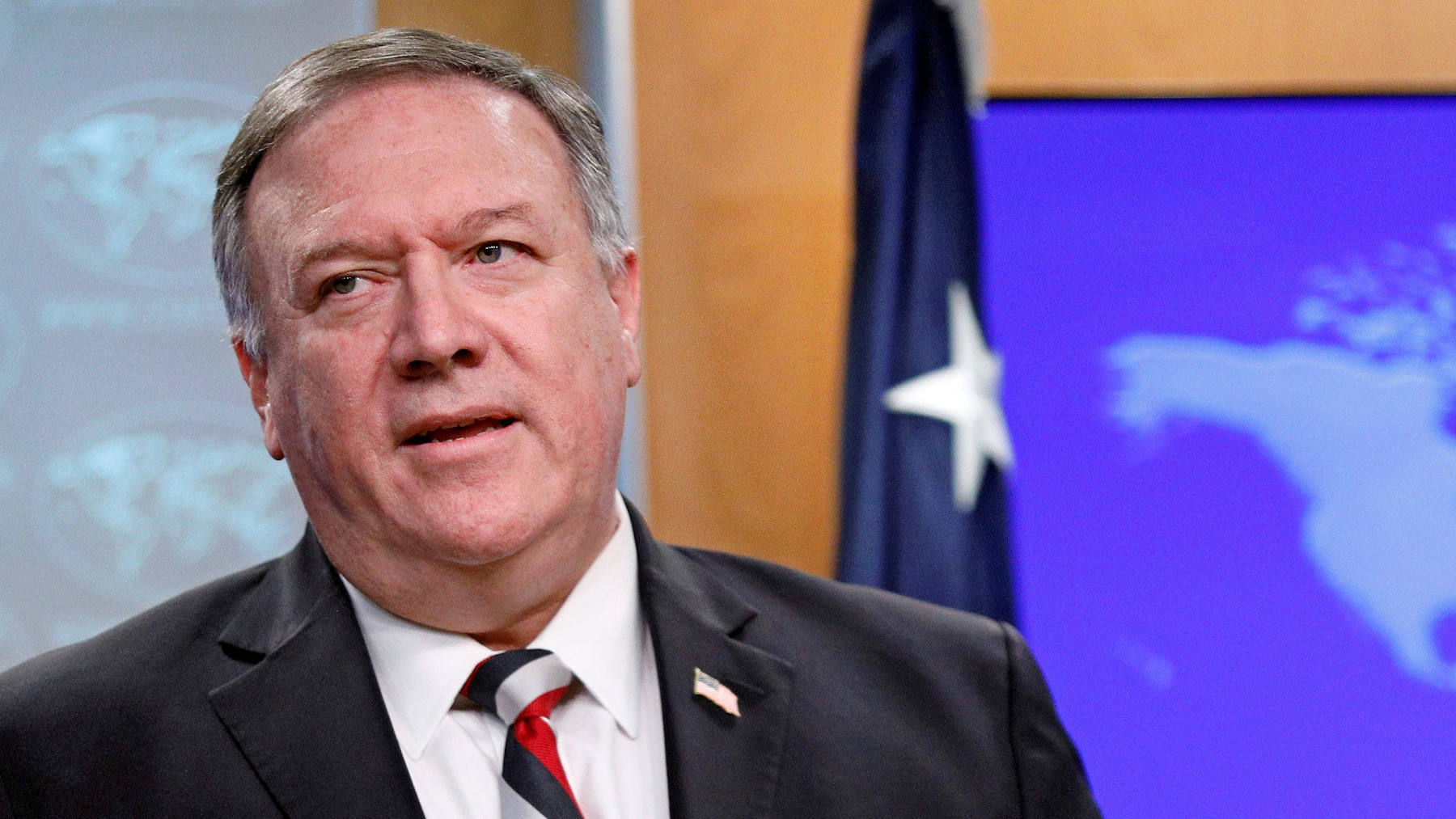 U.S. Secretary of State Mike Pompeo got himself into a logic pretzel after saying he has "enormous evidence" indicating the virus emerged from a Chinese laboratory. (Photo: Agencies)

Pompeo wrapped in a logic pretzel

Though mounting evidence shows it's simply wrong that the virus was man-made and was leaked in a lab, Pompeo has continued to defend his boss' claim in an interview with ABC's Martha Raddatz.

Here is part of the transcript of the exchange between ABC's Martha Raddatz and Pompeo on Sunday regarding where the coronavirus originated:

Raddatz: Do you believe it was man-made or genetically modified?

Pompeo: Look, the best experts so far seem to think it was man-made. I have no reason to disbelieve that at this point.

Raddatz: Your Office of the DNI says the consensus, the scientific consensus was not man-made or genetically modified.

Pompeo: That's right. I agree with that. Yes. I've seen their analysis. I've seen the summary that you saw that was released publicly. I have no reason to doubt that that is accurate at this point.

Raddatz: OK, so just to be clear, you do not think it was man-made or genetically modified?

Pompeo: I've seen what the intelligence community has said. I have no reason to believe that they've got it wrong.

Days earlier, Trump made the same conflicting claim that he has evidence showing that the coronavirus outbreak originated in a Chinese laboratory – but did not provide any of the alleged evidence.

According to researchers at Johns Hopkins University, the U.S. so far has more than 1.2 million confirmed coronavirus cases and more than 70,000 deaths.