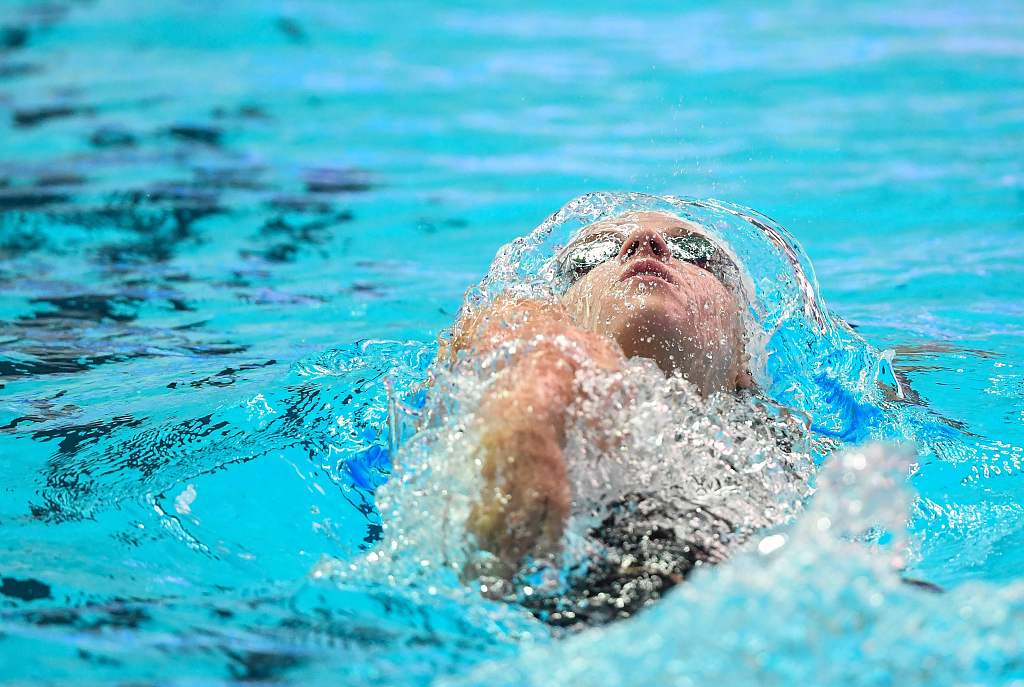 USA's Regan Smith competes in a heat for the women's 200m backstroke event during the swimming competition at the 2019 World Championships at Nambu University Municipal Aquatics Center in Gwangju, South Korea, on July 26, 2019. (Photo: VCG)

The 17-year-old stormed to victory in the second semi-final in Gwangju, firing off a time of two minutes, 3.35 seconds -- a whopping 0.71 faster than Franklin swam at the 2012 London Olympics.