American woman Holly Davis was sentenced to 25 years in prison on Friday in a court in the western U.S. state of Arizona for the murder of a Chinese student after a rear-end collision in 2016.

Yue Jiang is shown in large photographs at a memorial over two years after her death in Tempe, Ariz. An Arizona woman who fatally shot the Chinese college student after a car crash was sentenced to 25 years in prison on Friday, June 15.  [Photo: AP] 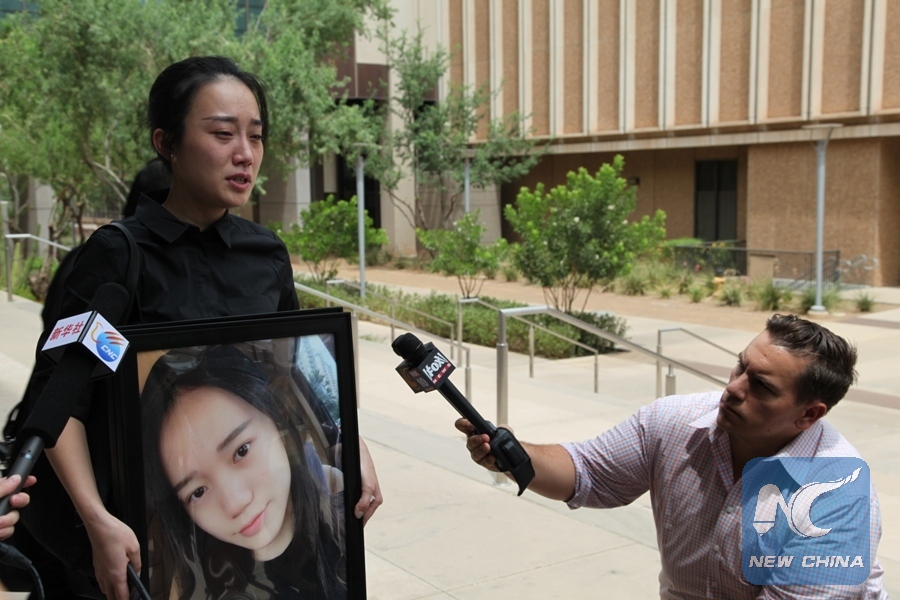 Jiang was driving her car when she was rear-ended by Davis in the Arizona city of Tempe. Davis then got out of her Volkswagen Passat, walked up to the door of Jiang's car and opened fire.

The shooting killed Jiang, who was in the driver's seat, and injured six others after Jiang's car veered out of control into the intersection and struck an oncoming car. Davis fled the scene and was later taken into custody by police.

Davis has been in jail since her custody.

Jiang Yue's cousin walking out of the court. (Photo provided by Yang Wentian)