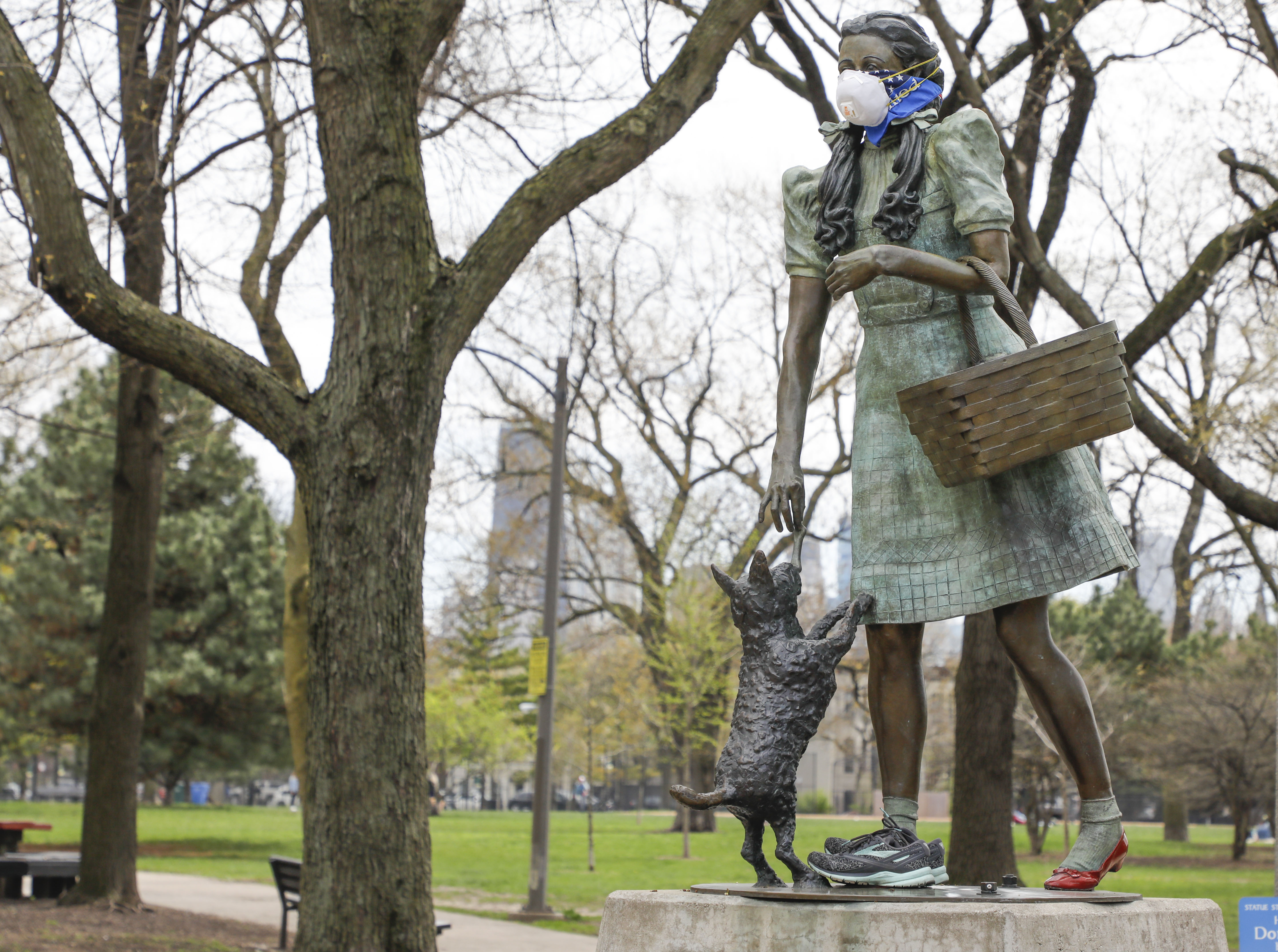 Photo taken on May 1, 2020 shows a statue of Dorothy and Toto with a mask in Chicago, Illinois, the United States. (File photo: Xinhua)

U.S. state governors saw their approval ratings slip to 48 percent on average in August, a 3-percent drop from last month, according to the latest survey results looking at Americans' attitudes and behaviors around COVID-19, which was posted on the website of Northwestern University (NU) on Friday.

The Aug. 7-26 national survey of more than 21,000 individuals was the ninth conducted by NU political scientists as part of a university consortium between NU, Harvard, Northeastern and Rutgers. In previous survey results, governors' approval ratings had dropped 10 points on average between April and June.

Gavin Newsom of California, Ralph Northram of Virginia and Ron DeSantis of Florida saw particularly large drops in their approval ratings compared to those of other states, even though COVID-19 cases have decreased in their states. Governors received lower ratings from both Democrats and Republicans, but the drop was larger among their constituents in the opposing political party.

Notably, five Republican governors who have managed the pandemic more aggressively from Maryland, Massachusetts, New Hampshire, Ohio and Vermont received high marks from both their Democratic and Republican constituents. Democrats, surprisingly, had a one percent higher average approval rating of their Republican governors at 72 percent compared to 71 percent among Republicans.