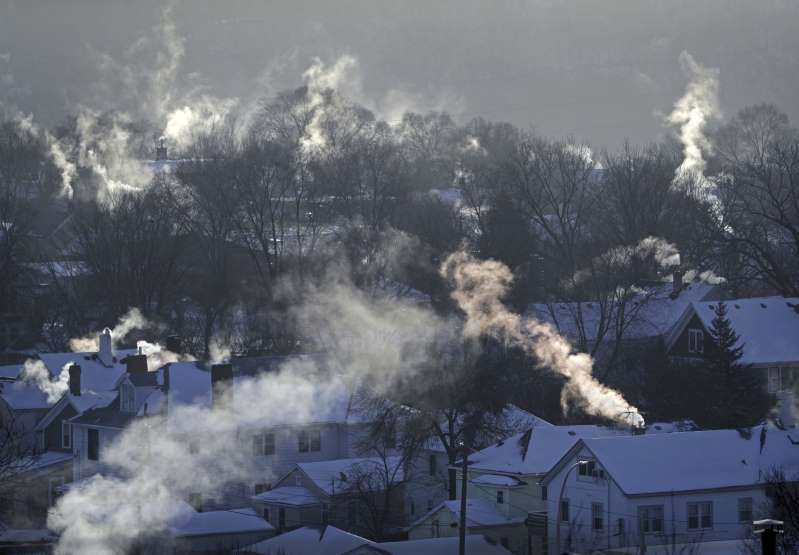 Americans burned a record amount of energy in 2018, with a 10% jump in consumption from booming natural gas helping to lead the way, the US Energy Information Administration says.

Overall consumption of all kinds of fuels rose 4% year on year, the largest such increase in eight years, a report this week from the agency said. Fossil fuels in all accounted for 80% of Americans' energy use.

That's despite increasingly urgent warnings from scientists that humans are running out of time to stave off the harshest effects of climate change by cutting harmful emissions from consuming coal, oil and natural gas.

A 2018 National Climate Assessment involving scientists from 13 government agencies and outside experts warned that climate change already "presents growing challenges to human health and quality of life, the economy, and the natural systems that support us."

Last month was the second hottest March globally on record with an average temperature of 56.8 (13.8 degrees Celsius), nearly 2 degrees warmer than the 20th century average, behind only March 2016, according to the National Oceanic and Atmospheric Administration.

Alaska had its warmest March by far, nearly 16 degrees above normal and 3.7 degrees warmer than the previous record set in 1965.

Renewable energy consumption also hit a record high, led by a 22% jump in the use of solar power, the agency said.

However, coal consumption fell for a fifth straight year nationally, flailing in market competition against natural gas and renewables despite pledges from candidate and then president Donald Trump to bring back the coal industry and coal jobs.

Trump and his government have encouraged increased oil, gas and coal development in the country overall, saying they want the US to be independent and globally dominant in energy production.