WORLD Americans' reaction to US withdrawal from Afghanistan mixed with criticism, defense

Americans' reaction to US withdrawal from Afghanistan mixed with criticism, defense

DENVER, the United States, Aug. 26 (Xinhua) -- After the hasty withdrawal of US troops from Afghanistan put an abrupt end to the 20-year war, the event has dominated debate and analysis across the United States, with some Americans blaming and others defending the retreat. 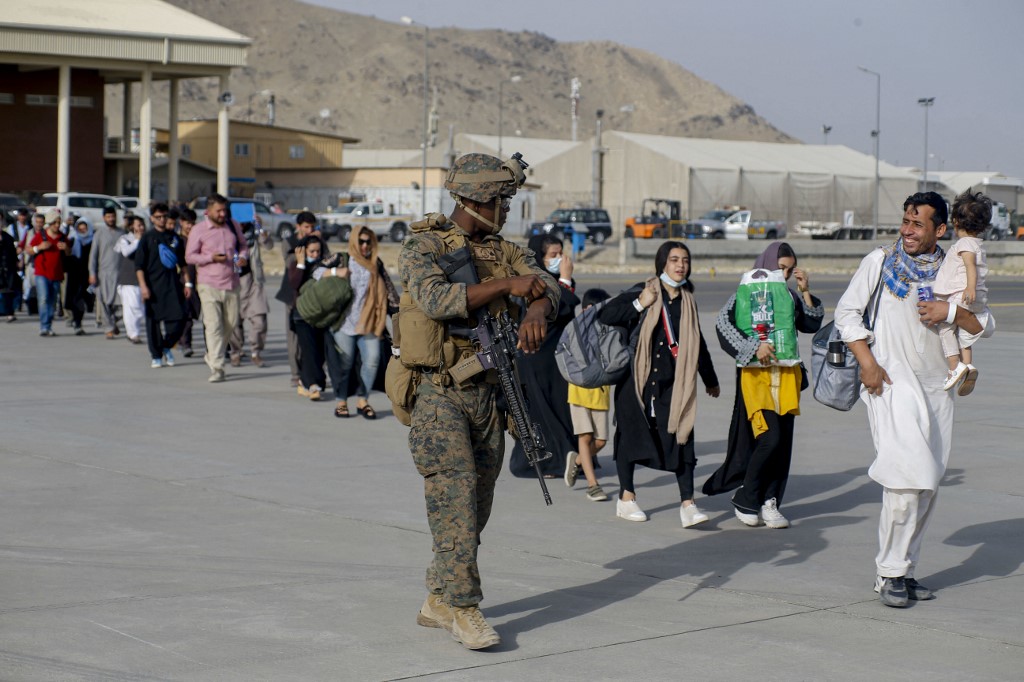 "I supported the Afghanistan war when we began it," said retired State Department official Stewart King. "But now I believe that was an error."

King echoed the sentiment of an increasing number of Americans, as 61 percent of American adults said the 20-year war in Afghanistan is "not worth fighting," according to an NBC News poll released on Sunday.

Since 2001, the war had claimed 2,372 American soldiers' lives, killed 70,000 Afghan soldiers and thousands of civilians, and cost the American taxpayers 83 billion US dollars in weapons and equipment, data from a recent Brown University study has showed.

"We began a bombing campaign in 2001 after they refused to hand over Osama bin Laden, and by December, the Taliban had surrendered," said former Capitol Hill policy advisor David B. Richardson, recalling the sequence of events.

"But, we rejected their surrender and invaded to install a democratic government. That was a mistake," he told Xinhua on Tuesday.

After former President George Bush deployed US troops in Afghanistan, his successors Barack Obama and Donald Trump both stated intentions to retreat, with Trump last year agreeing to Taliban conditions for an exit, but it never happened.

"Any president seven months into his presidency, inheriting a 20-year war, has much less effect than the 20 years of policy before it," said Colorado painting contractor Matthew Roeser.

But Biden also received condemnation from US conservative circles for the hasty withdrawal of the US military, which he predicted would be "chaotic."

Last week, as Taliban forces entered Kabul and surged toward the international airport, scenes of chaos at the airport gripped the world.

"I think the administration has some big questions to answer when it comes to the evacuation," said Colorado State University political science professor Peter Harris.

On Tuesday, the White House said: "US military had evacuated some 37,000 from Kabul since the fall of Afghanistan," while Reuters reported Monday that 20 people had been killed during the rush to escape from the Afghan capital.

Trump, considered a 2024 Republican presidential candidate, was the first to highlight and politically spin the apparent hasty, poorly executed withdrawal.

"What Joe Biden has done with Afghanistan is legendary. It will go down as one of the greatest defeats on American history," Trump posted in capital letters on YouTube.

A chorus of former Trump defense and security advisors took to social media to refute the former president's unfounded words.

Trump seized headlines this week by calling for Biden's resignation over the Afghanistan "disaster," and said he had left Afghani security forces in "their strongest position ever."

Ironically, "had Trump been re-elected, he would be doing the exact same thing," former Trump national security advisor John Bolton was quoted by the British media outlet Independent as saying.

"This was always going to happen, whether we left 15 years ago or 15 years from now," Richardson added.

On Sunday, Haley blamed Biden for "an embarrassing failure and complete and total surrender," on CBS program Face the Nation.

Wednesday, conservative Fox News published that its ratings from Aug. 16-23 had dominated US media, as the channel, which was bolstered by viewers' close attention to the US evacuation, averaged 2.98 million primetime viewers.

These findings were released by TheWrap, a Los Angeles-based "online news website covering the business of media and entertainment via print, digital and live events."

TheWrap said that Fox News aired nine of the top 10 watched cable news shows in the week of the Taliban takeover, with hosts Sean Hannity and Tucker Carlson receiving 3.7 and 3.6 million viewers respectively.

In comparison, CNN tallied only 968,815 during that week.

With the far right media relentlessly bashing Biden, the president's popularity slipped below 50 percent for the first time, an NBC poll showed Sunday.

"Biden must be scratching his head and wondering where these ardent supporters of forever wars have been for the past few months and years," Harris said.

"Certainly, there have not been many voices in US politics clamoring for the US intervention to persist into a third decade," he added.

"Historically, with few exceptions, the interventionist instinct by the US has created a lot of chaos and pain, the full impact of which is felt when we finally leave," Stephen Kent O'Brien, a historian from Yale University, told Xinhua.

"They've already got a plan to sell us on the next war for freedom," said Colorado historian Sue Gray.

"And Americans will buy what they're selling: fear, patriotism, the ideal of us being the good guy ... and onward we go," she told Xinhua on Tuesday.

King, also a State Department official on Africa and the Caribbean issues in the 1980s, told Xinhua immediate US goals, saying, "Now we need to focus on the future, on getting everyone out of Afghanistan that we have any obligation to ... and learning the lessons of this disaster for the future."

"Unfortunately, Americans have a habit of ignoring the lessons of history, but we can always hope," he added.