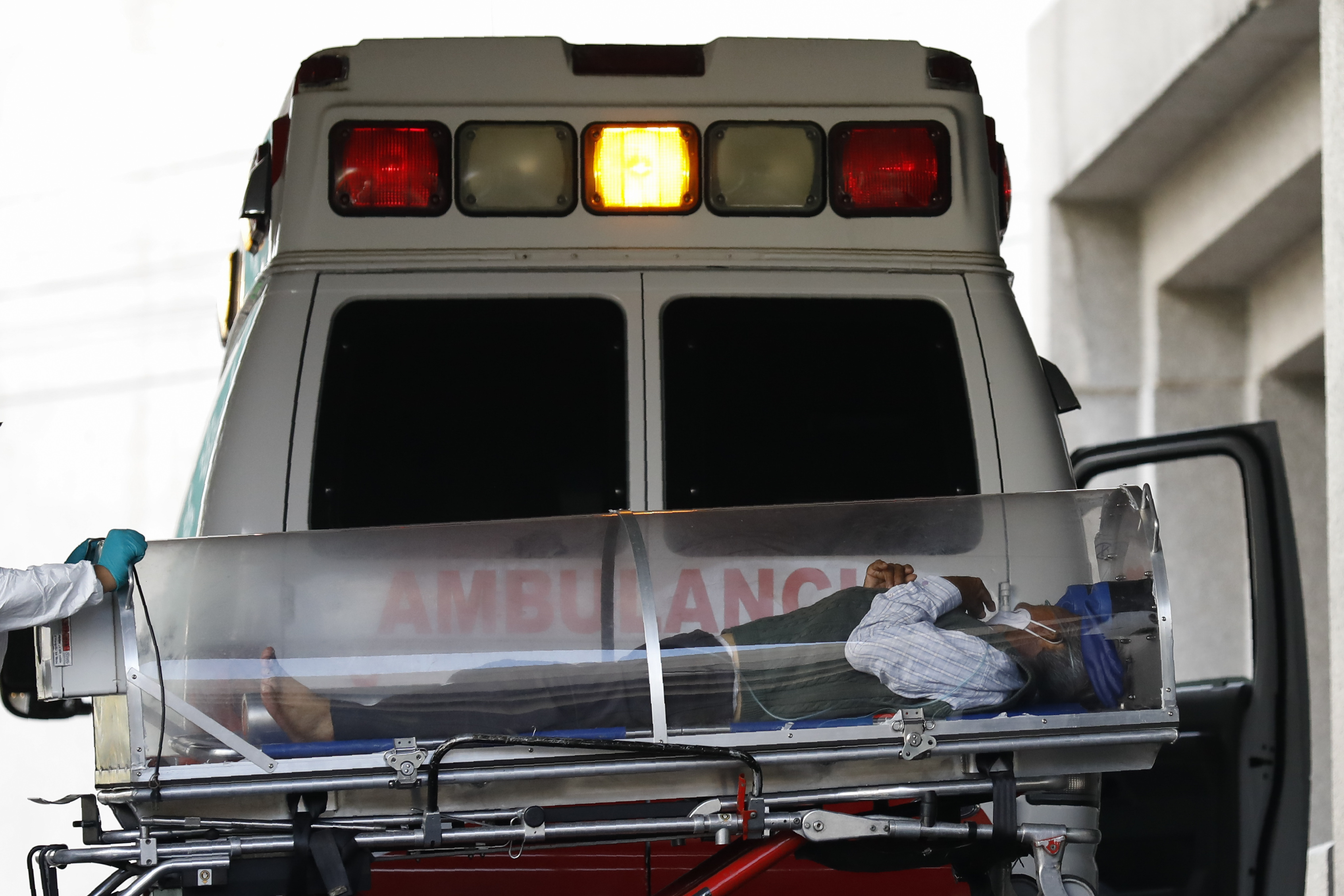 A patient is moved from an ambulance into the COVID-19 treatment center at Dr. Carlos MacGregor Sanchez General Hospital in Mexico City, Mexico, January 10, 2021. (Photo: AP)

Over one million people have died from COVID-19 in North and South America, the Pan American Health Organization (PAHO) said on Wednesday.

In the last week alone, two million more cases were reported in the Americas, with the United States being the main driver of the outbreak, the WHO regional branch said. Globally, there have been over 100 million cases and 2.1 million deaths with 44 million cases in North and South America, according to a Reuters tally.

Throughout North America, there is growing pressure on hospital capacity and in some U.S. states nearly 80 percent of ICU beds are being used to treat COVID-19 patients, PAHO head Carissa Etienne said in a virtual briefing.

Similar rates are seen in many states in Mexico, where the number of cases is tripling in some regions, she warned.

The hospital situation in Brazil is particularly worrisome, with three-quarters of ICU beds occupied in many Brazilian states, she said.

In Manaus, many patients await beds in hospitals collapsing under the pressure of a second wave of coronavirus infections complicated by a new variant of the virus detected there.

Variants that have emerged in the region or outside of it have been detected in 14 countries in North and South America, PAHO said.

Only a few cases of the British and South African mutations have been found, mainly on travelers, and they do not appear to be spreading in the region, according to PAHO, but the Amazon variant that has emerged in the Brazilian city of Manaus does appear to have a high transmission rate.

PAHO expects the deployment of COVID-19 vaccines made available for poorer countries through the UN-led COVAX facility to start in March, with some 164 million doses.