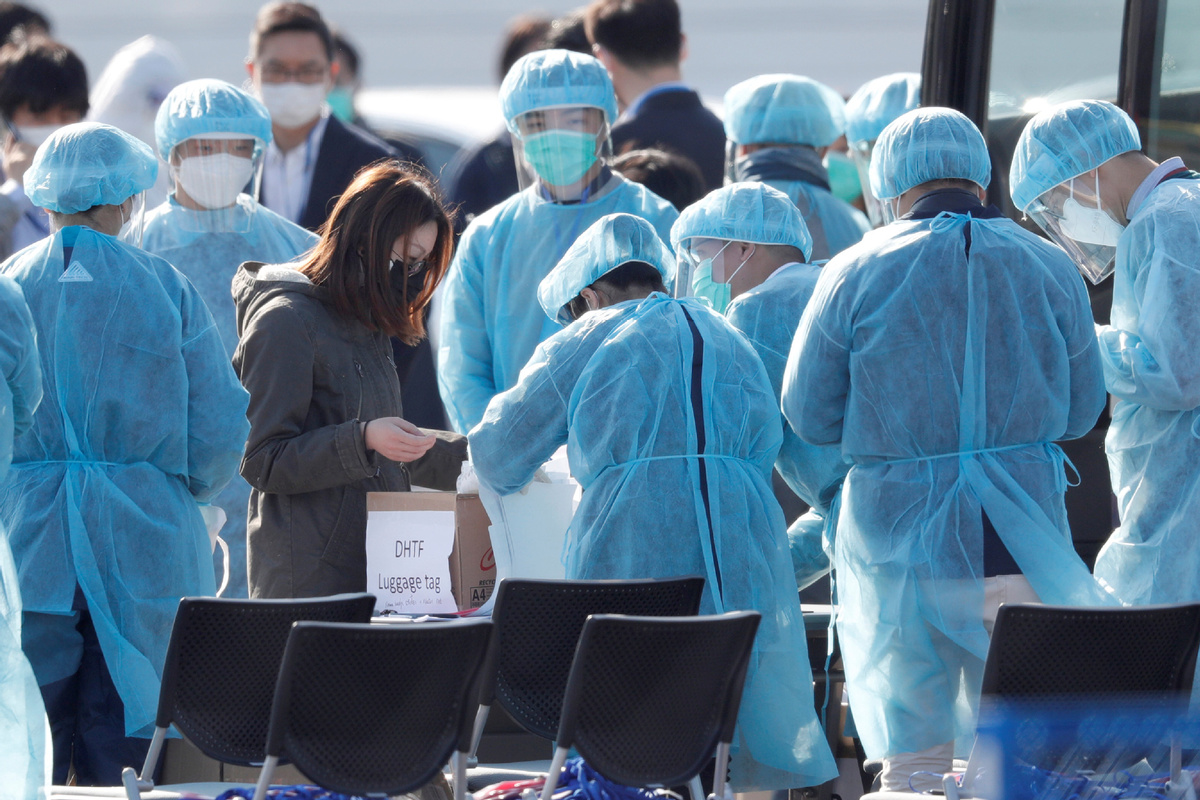 TOKYO - Hundreds of Japanese and foreign passengers were set to disembark from a coronavirus-hit cruise ship near Tokyo on Friday amid growing disquiet in Japan about whether the government was doing enough to stop the virus spreading.

The departure of more than 400 passengers from the Diamond Princess after weeks in quarantine comes as the US Centers for Disease Control (CDC) issued a low-level travel advisory for Japan. In a bid to contain the virus, the Tokyo Metropolitan Government said it would either cancel or postpone major indoor events it has sponsored for the next three weeks.

More than 600 aboard the cruise liner, quarantined off Yokohama since arriving on Feb 3 carrying 3,700 people, have been infected with the virus. Two of them - both Japanese in their 80s - died on Thursday, and about 100 passengers will be transferred ashore in coming days for further quarantine because they were in close quarters with infected travellers.

Around Japan, more than 80 people have tested positive for the virus, including three more confirmed on Friday in the northern island of Hokkaido. Two are brothers in elementary school, recovering in hospital, with the third a quarantine officer, Hokkaido's governor said at a briefing.

The mounting cases - particularly the high rate of infection on the cruise liner - have stoked concerns about Japan's quarantine practices. The virus has killed more than 2,200 in the Chinese mainland so far.

At a briefing on Friday, Chief Cabinet Secretary Yoshihide Suga faced questions about why one of the liner passengers who died - an 84-year-old woman - was not tested or transferred to a hospital until a week after she developed a fever.

"The woman was removed from the ship on the 12th after the fever continued for days," he said. "A decision was made not to wait for the test results before moving her to hospital to protect the health of those remaining on the ship."