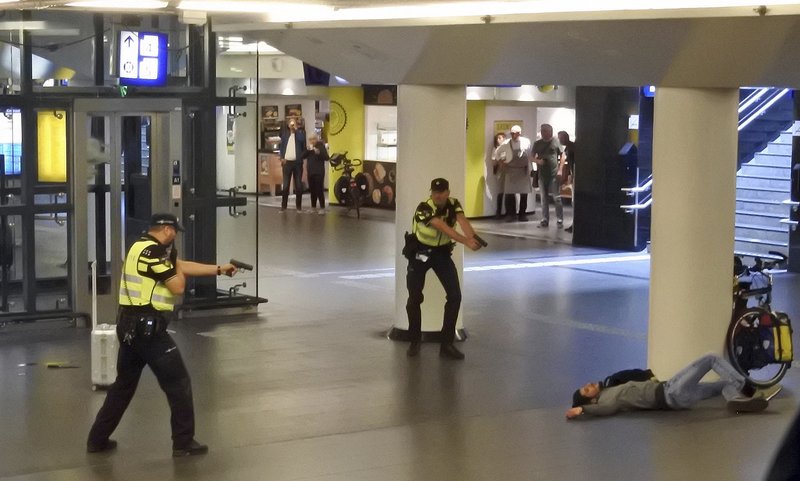 THE HAGUE, Sept. 1 (Xinhua) -- The Dutch authorities announced on Saturday that terrorist threat level in the country remains "substantial", level 4 on a scale of 5, after it was confirmed that the attacker who stabbed two people on Friday at Amsterdam's Central Station had a terrorist motive.

The National Coordinator for Terrorism and Security, Dick Schoof, said on Twitter that this attack "unfortunately fits in with the current threat assessment" and there is no reason for extra measures at present.

Since March 2013, the threat level has been "substantial" in the Netherlands, meaning that the chance of an attack is real but there are no specific indications that terrorists are preparing to carry out an attack in the country.

The attacker is a 19-year-old Afghan with a German residence permit. He stabbed two people waiting at an information desk of the train station. The police believed he had picked the victims at random.

His first hearing indicated that he had a terrorist motive, according to the police.

Both victims are in hospital now, severely wounded, but not in life danger. The US embassy in the Netherlands confirmed earlier that they are US citizens.