WORLD An anti-pollution Morris column being tested in Paris

An anti-pollution Morris column being tested in Paris 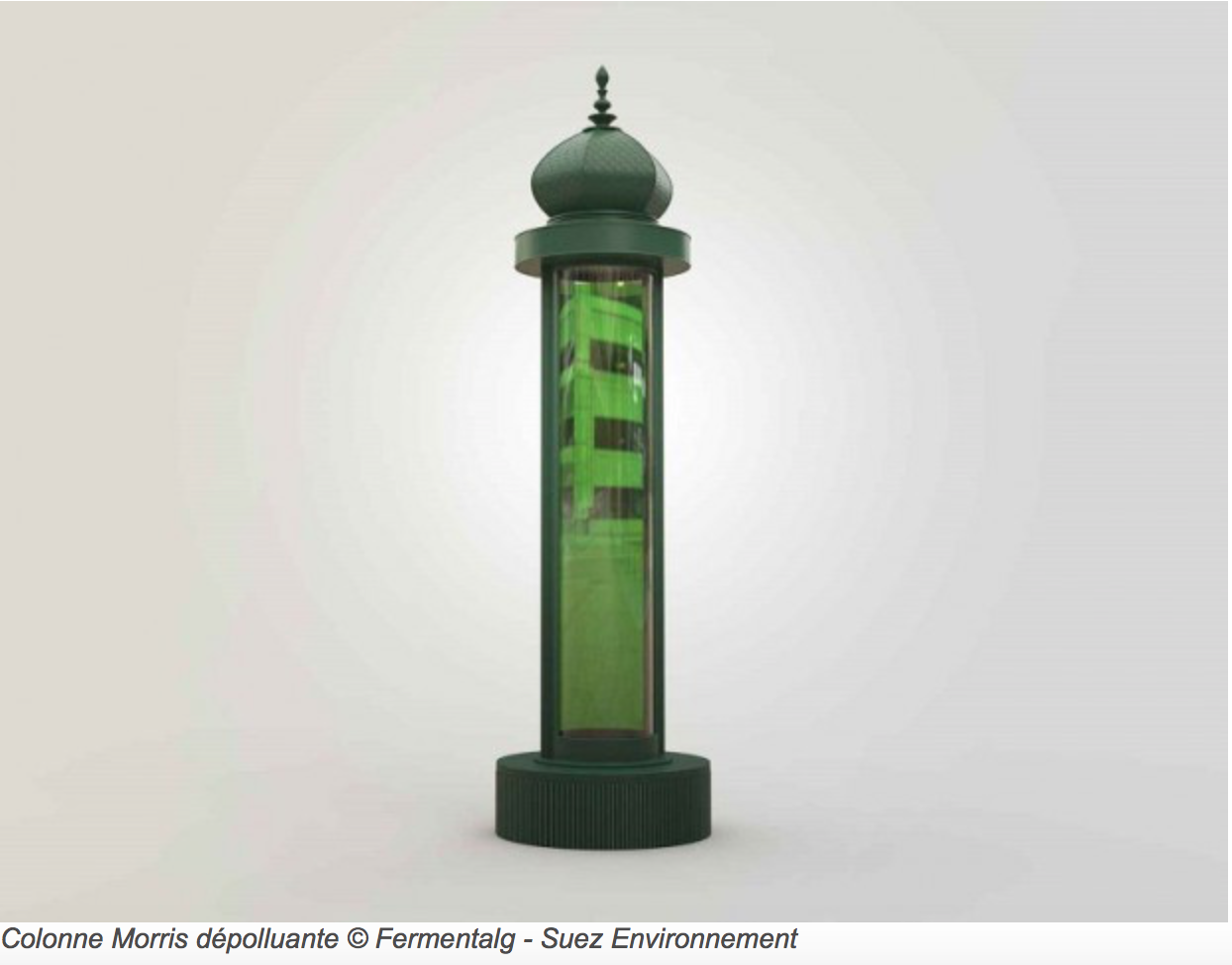 Paris (People’s Daily) - An experimental street fixture was recently installed in Alesia, the 14th district of Paris. The street fixture looks like a green advertising Morris column that stand alongside the Parisian streets, but this one was not designed for theater posters.

The green color and its shape remain for good reasons: anti-pollution and starting dialogues with citizens. In fact, it captures CO2 and produces oxygen through a tank filled with micro-algae measuring 4 meters high and 2.5 meters in diameter. 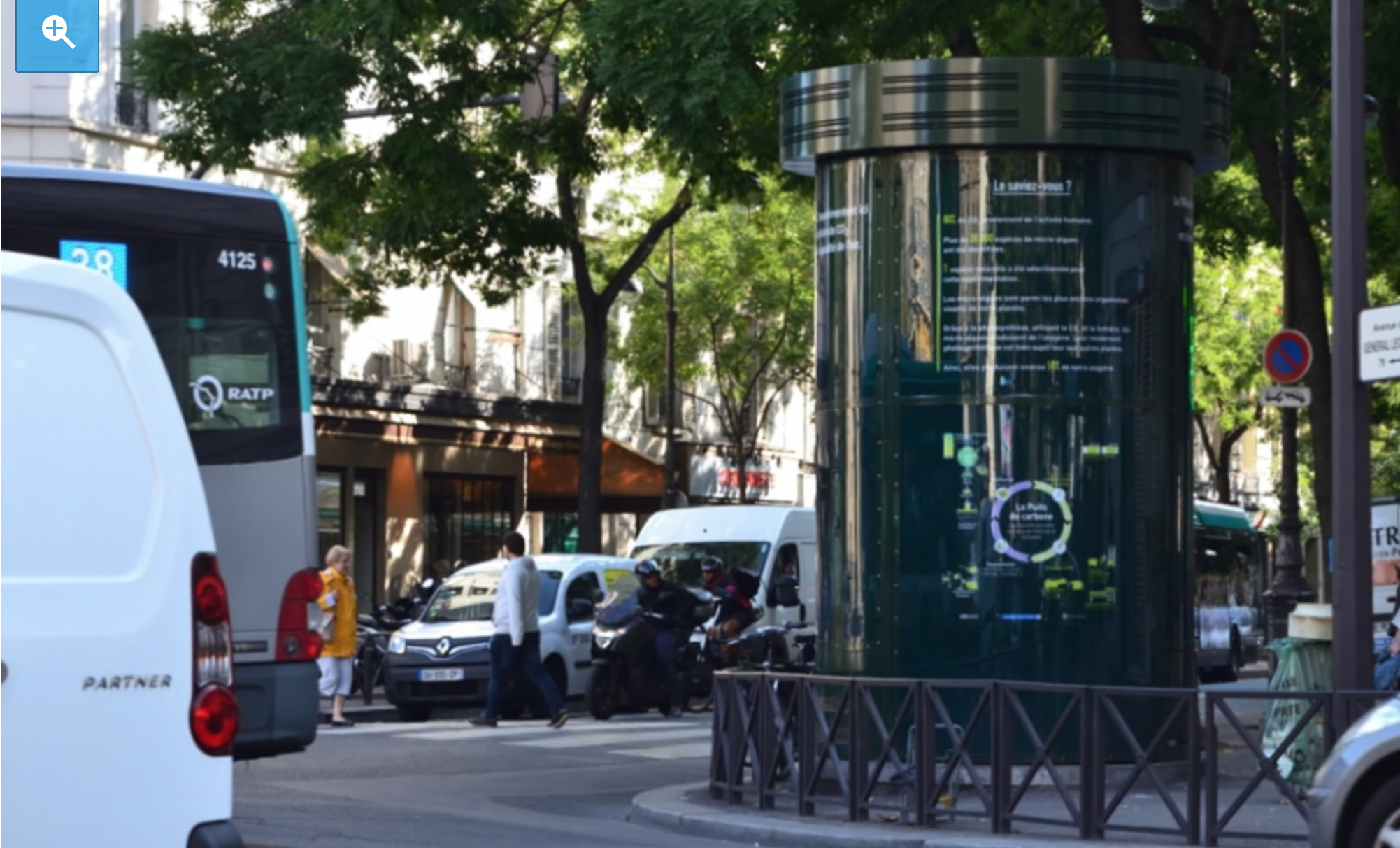 As a result of a partnership between Suez Environment and a French startup named Fermentalg, this new column will contribute to reducing greenhouse gas emissions and thus slowing down global warming thanks to the photosynthesis of the micro-algae. Its designers estimate that one column represents the equivalent of a hundred trees. They hope to provide a concrete and sustainable response to the development of circular economy. They also anticipate that once their purifying mission is accomplished the micro-algae can be evacuated to the sewage system. They will then transform into biogas or biomethane, also known as green energy, joining the electricity network or the natural gas network.

Paris and Suez Environment intended to test this column for at least one year, and they chose the road that is used as the southern entrance to central Paris. Fermentalg will select the most appropriate algal strains to capture CO2 and nitrogen oxide (NO) produced by cars. If this experiment proves effective in terms of capturing and converting, more columns could be deployed into other areas with high concentrations of carbon dioxide, such as the air vents of car parks or on the walls of tunnels.