Analysis: Mueller report out, what's next? 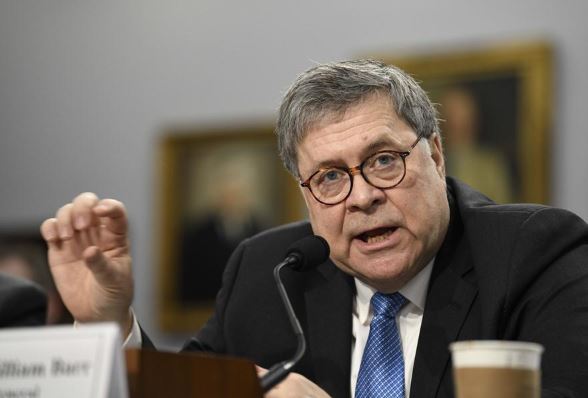 WASHINGTON, April 18 (Xinhua) -- The much-anticipated report by special counsel Robert Mueller on the Russia probe has been made public, but the fight over the probe will unikely end.

Though the Justice Department redacted certain information, it still provides a clearer picture of the nearly two-year investigation that has cast a shadow over the White House and torn Washington apart.

The 448-page report states that there was no evidence that Donald Trump's campaign conspired with the Russian government during the 2016 U.S. presidential election but didn't conclude if the president had obstructed justice.

Mueller instead recounts 10 episodes in his report involving Trump and discusses potential legal theories for connecting these actions to elements of an obstruction offense. It is Attorney General William Barr and his deputy, Rod Rosenstein, who concluded that the special counsel did not have "sufficient" evidence to support a charge.

For Trump and his political allies, the report is enough for exoneration, while for Democrats the lengthy document has raised a lot of questions and fueled their concern.

"The report is generating very different reactions on the various sides of the political aisle," Darrell West, a senior fellow at the Brookings Institution, a Washington DC-based think tank, told Xinhua.

"Republicans think it exonerates the president, while many Democrats believe it is incomplete because Trump didn't answer all the relevant questions," West said. "The release is not likely to quiet the partisan divide on how people respond to Trump."

The president's testimony to Mueller showed that he repeatedly responded to inquiries with brief denials or lack of recollection on wide-ranging topics, saying more than 30 times he did not recall, remember or recollect.

Mueller wrote in his report that he had the authority to issue a grand jury subpoena in order to interview Trump but decided against doing so because it would delay the investigation, citing that he team "had sufficient evidence to understand relevant events and to make certain assessments without the president's testimony."

That might be one of the areas that Democrats will examine on their own, as they are pressing for the entire Mueller report and the underlying evidence in order to conduct Congressional oversight.

Jerry Nadler, chairman of the House Judiciary Committee said Thursday that he'll be issuing a subpoena for the full report, reportedly as soon as Friday, though the Justice Department has promised to provide a group of bipartisan lawmakers a less-redacted version in the coming two weeks.

It is not yet clear where those efforts will lead but any impeachment proceeding initiated by Democrats won't go far for one thing that Republicans have a majority in the Senate and for another that Democratic leaders have downplayed the prospect.

"Based on what we have seen to date, going forward on impeachment is not worthwhile at this point. Very frankly, there is an election in 18 months and the American people will make a judgement," House Majority Leader Steny Hoyer, a New York Democrat, told CNN.

Christopher Galdieri, assistant professor at Saint Anselm College, told Xinhua that it's too soon to tell how damaging the report is to the White House, as "perceptions of Trump in the public at large and among other Washington players are pretty much set at this point."

He predicted that the White House would "try to distract voters from this" and the president would send a storm of tweets in the coming days.