WORLD Analysis: Trump’s GOP has no answer for suburban slide

Analysis: Trump’s GOP has no answer for suburban slide 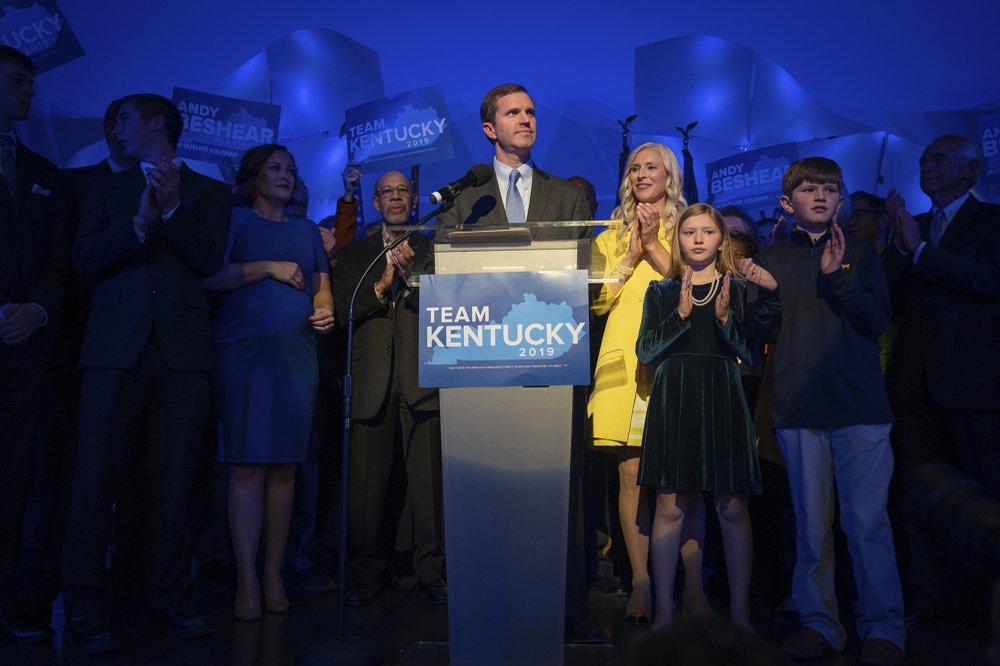 And if nothing else, the GOP’s struggle across the South on Tuesday revealed that Republicans don’t have a plan to fix it.

In Kentucky, Trump and his allies went all in to rescue embattled Gov. Matt Bevin, who literally wrapped himself in the president’s image in his pugnacious campaign. In Virginia, embattled Republicans ran away from Trump, downplaying their support for his policies and encouraging him to stay away.

In the end, neither strategy was a sure winner.

Bevin’s race remained too close to call on Wednesday, locked in a virtual dead heat with Democrat Andy Beshear in a state Trump won by nearly 30 percentage points in 2016. The GOP in Virginia lost control of both houses of the legislature for the first time in a generation.

It’s difficult to draw sweeping conclusions from state elections, each with their own unique quirks and personalities. But there’s little doubt Tuesday’s outcome is a warning to Republicans across the nation a year out from the 2020 election and a year after the 2018 midterms: The suburbs are still moving in the wrong direction.

“Republican support in the suburbs has basically collapsed under Trump,” Republican strategist Alex Conant said. “Somehow, we need to find a way to regain our suburban support over the next year.”

The stakes are undoubtedly high. While neither Virginia nor Kentucky is likely to be a critical battleground in the presidential race next year, Tuesday’s results confirm a pattern repeated across critical swing states — outside of Philadelphia, Detroit, and Charlotte, North Carolina. They’re also sure to rattle Republican members of Congress searching for a path to victory through rapidly shifting territory.

To be sure, Republicans demonstrated their firm grip on rural areas, and turnout for both sides appeared to be healthy for off-year elections. Notably, Kentucky’s voters elected Republicans to a handful of other statewide offices. In Mississippi, another Trump stronghold, Republicans kept their hold on the governor’s office, as Lt. Gov. Tate Reeves defended well-funded Democratic Attorney General Jim Hood.

But the GOP’s challenge was laid bare in lower-profile elections across the nation on Tuesday.

Republican state Sen. Siobhan Dunnavant won there by almost 20 percentage points four years ago. The area has recently been transformed by an influx of younger, college-educated voters and minorities, a combination that’s become a recipe for Democrats’ support.

As the final votes were being tallied, Dunnavant was leading by less than 3 points against Democrat Debra Rodman, a college professor who seized on Trump and her Republican opponent’s opposition to gun control to appeal to moderate voters.

In northern Virginia, Democrat John Bell flipped a state Senate district from red to blue in a district that has traditionally favored Republicans. The race, set in the rapidly growing and diverse counties outside of Washington, DC, attracted nearly $2 million in political advertising.

Democrats’ surging strength in the suburbs reflects the anxiety Trump provokes among moderates, particularly women, who have rejected his scorched-earth politics and uncompromising conservative policies on health care, education and gun violence.

Republicans’ response in Virginia was to try to stay focused on local issues. In the election’s final days, Dunnavant encouraged Trump to stay out of the state. The president obliged, sending Vice President Mike Pence instead.

Struggling for a unifying message, some Republicans turned to impeachment, trying to tie local Democrats to their counterparts in Washington and the effort to impeach Trump.

No one played that card harder than Kentucky’s Bevin, who campaigned aside an “impeachment” banner and stood next to Trump on the eve of the election.

But even in ruby-red Kentucky, Trump was not a cure-all and the trouble in the suburbs emerged.

Bevin struggled in Republican strongholds across the northern part of the state, where the Democrats’ drift and increased enthusiasm was clear.

In 2015, Bevin won Campbell County south of Cincinnati handily. On Tuesday, Beshear not only carried the county with ease, he nearly doubled the number of Democratic votes there, compared to the Democratic nominee of four years ago. Beshear also found another 74,000 Democratic votes in urban Jefferson County, home of Louisville.

Beshear led Bevin by the narrowest of margins Tuesday night.

Republicans were quick to blame Bevin for his stumbles. The governor was distinctly unpopular and picked fights with powerful interests in the state. Still, it was difficult for Republicans not to note the warning signs for the party next year and beyond.

“They continue to lose needed support in suburban districts, especially among women and college-educated voters,” said Republican strategist Rick Tyler. “That trend, if not reversed, is a death spiral.”