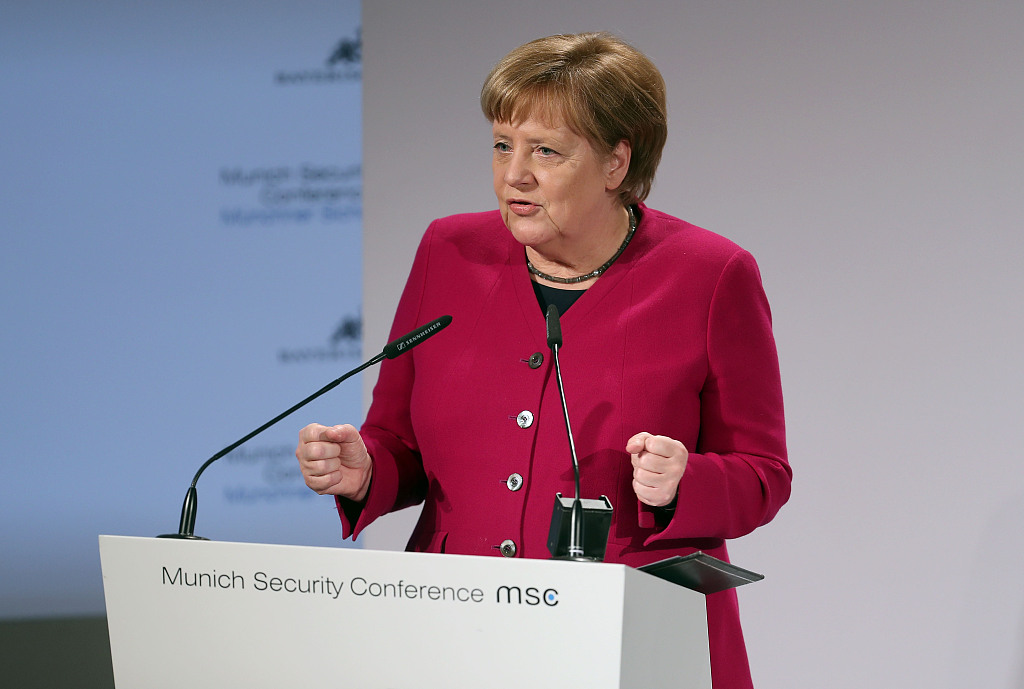 Merkel said, "We are proud of our cars. We can do that, too." On the basis of the assessment of US Department of Commerce that European cars are a security threat, US President Donald Trump could introduce new special tariffs. The value of European auto and auto parts exports to the US was recently estimated by the EU Commission at more than 50 billion euros per year.

The US Department of Commerce has passed a corresponding test report on the threat to national security through car imports to Trump. However, details of the report would not be published, a ministry spokeswoman said. Trump has 90 days to decide whether to impose duties of up to 25 percent on car imports. However, it is unclear whether it actually comes to this step.

Merkel said she does not understand how the Americans could classify German cars as a threat to national security. "These cars are being built in the United States of America." South Carolina has the largest BMW plant in the state. "Not in Bavaria, in South Carolina," she emphasized. "I think it would be good, we get into good conversation with each other."

The German auto industry reacted to the upcoming classification of European car imports as a threat to US national security. If the US Department of Commerce came to this assessment, this would be incomprehensible, said the Association of the Automotive Industry (VDA) in Berlin.

In the past few years alone, the German automotive industry, with around 300 factories, has created more than 113,000 jobs in the US, introduced dual training for skilled workers and is the largest auto exporter from the US. "All this strengthens the US and is not a security problem," says the VDA.

According to a study by the Ifo Institute, an economic research institute in Europe, new special duties are likely to hit German car manufacturers. If the US permanently increases import tariffs by 25 percent, German car exports to the US could almost halve in the long term, according to the calculations. That would have a noticeable effect on exports as a whole. "These tariffs would reduce the total car exports from Germany by 7.7 percent, which would correspond to a value of 18.4 billion euros," said Ifo expert Gabriel Felbermayr.