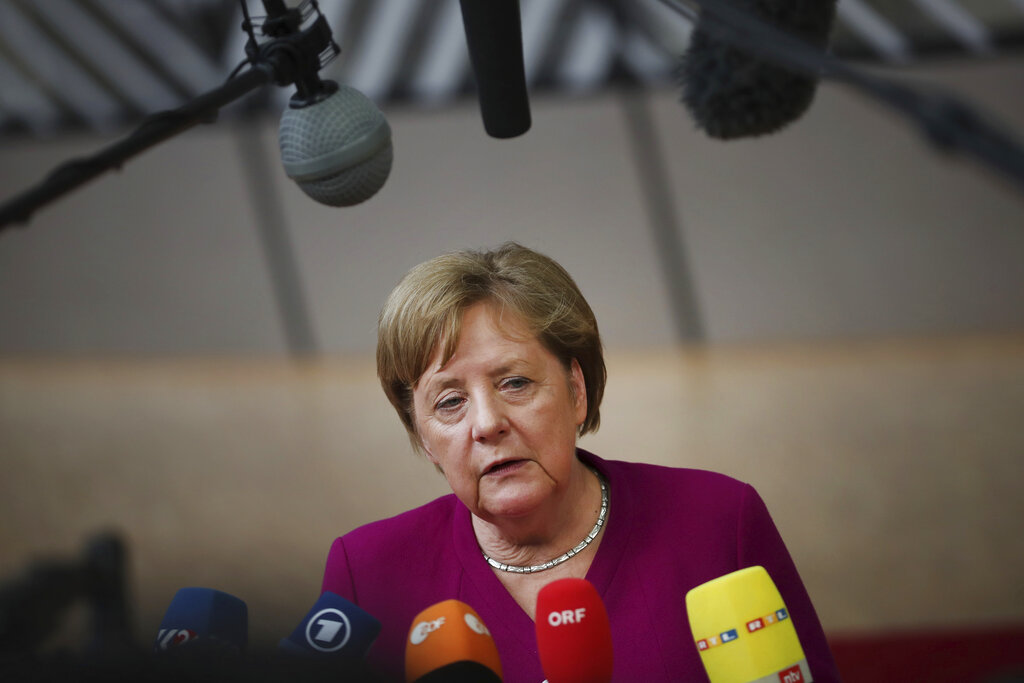 In this Tuesday, May 28, 2019, file photo, German Chancellor Angela Merkel speaks with the media as she arrives for an EU summit in Brussels. (Photo: AP)

The Ivy League school is hosting its 368th commencement ceremony Thursday with a keynote speech from Merkel.

The 64-year-old Merkel was elected to Germany's top post in 2005 and is serving her fourth term, which she has said will be her last.

Harvard President Larry Bacow calls Merkel one of the most "influential statespeople of our time."

Merkel comes to Harvard after her party finished first in Germany's European Parliament election Sunday but had its worst showing in a nationwide vote since World War II.