Frustrated holidaymakers and travel industry leaders rounded on the UK government Saturday after a last-minute change extended quarantine for residents returning to England from France. 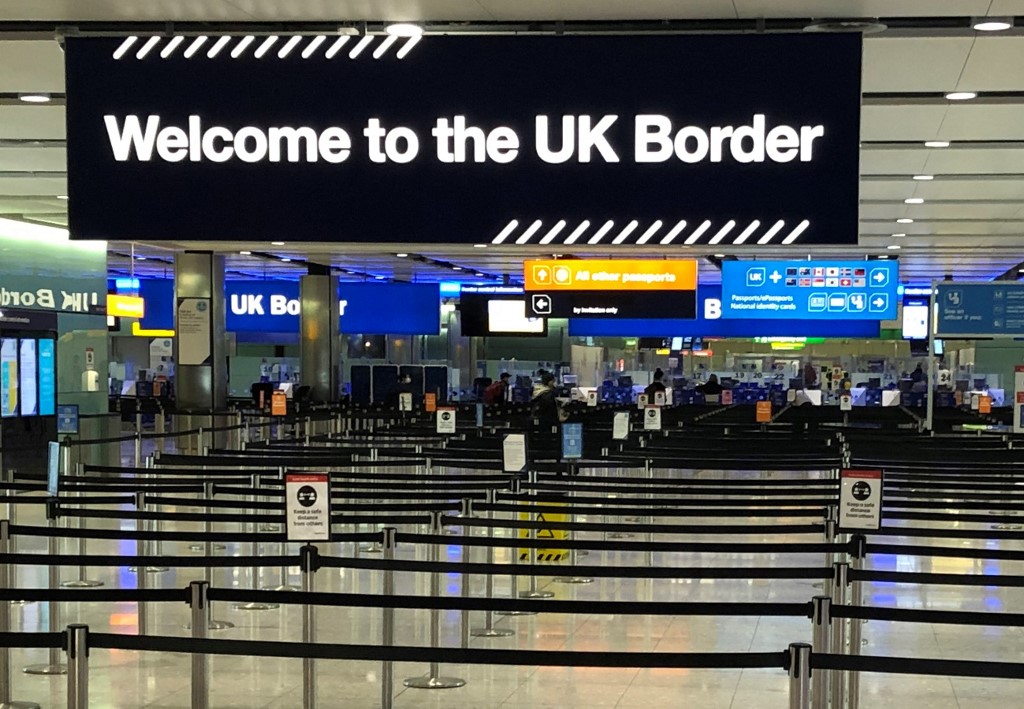 From Monday, the government plans to lift most pandemic curbs on everyday life in England, and fully vaccinated residents will no longer have to quarantine after travel to "amber list" destinations in Europe.

But late Friday, ministers said the "persistent presence" of the Beta coronavirus variant in France meant the 10-day quarantine requirement would stay in place for one of Britain's favourite destinations.

Maud Lemoine, a hepatology consultant based in London who is visiting France, said the government was sending "a very confused message" by lifting curbs while also extending the France quarantine.

"I'm a doctor so I understand the health issues very well, but this doesn't make any sense," she told AFP.

Scientists are concerned that the Beta variant, first identified in South Africa, may be more resistant to COVID vaccines, especially the UK-developed AstraZeneca jab.

Beta has a negligible presence in Britain but accounts for around 11 percent of positive test samples in France, according to the latest data. In both countries, the Delta variant is far more prevalent.

Easyjet chief Johan Lundgren said the decision "pulls the rug" from under people who were already in France or had booked summer holidays there.

"The traffic light system is falling apart with the government making it up as they go along and causing confusion and uncertainty," he said.

"It is not backed up by the science or transparent data."

UK travel industry association ABTA said the exclusion of France was another setback for hopes of a "meaningful recovery" for the sector.

"This announcement will undoubtedly dent consumer confidence in overseas travel just as we are about to see many amber-listed countries opening up for UK visitors in time for the summer holidays," it said.

Graham McLeod has been staying at his holiday home on France's Atlantic coast with his partner, and they are two of many who will now have to self-isolate on their return despite being fully vaccinated.

"We struggle to understand the sudden desire to introduce quarantine for returnees from France and cannot help feel this has far more to do with politics and much less to do with science," he said.

Many scientists are equally concerned that Prime Minister Boris Johnson is putting politics first in his drive to reopen the economy from Monday, despite a surge in infections driven by the Delta variant.

Legal requirements on wearing a mask, social distancing and work from home will all be lifted in England, and businesses such as nightclubs can reopen.

"This is a threat not just to England but to the whole world -- particularly low- and middle-income countries who have very limited access to vaccines," a group of international scientists said in a joint statement Friday.

For the first time since January, Britain's daily COVIDcaseload exceeded 50,000 on Friday, and the government warns it could double from that in the coming weeks.

Medics say that will put serious strain on hospitals, even if many fewer people are now dying of COVID in Britain.

But the government insists that with two-thirds of the adult population now fully vaccinated, the risk can be managed.

While the rule change for travel from France applies only to England for now, the devolved governments in Scotland and Wales indicated they were likely to follow suit.

"We will not hesitate to take rapid action at our borders to stop the spread of COVID-19 and protect the gains made by our successful vaccination programme," he said.