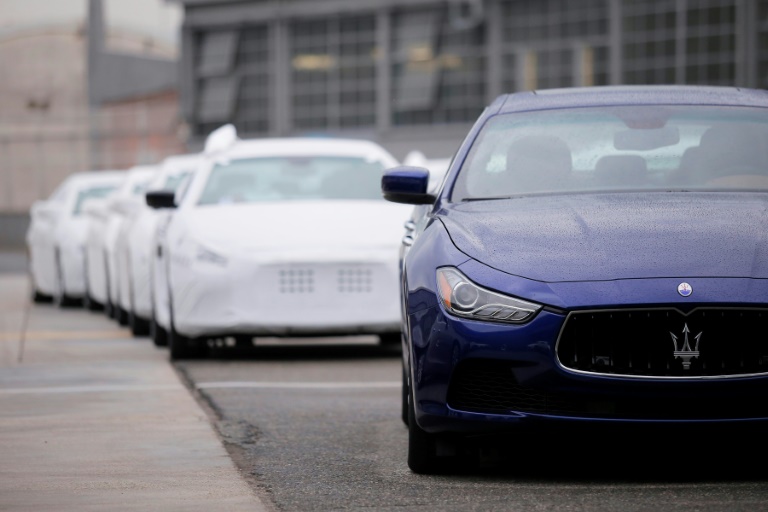 Critics questioned why poverty-hit PNG was importing the luxury cars, which retail for about US$150,000 each.(Photo: AFP)

Papua New Guinea has bought 40 Maserati sports cars to chauffeur world leaders around next month's Asia-Pacific Economic Cooperation summit, triggering an outcry from critics who say the poverty-stricken country has better things to spend its money on.

The cars -- which retail for about US$150,000 each -- arrive at a time when diseases such as polio and TB have re-emerged in PNG.

Two charter flights from Italy -- home of the luxury automaker -- arrived this week and pictures of the vehicles being unloaded in Port Moresby were soon doing the rounds on social media.

Northern Province governor Gary Joffa, a frequent critic of the government, said money spent on the cars would have been better used to alleviate PNG's chronic social ills.

"Papua New Guinea is facing so many problems insofar as health, education, law and order," he told Australia's ABC.

"I just think it's a slap in the face of the people in Papua New Guinea who are suffering."

PNG, the least developed of APEC's 41 member nations, is hosting the annual summit of world leaders on November 17-18.

Many in the country, where more than a third of the eight million-strong population lives in poverty, were already uncomfortable with the money being spent to host APEC.

The purchase of the luxury sports cars has reinforced their concerns.

"Don't even know where to start... This is ridiculous, our people deserve so much better. Can the whole country just boycott #APEC2018 and the delusional #PNG government!?," Twitter user Tannah posted.

Some pointed out that the Maseratis would never reach their 240 kilometres (150 miles) per hour top speed on Port Moresby's pot-holed roads, and they would be virtually useless outside the capital.

"The sedans provide the level of carriage for leaders that is standard for vehicles used at APEC summits," he said in a statement.

Tkatchenko said the cars would be sold on to the private sector after the summit and the government had already lined up buyers.

"Having vehicles paid for by the private sector is the smartest way to have use of the vehicles for APEC at no overall cost to the state," he said.