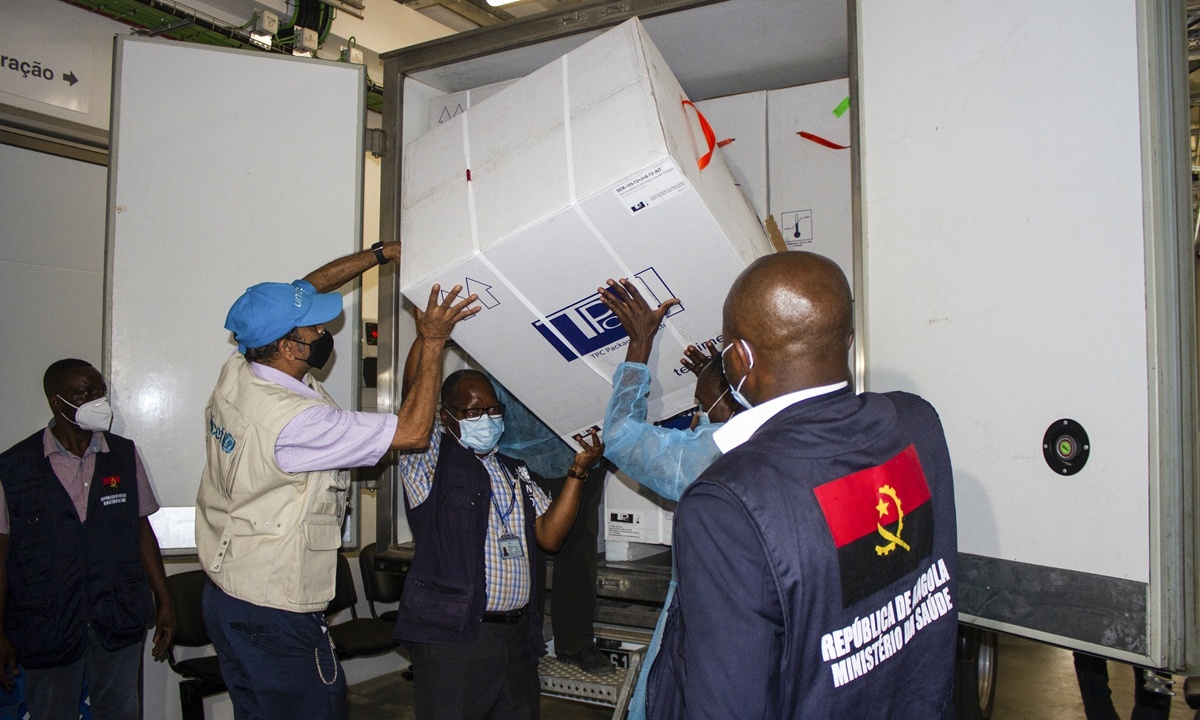 Health professionals unload the first batch of AstraZeneca/Oxford vaccines at the Central Vaccine depot, where they would be stored in Luanda, Angola on Tuesday. (Photo: AFP)

Millions of coronavirus shots from the global Covax scheme have arrived in Nigeria, Angola and Kenya, as African countries ramp up their vaccine rollouts.

Richer countries have surged ahead with vaccinations but many poorer countries are still awaiting deliveries, prompting the World Health Organization (WHO) to warn that the crisis cannot end unless every country can inoculate their populations.

The Covax facility, run by the WHO along with health NGOs, is aiming to supply vaccines to dozens of countries in the first 100 days of 2021, and 2 billion doses by the end of 2021.

While the continent's most populous country Nigeria received almost 4 million jabs on Tuesday, Angola received more than 600,000 doses and the Democratic Republic of the Congo was scheduled to get a consignment later, following recent deliveries to Ghana and Cote d'Ivoire.

However, there are still critical hurdles for the scheme's rollout in vast African countries with sketchy infrastructure and an array of security challenges - a point addressed by Faisal Shuaib, director of Nigeria's primary healthcare agency.

"States without a functional airport will have their vaccines transported by road using vans with fitted cold cabins, from the nearest airport," he said.

He called the delivery - which arrived around noon in Abuja - a "good day for Nigeria" and promised the rollout would begin in earnest on Friday with frontline health workers the first to be inoculated.

Nigerian official Boss Mustapha urged traditional rulers, religious leaders, civil society groups and the media to spread the message that vaccinations were needed, adding: "This is a fight for everyone."

In Angola, where some healthcare workers were vaccinated shortly after the doses were offloaded, the WHO's Djamila Cabral said the arrival of vaccines brought a "stronger hope to save lives," but warned that everyone needed to continue respecting COVID-19 restrictions to beat the pandemic.

The almost 4 million AstraZeneca/Oxford doses received by Nigeria, made by the Serum Institute of India, are the first of 16 million shots that Covax plans to deliver over the coming months to the country of 200 million.