WORLD Another 103 sailors from US carrier test positive for coronavirus

Another 103 sailors from US carrier test positive for coronavirus 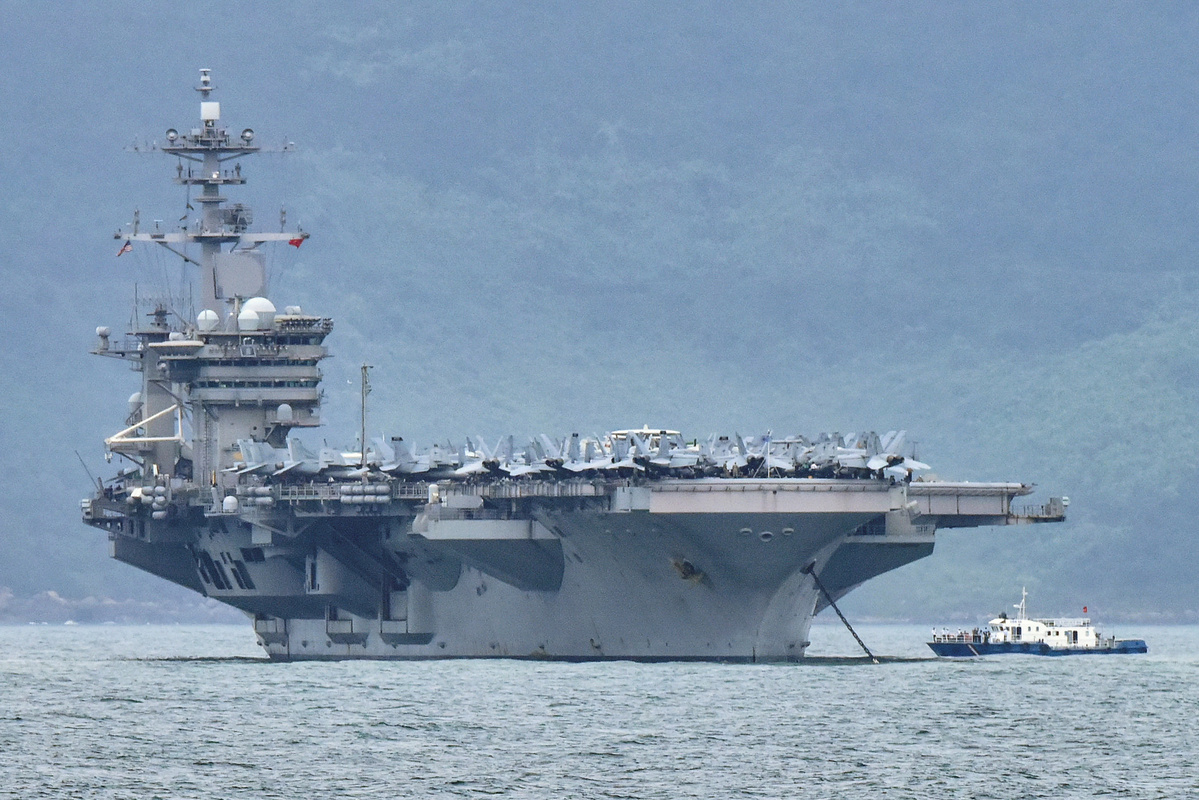 The USS Theodore Roosevelt is seen while entering into the port in Da Nang, Vietnam, March 5, 2020. (Photo: Agencies)

WASHINGTON - Another 103 crew members on the US aircraft carrier Theodore Roosevelt have tested positive for the coronavirus, the Navy said on Saturday, bringing the total number of cases from the ship to 550.

In a statement on its website, the Navy said 92% of the carrier's crew members had been tested for the virus, with 550 positive and 3,673 negative results. It said 3,696 sailors had moved ashore.

On Friday, the Navy had reported 447 positive cases and on Thursday, 416.

The outbreak aboard the nuclear-powered carrier led to the resignation on Tuesday of Thomas Modly as acting Navy secretary following a mounting backlash for his firing and ridiculing of the ship's commander, who had pleaded for help stemming a coronavirus outbreak onboard.

On Thursday, a sailor from the carrier was admitted to an intensive care unit in Guam after testing positive for the coronavirus last month.