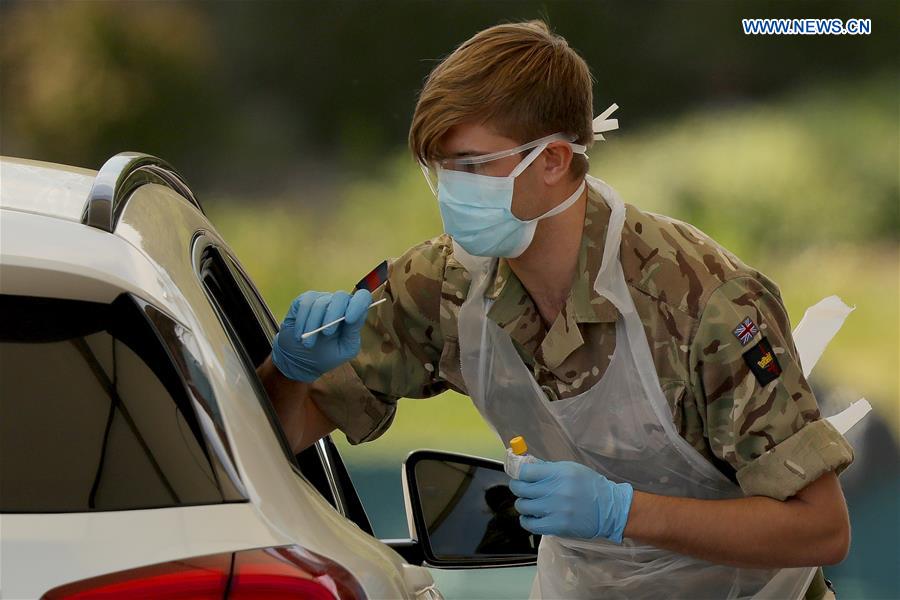 A serviceman works at a drive-through facility in Chessington, Britain, on April 23, 2020. (Photo: Xinhua)

The increase marks the lowest daily rise in four weeks. However, Professor Chris Whitty, England's chief medical officer, told reporters that he expects a small rise of the daily death toll from tomorrow due to the usual delay in reporting deaths over a weekend.

Earlier Monday, calling the pandemic as "the biggest single challenge this country has faced since the war," Prime Minister Boris Johnson told reporters that Britain is passing through the peak "with fewer hospital admissions, fewer COVID-19 patients in ICU."

Johnson, who returned to Downing Street after recovering from COVID-19, said "we are now beginning to turn the tide" against COVID-19, but he would not "throw away the sacrifice of the British people" by loosening lockdown restrictions too soon.

"I know it is tough and I want to get this economy moving as fast as I can. But I refuse to throw away all the effort and the sacrifice of the British people and to risk a second major outbreak and huge loss of life and the overwhelming of the NHS," said Johnson, urging the British people to contain their impatience.