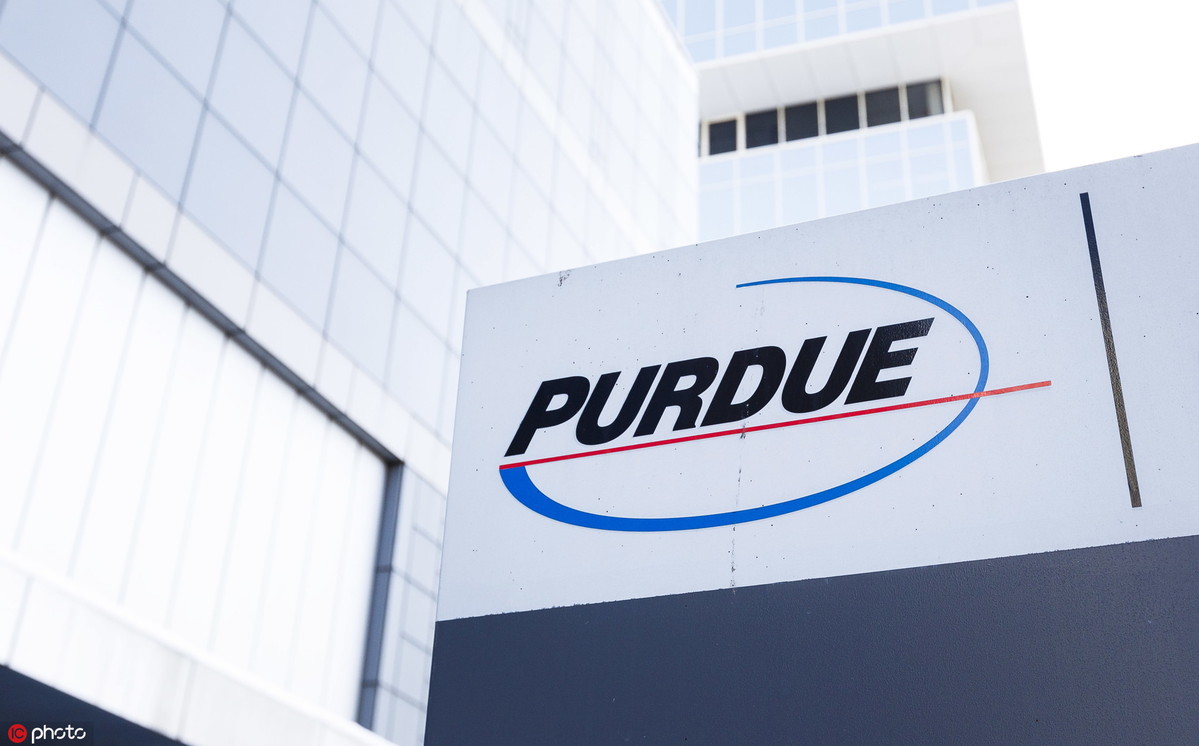 A view of a sign at the corporate headquarters of Purdue Pharma in Stamford, Connecticut, US, March 5, 2019. (Photo: IC)

A major US opioid manufacturer is offering to pay $10 billion to $12 billion to settle more than 2,000 lawsuits brought by states, counties and cities across the United States, according to a media report.

NBC News reported on Tuesday that the potential settlement by OxyContin maker Purdue Pharma and its owners, the Sackler family, was part of confidential conversations discussed by Purdue's lawyers at a meeting in Cleveland on Aug 20.

Purdue Pharma and the Sackler family have denied allegations in lawsuits that Purdue's sales practices were deceptive and at least partly responsible for the opioid crisis.

But Purdue said it was actively working with the states and other plaintiffs to reach a resolution, without specifying a settlement amount.

"While Purdue Pharma is prepared to defend itself vigorously in the opioid litigation, the company has made clear that it sees little good coming from years of wasteful litigation and appeals," it said in a statement to NBC News. "Purdue believes a constructive global resolution is the best path forward, and the company is actively working with the state attorneys general and other plaintiffs to achieve this outcome."

News of the potential settlement follows a ruling on Monday by an Oklahoma judge ordering that the drug giant Johnson & Johnson pay $572 million for its role in the state's opioid crisis.

Two companies that sold far more opioids-Teva Pharmaceuticals USA and Purdue-had reached settlements in Oklahoma, where they will pay $85 million and $270 million, respectively, but Johnson & Johnson proceeded to trial.

Oklahoma prosecutors described Johnson& Johnson as a "kingpin" in an epidemic that has killed more than 400,000 US citizens since 2000.

The company contended at trial that it should not shoulder the blame for the opioid epidemic because its opioids had modest sales and because the drugs were regulated by state and federal agencies.

Johnson & Johnson subsidiaries sell Duragesic, a pain patch containing the powerful opioid fentanyl, and Nucynta pills. Both carry the US Food and Drug Administration's strongest warnings about risks of addiction, abuse and life-threatening respiratory depression. Johnson & Johnson argues that it marketed the drugs accordingly and didn't mislead doctors about risks.

Johnson& Johnson plans to appeal the Oklahoma court ruling. Analysts have said that the Oklahoma sentence was far below a liability that could have been as high as $17 billion. The lower figure probably helped the company's stock to rise almost 2 percent on Tuesday. It earned profits of $22.3 billion last year.

Still, Johnson& Johnson has been named in more than 2,000 lawsuits brought by state and local governments related to the marketing of opioids. "The case does not establish a legal precedent for other cases," said Erik Gordon, an analyst and professor at the University of Michigan's Ross School of Business.

"It is a lower court verdict in one state that doesn't bind other courts. Even in Oklahoma, the verdict may or may not be upheld when J&J appeals to a higher court," he said.

Johnson & Johnson appears to have multiple grounds for appeal, he said, arguing it had only a 1 percent share of opioid sales in Oklahoma and in the country as a whole, and that the state didn't prove it caused a public nuisance.

In the US, more than 130 people die every day after an opioid overdose, the Centers for Disease Control and Prevention estimates.